As some of you may know, I am a fan of DC Super Heroes. So when I learned that there was going to be an exclusive Katana available at San Diego Comic Con I was glad, since the DC Superhero Girls line hadn't released one yet, but also sad, since I was sure I wouldn't be able to get one for a decent price. 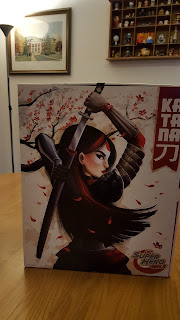 Fortunately, some one I knew was going to SDCC and told me that they would get one for me. Hooray! 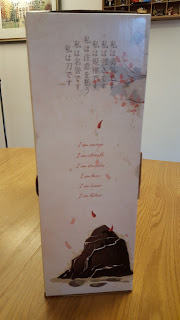 Her outer box is beautiful. 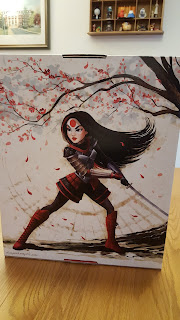 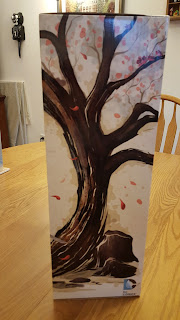 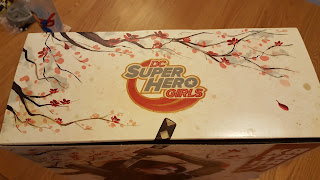 And her display box is lovely too. 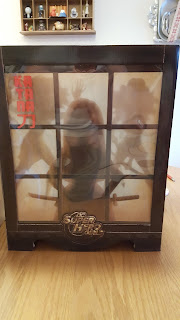 The front screen slides out to reveal Katana in her practice dojo. 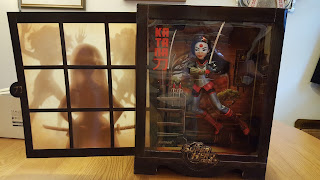 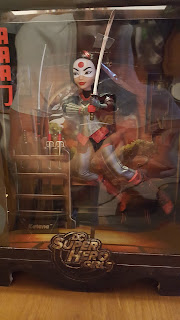 Here is the inside of the display pulled out of the box. 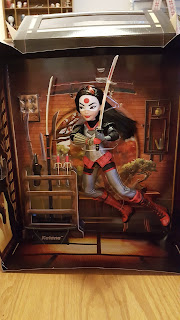 As you can see, she comes with lots of weapons. 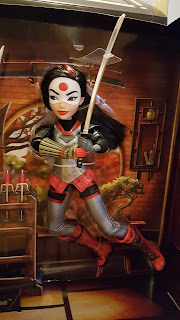 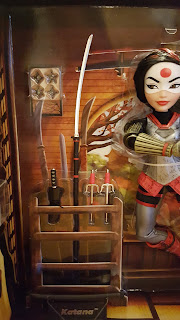 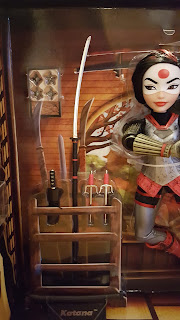 She comes with a stand, too, unlike the other Superhero Girls. 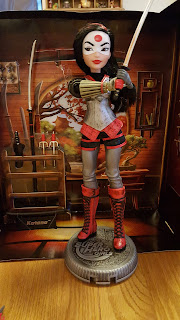 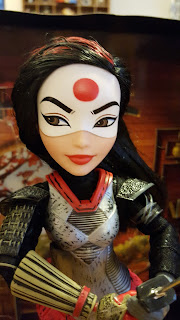 And a pair of extra hands. 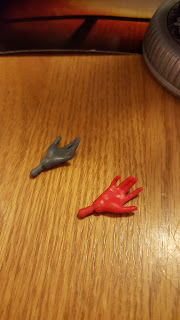 Katana, already a martial artist, trained as a samurai after her husband and children were killed. Using the mystical sword of the man who murdered them, she fights criminals in her search for justice and revenge. 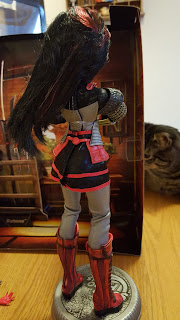 For a time she fought alongside Batman and the super hero team the Outsiders. 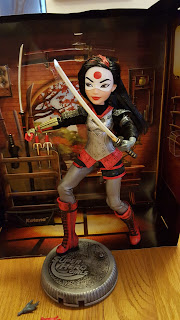 She appears in the current movie, The Suicide Squad. 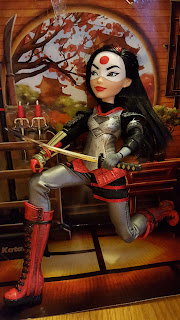 And of course, is a character in DC Superhero Girls. 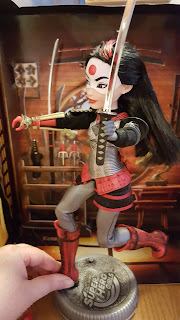 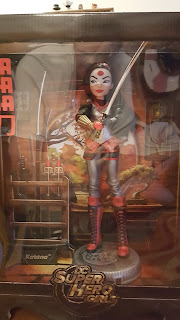 Posted by aprilperlowski at 10:09 AM