I was looking through my doll collection to find any representing medical professionals, and realized that I really don't have any. Then I remembered that my first Petite Blythe was redressed in the Irish costume, but really came in a Candy Striper or Nurse uniform. I took her out of her clothes, got her back into her original outfit, and voila! 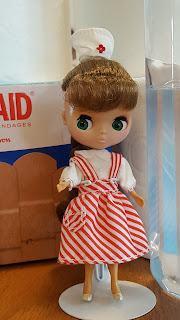 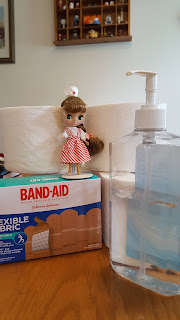 She decided to pose with her supply of toilet paper and hand sanitizer, important items during this time. 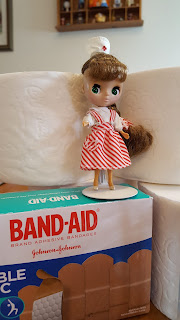 Thank you to all the Doctors, nurses, medical assistants, custodians, and the rest of the medical professionals out there. You are needed, appreciated, and have sacrificed so much. Please stay safe.

Posted by aprilperlowski at 11:54 AM No comments:

This Poison Ivy was released in 2016 with the other first release dolls. I didn't buy her originally, since I wanted to focus on the heroes from the line, not the villains. Now that I have her, I am just missing one doll from the original release - Harley Quinn. 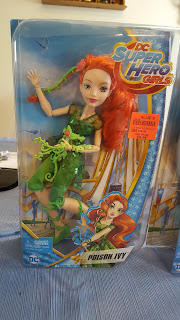 Hawkgirl was an Amazon exclusive that was released around December 2017. She was a slightly more expensive doll than the other basic dolls when she first came out and was hard to find. 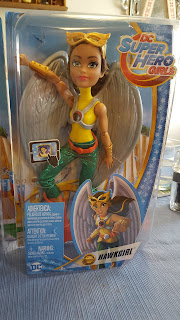 The back of Poison Ivy's box gives a little bit of information about her. Unlike Batgirl, Supergirl, Wonder Woman, and Bumble Bee, she did not have a student ID card in her box. Neither did Hawkgirl. Weird. I do not remember, offhand, if Starfire, Katana, or Killer Frost had ID cards. 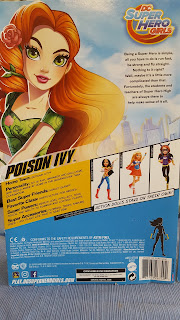 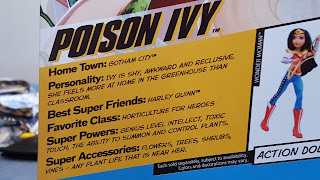 In DC comics, Poison Ivy's alias is Dr. Pamela Isley. She is a botanist (plant scientist) and used her knowledge of plant toxins to commit crimes. Later she gained super powers that allowed her to grow and control plants and emit plant toxins herself. She has become an eco-warrior and is close friends with Harley Quinn. 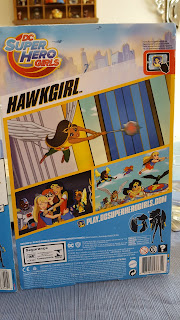 Not only did Hawkgirl not have an ID card, there is no information about her on the box.

This Hawkgirl is based on the third Hawkgirl - Kendra Saunders (the first two were Shiera Sanders Hall and Shayera Hall). Kendra was a teenager when she committed suicide and the spirit of Shiera Hall entered and resurrected her. Kendra decided to continue Shiera's legacy and became her own incarnation of Hawkgirl. 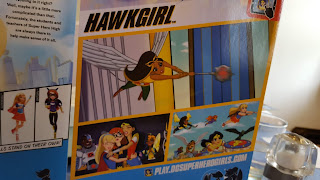 And now the photos: Poison Ivy 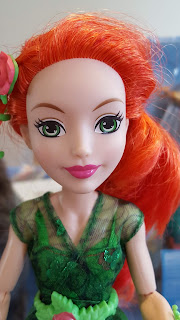 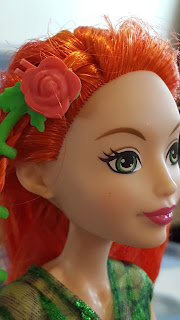 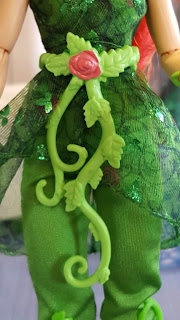 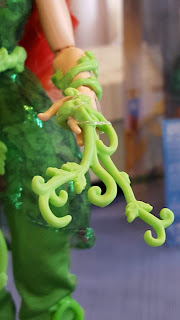 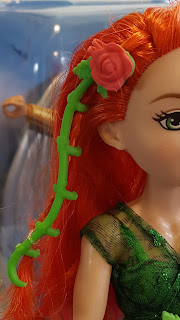 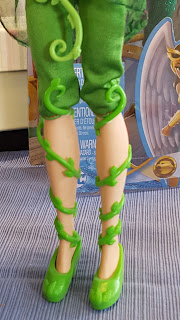 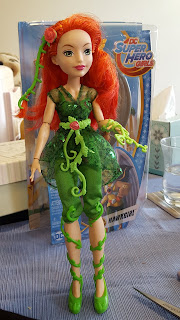 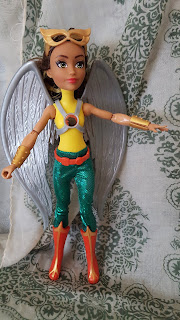 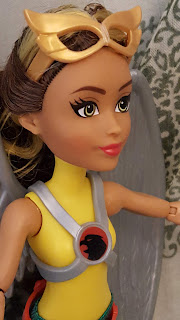 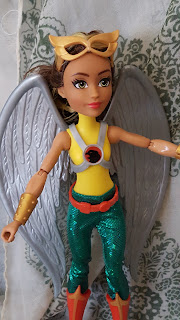 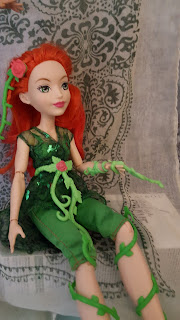 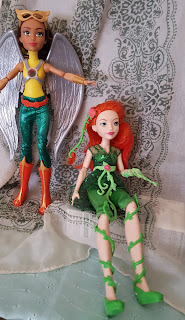 And now some of the whole DC Super Hero Girls gang. 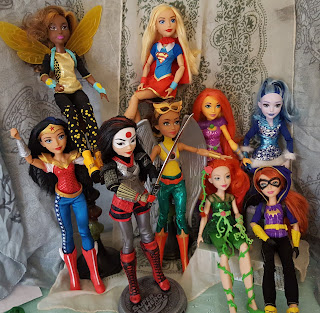 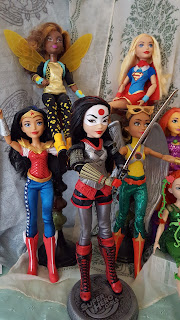 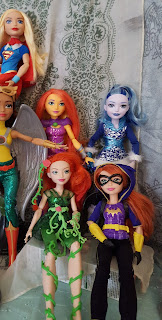 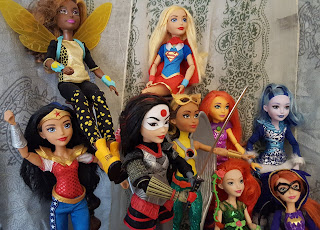 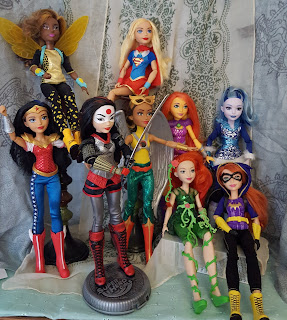 Posted by aprilperlowski at 2:15 PM No comments: