The Fussa Tananbata Festival is a 4 day celebration of the meeting of two gods who are separated by the Milky Way and can only be together once a year. Here is a link to the Wikipedia article about Tanabata http://en.wikipedia.org/wiki/Tanabata. 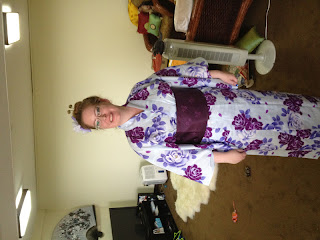 Dave and I dressed up in our Yukatas and walked into town, past the Seiyu (where my Re-Ment toys usually come from) and through the train station to the other side. 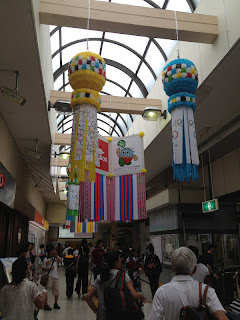 There were decorations in the train station. 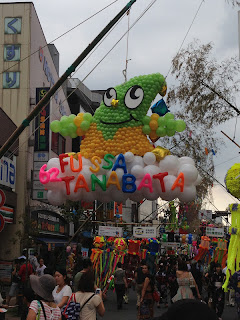 And in the street. This is the "Official" mascot of the festival. I think his name might be Kenki. To me, he looks like an ear of corn. 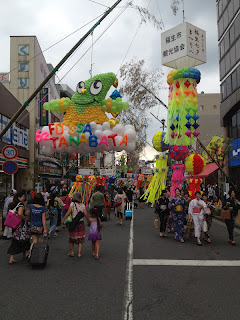 Many fair goers got dressed up in their Yukatas for the festival. Dave and I received a lot of compliments on our Yukatas from Japanese men and women (and some giggles). 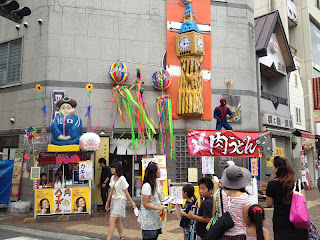 The decorations were wonderful. Stores, individuals, and groups put up their own, unique decorations and they were judged earlier in the week. There were also many food, drink, and game stands. 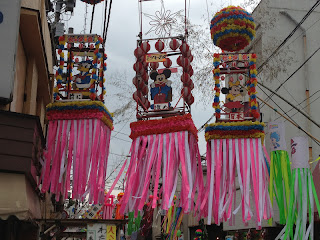 Look, it's Mickey and friends. 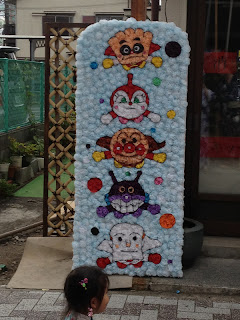 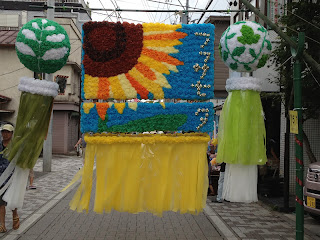 This one was amazing. 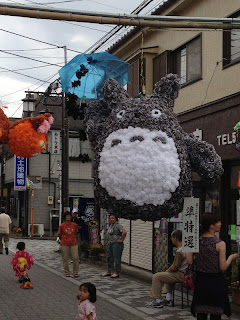 Totoro and the Cat Bus were even represented. 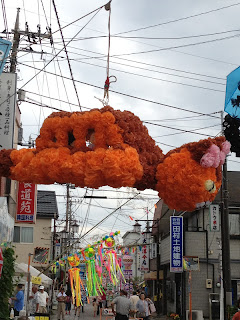 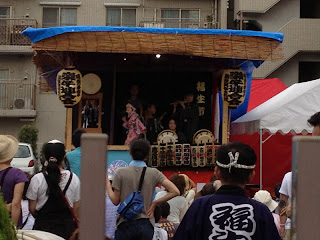 As we walked along, we came upon this performance. The band and drummer are playing, while the puppet dances. It took me quite awhile to make up my mind as to if this was a puppet or a human performer. I finally decided on puppet. 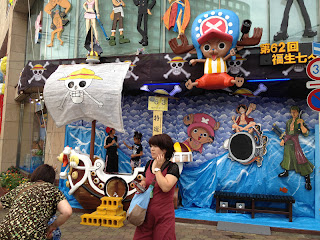 Dave had Yakitori and a beer for lunch. I had toasted mochi on a stick for a snack. Later we shared a spicy chicken kabob sandwich and Mango drink. Fair food is oishii. 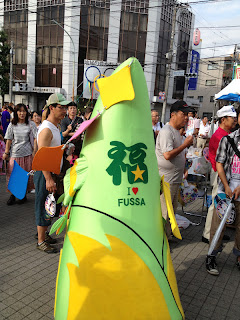 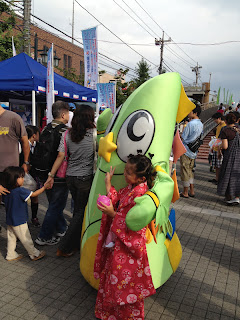 Did I mention that the festival had its own mascot? Here it is posing for photographs. 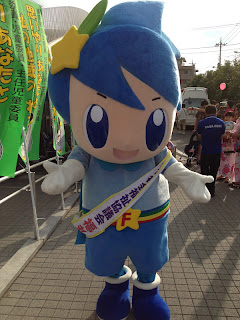 I think this guy is probably the male star/god that the festival is about. The star on his head was my big clue.

Tired, hot, and sweaty, we eventually called it a day. Next year, I'd like to see the parades that were held the first two days of the festival.

Posted by aprilperlowski at 4:16 AM