I decided that I should start unboxing and sharing with you some of the Licca dolls that I own that are still in their boxes.

So today I chose this one. 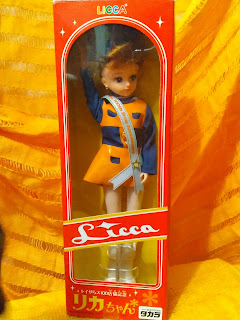 This is the Licca released in honor of the opening of the 100th Toys R Us store in Japan (Toys R Us 100th Store Anniversary Licca). 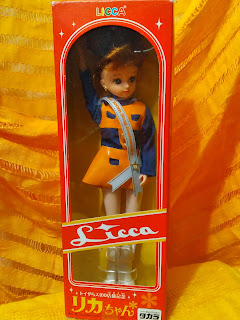 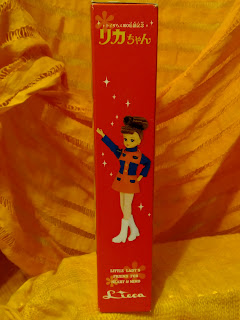 She is a reproduction of of a 2nd generation Licca doll and was released in 2000, I think. 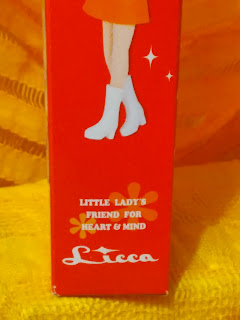 Even her box is delightfully groovy in the illustrations. 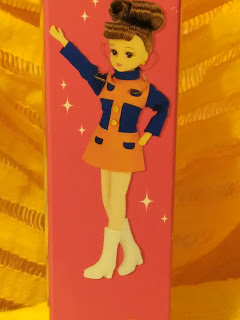 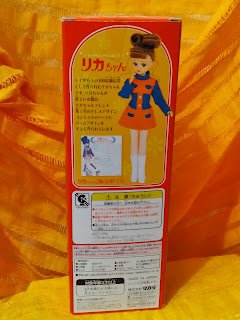 Her hair is up in a style I have seen on a doll labeled 1st Gen, but her face appears to be 2nd Gen. 2nd Gen Liccas first came out in 1972. 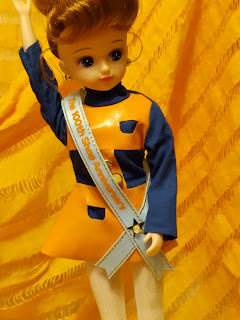 She is totally mod in her pleather mini dress and white gogo boots. 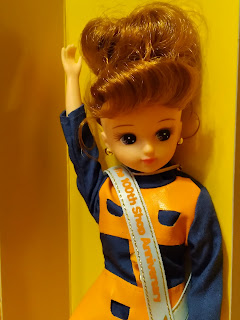 As a special edition doll, she even came with a stand. 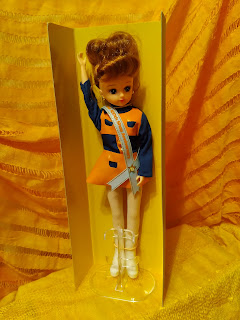 As a bonus, here are photos of the booklet that came with the doll. 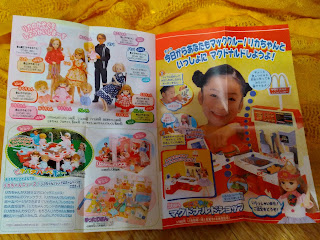 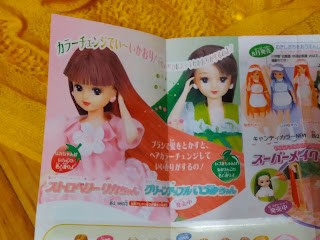 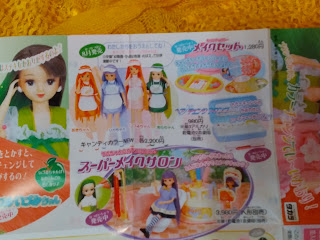 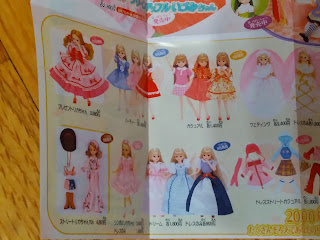 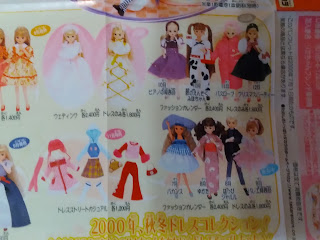 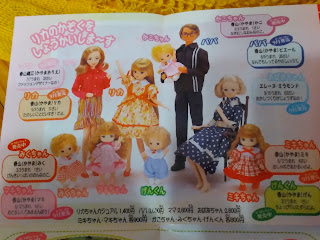 Posted by aprilperlowski at 12:58 PM