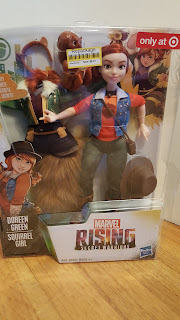 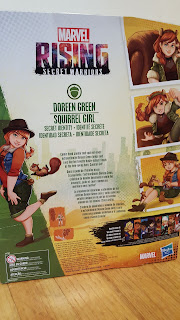 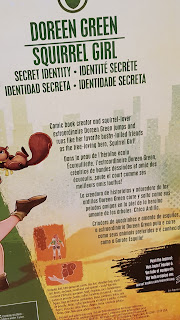 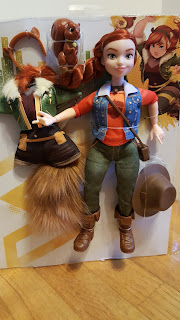 This Target exclusive is wearing her civvies and comes with her uniform and Tippy Toe, her squirrel best friend. 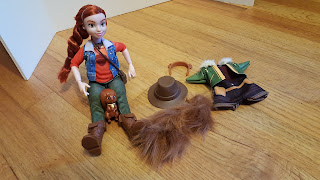 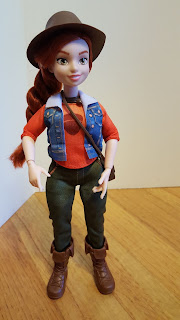 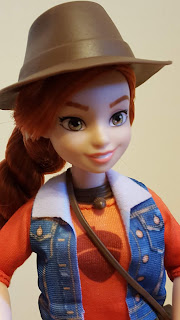 Eeek! Her legs are green. Are you sure she's not frog girl. OK, they are just her uniform tights. Whew. 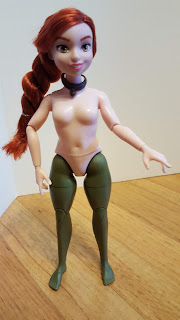 I was surprised at how short she was compared to Curvy Barbie and DC Super Hero Girls Supergirl. She is just under 10 1/2 inches tall, and curvier than the others, just like in the comics. In the comics she also has large, you might say squirrel like, buck teeth and short red hair. 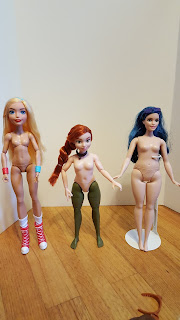 Here she is redressed in her costume. I had to plug her tail into her back. Her tail is supposed to be part of her and in her everyday identity as Doreen, she stuffs her tail into her pants, giving her the appearance of having a very large bottom. This tail will not fit in her regular outfit. Too bad. 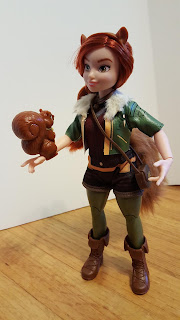 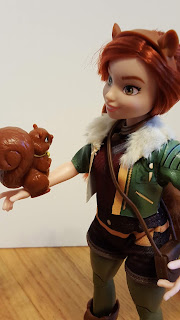 It looks like Doreen, I mean Squirrel Girl, and Tippy Toe are ready to "Kick butts and eat nuts!" 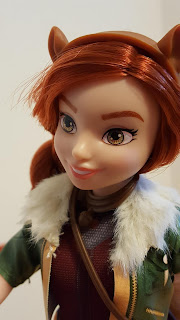 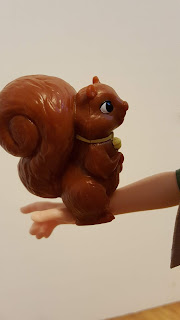 Posted by aprilperlowski at 12:08 PM