Another doll I purchased from Toys R Us when it was closing is Jakks Pacific's DC Superhero Girls Toddler Batgirl. 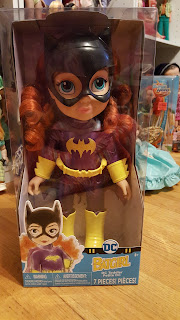 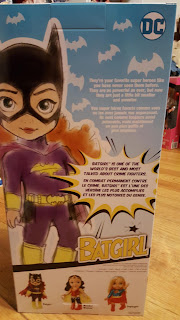 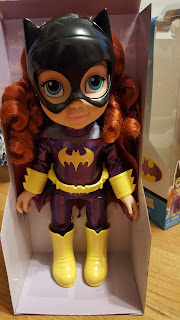 Barbara Gordon/Batgirl/Oracle is one of my favorite characters that came from the pages of Batman comics. And seeing her in this form just makes me go "Squeeeeee!" She is too cute. 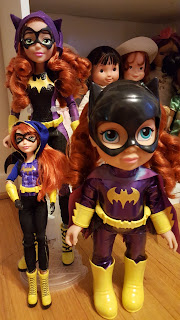 Her helmet/mask/faceplate has an elastic band to hold it in place, but the factory also put in four, very hard to remove plastic pieces. After much grumbling and light scratching of the vinyl, I finally got them out. 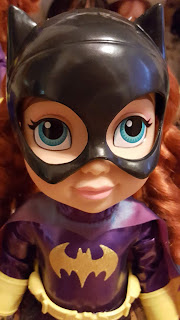 A downside of Batgirl not being removed from her box until now, is that he black tutu had stuck to her pants in the back. I had to gently separate them. 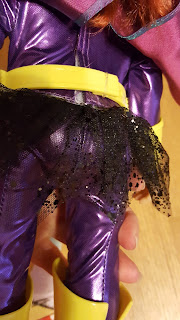 Her hair is matted, from her captivity, but I am sure I can fluff it up. 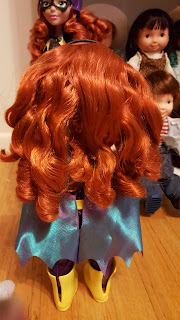 She is just a smidge shorter than My Friend Mikey who said he would gladly play Bruce Wayne for her. 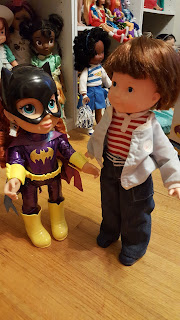 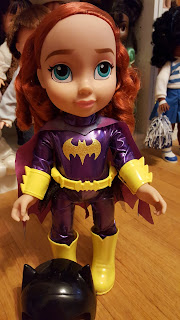 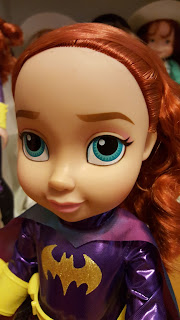 With 5 points of articulation, she feels like a very sturdy play doll and she can stand on her own, which is always a bonus. 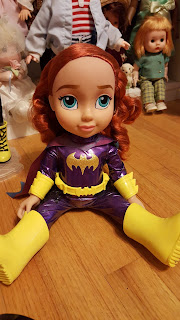 I guess today could be called a superhero Saturday. 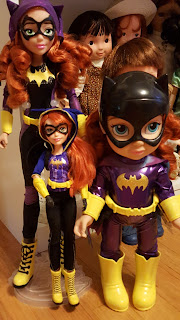 Posted by aprilperlowski at 1:54 PM