The two dolls I bought in Toy Alley, Seoul, Korea, are Mimi and Little Mimi. 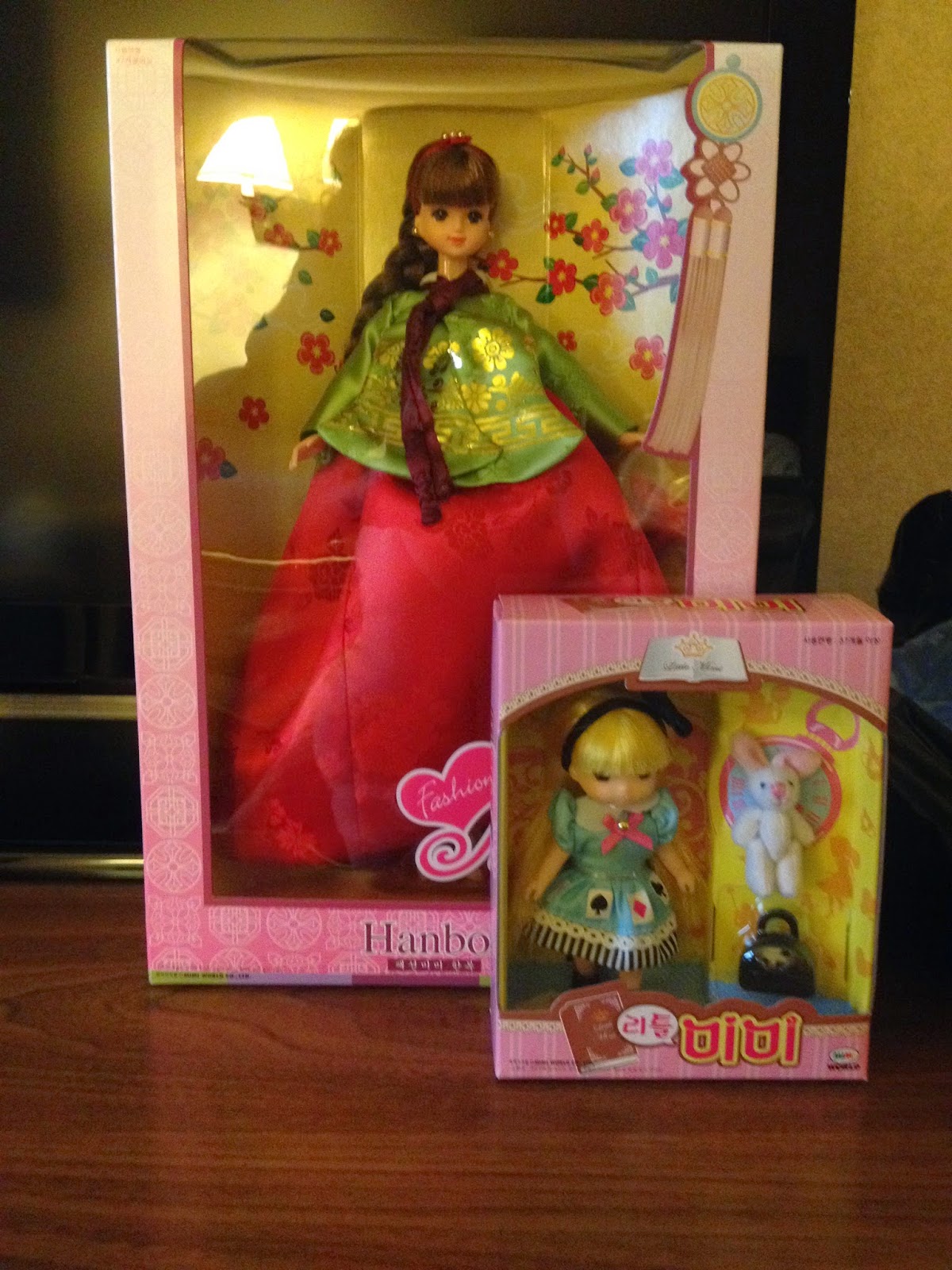 The Little Mimi was a great deal at 6,000 Won, the equivalent of $6.00. The one I chose is dressed as Alice in Wonderland and comes with a stuffed rabbit and a black plastic purse that opens and closes. 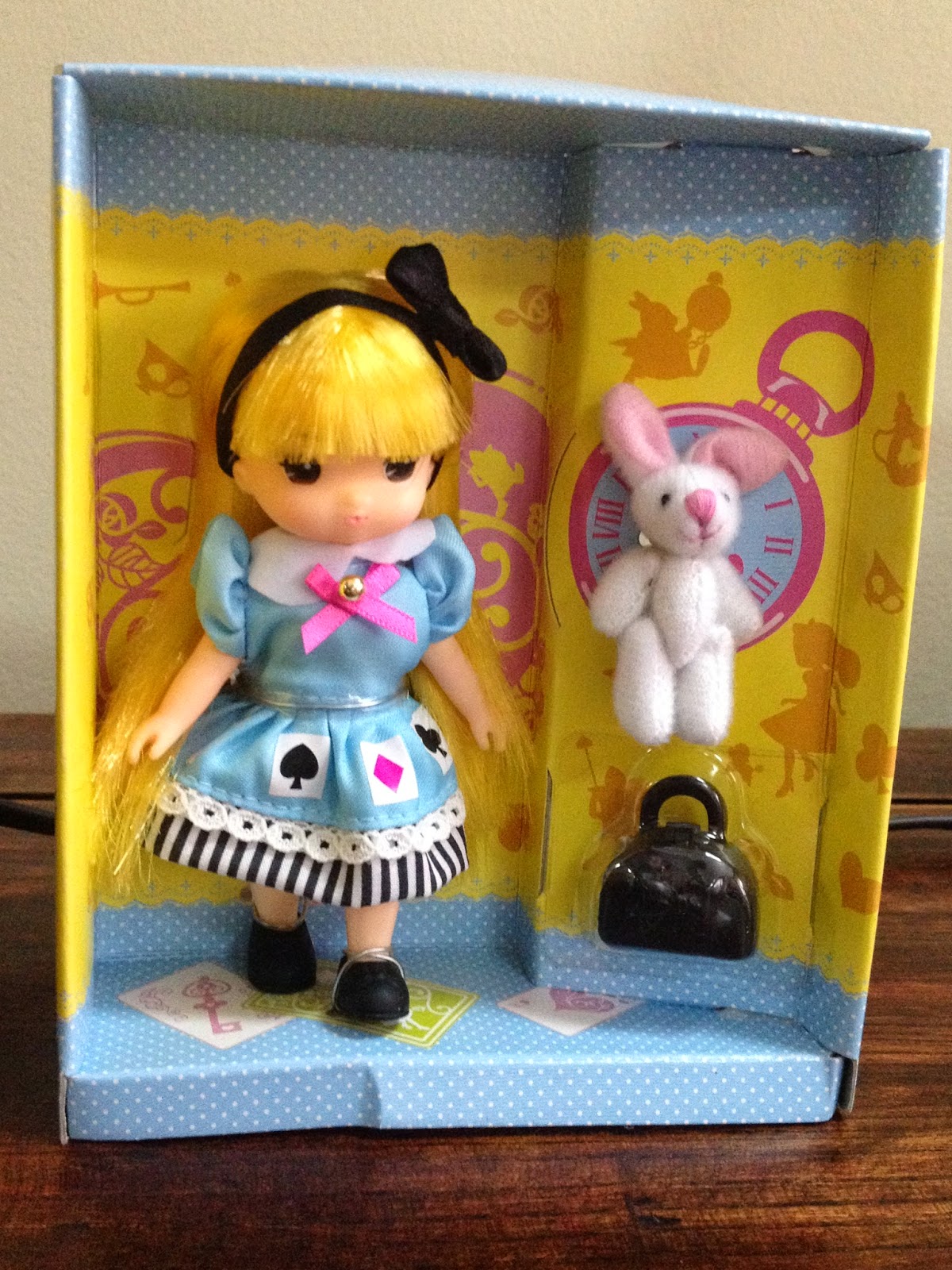 Here she is out of her box. What a cutie. She doesn't stand by herself, so I leaned her up against a screen. 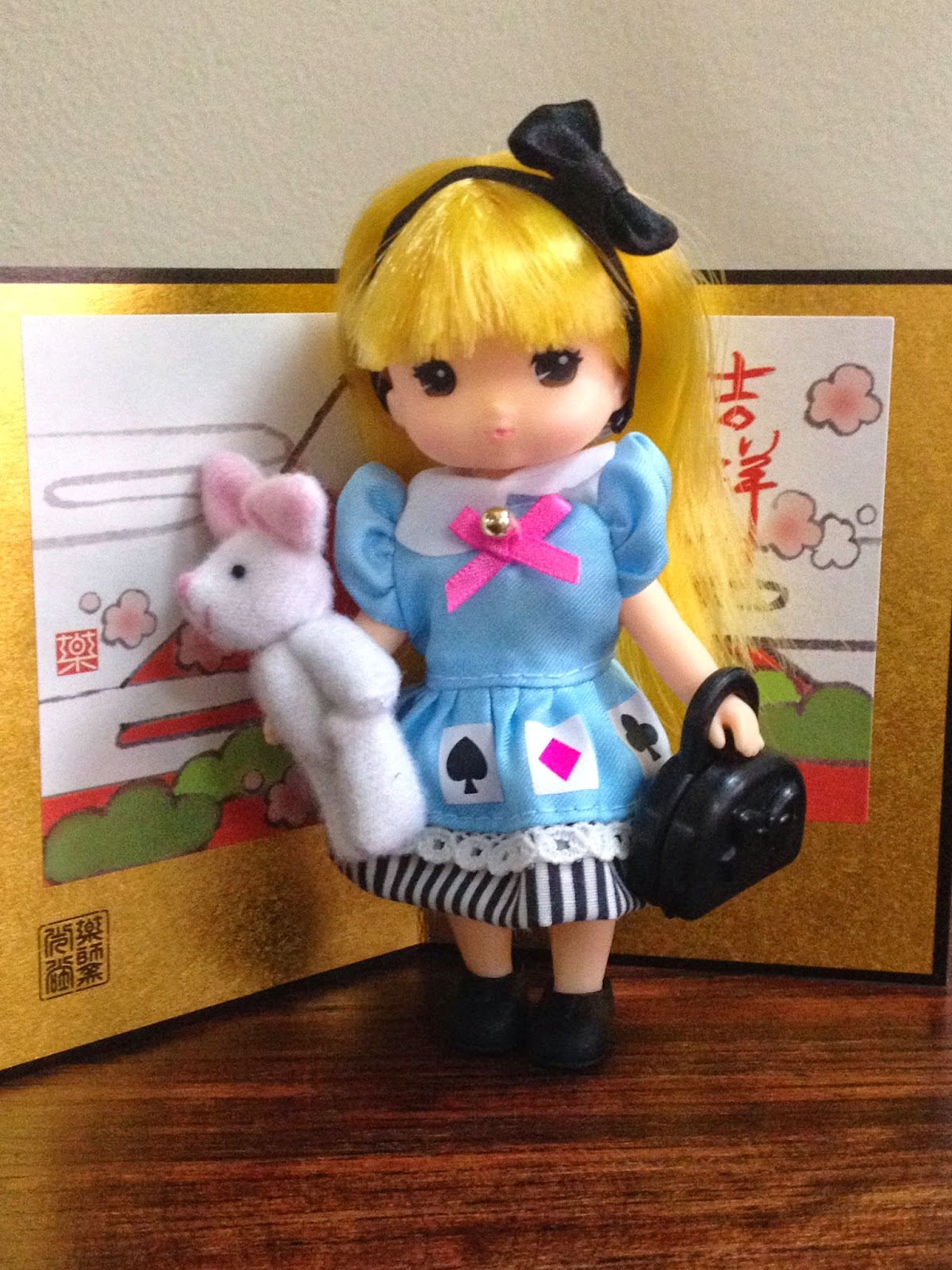 The full-size Mimi I chose is wearing a traditional Korean Hanbok. 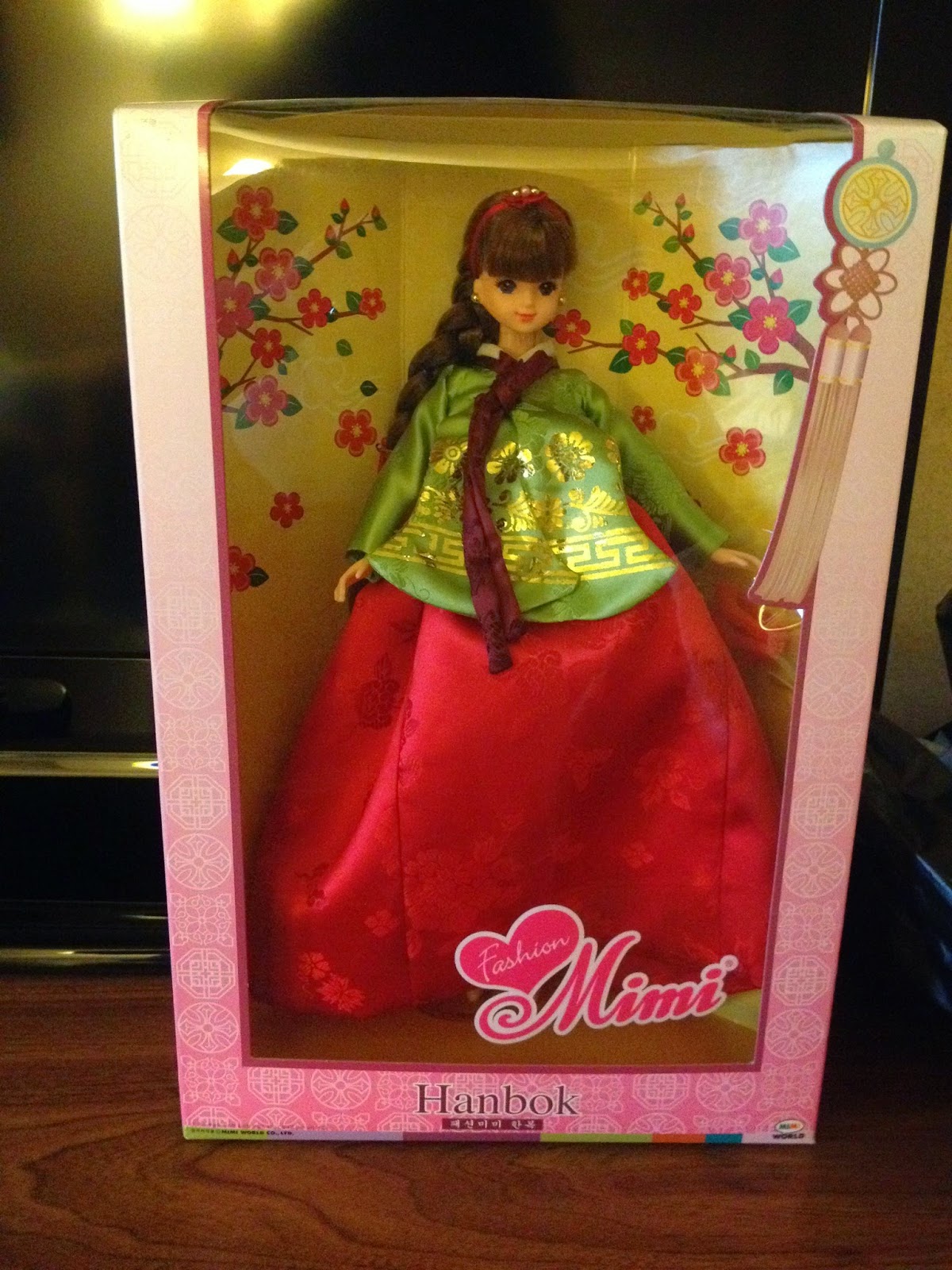 The back of the box shoes two versions of the Hanbok doll. Being anti-pink, I bought the red one. 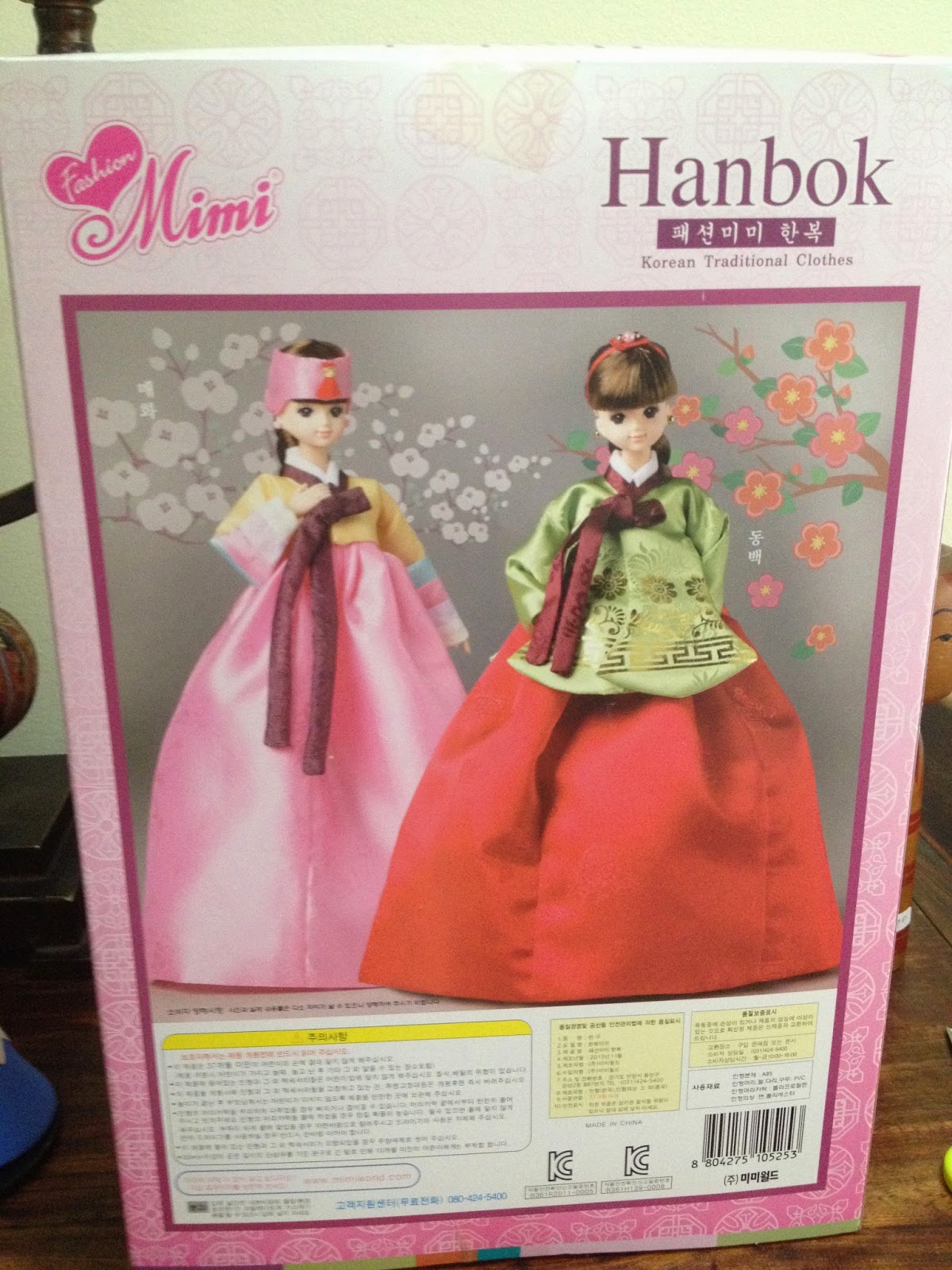 Here she is out of the outer packaging. 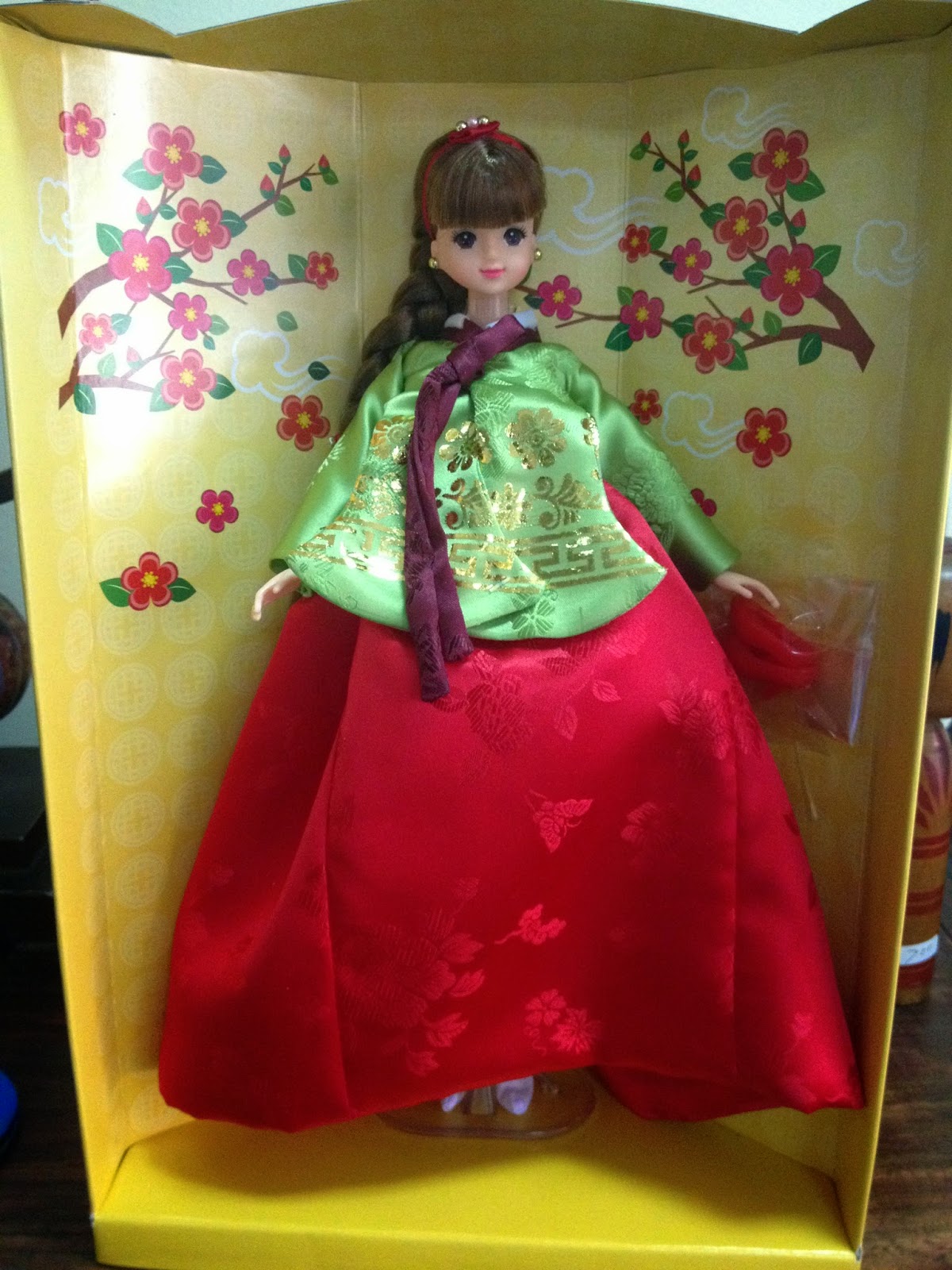 In the box was a Mimi pamphlet. Yay! 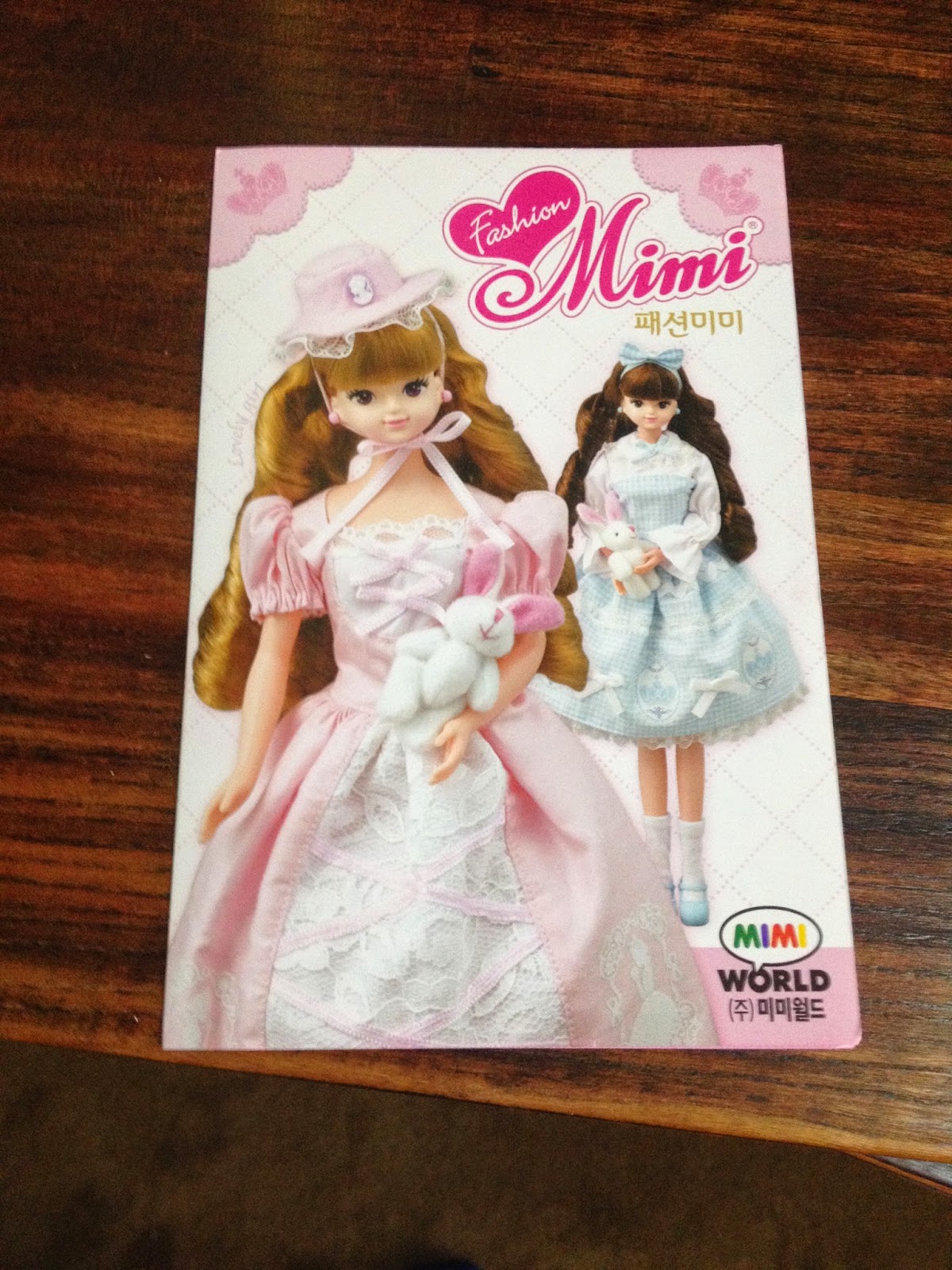 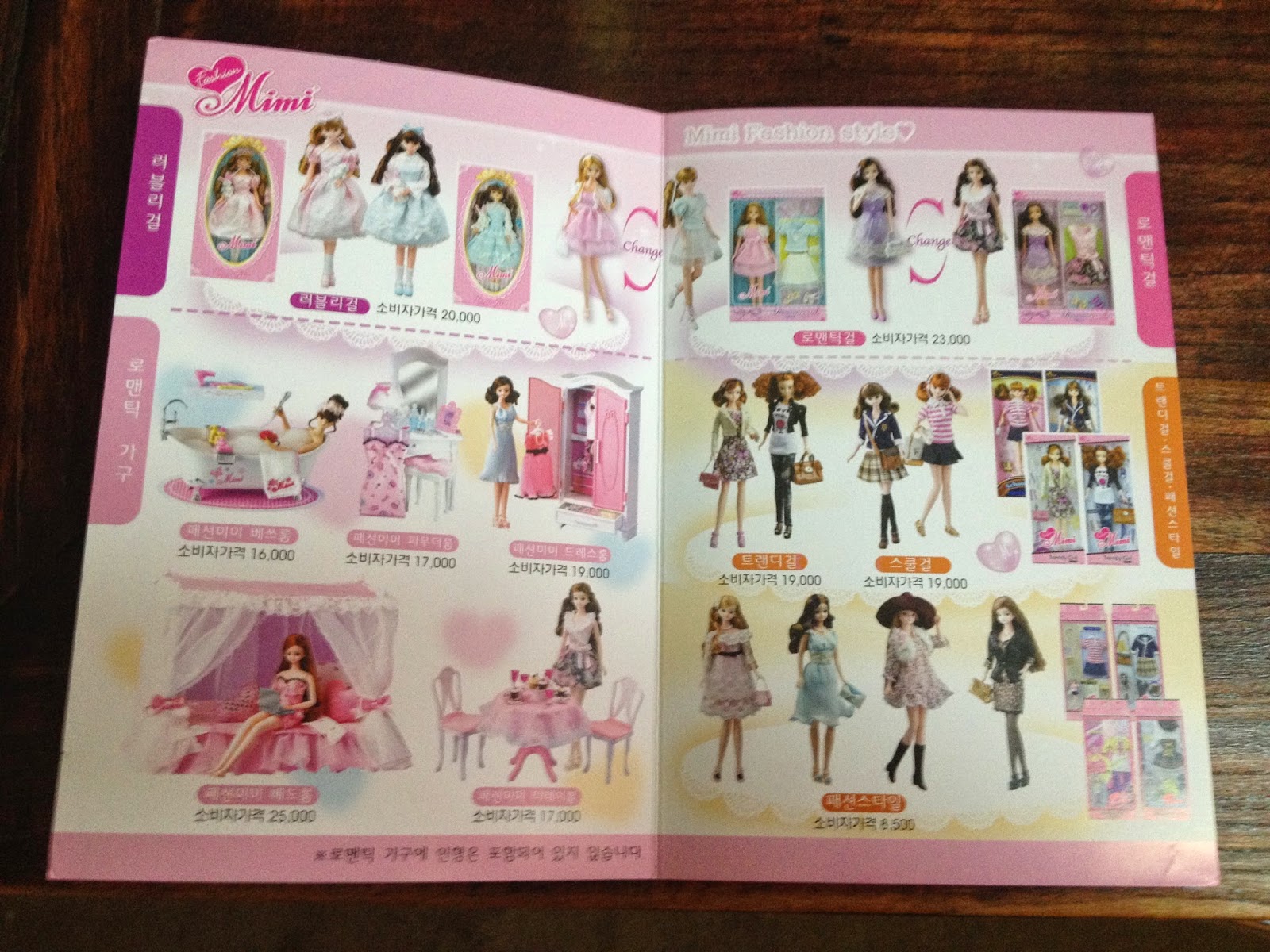 It seems buying my Mimi in Toy Alley was a wise decision, the recommended selling price is 25,000 Won, I bought mine for 18,000 Won. 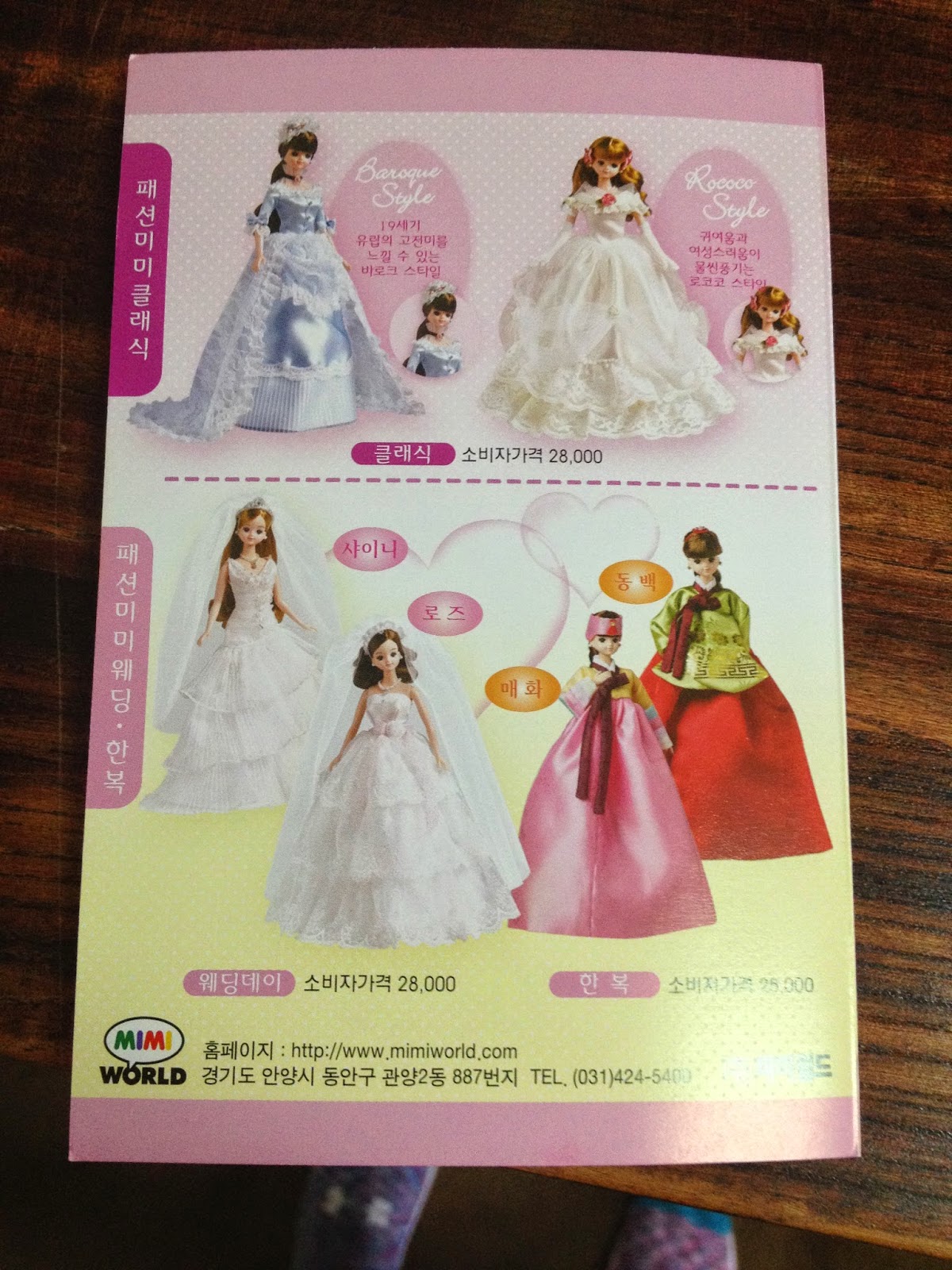 Out of the box, Mimi has a problem standing up straight. I had to lean her waaaaaay back for this photo. I'm pretty sure her stand is seriously off kilter. 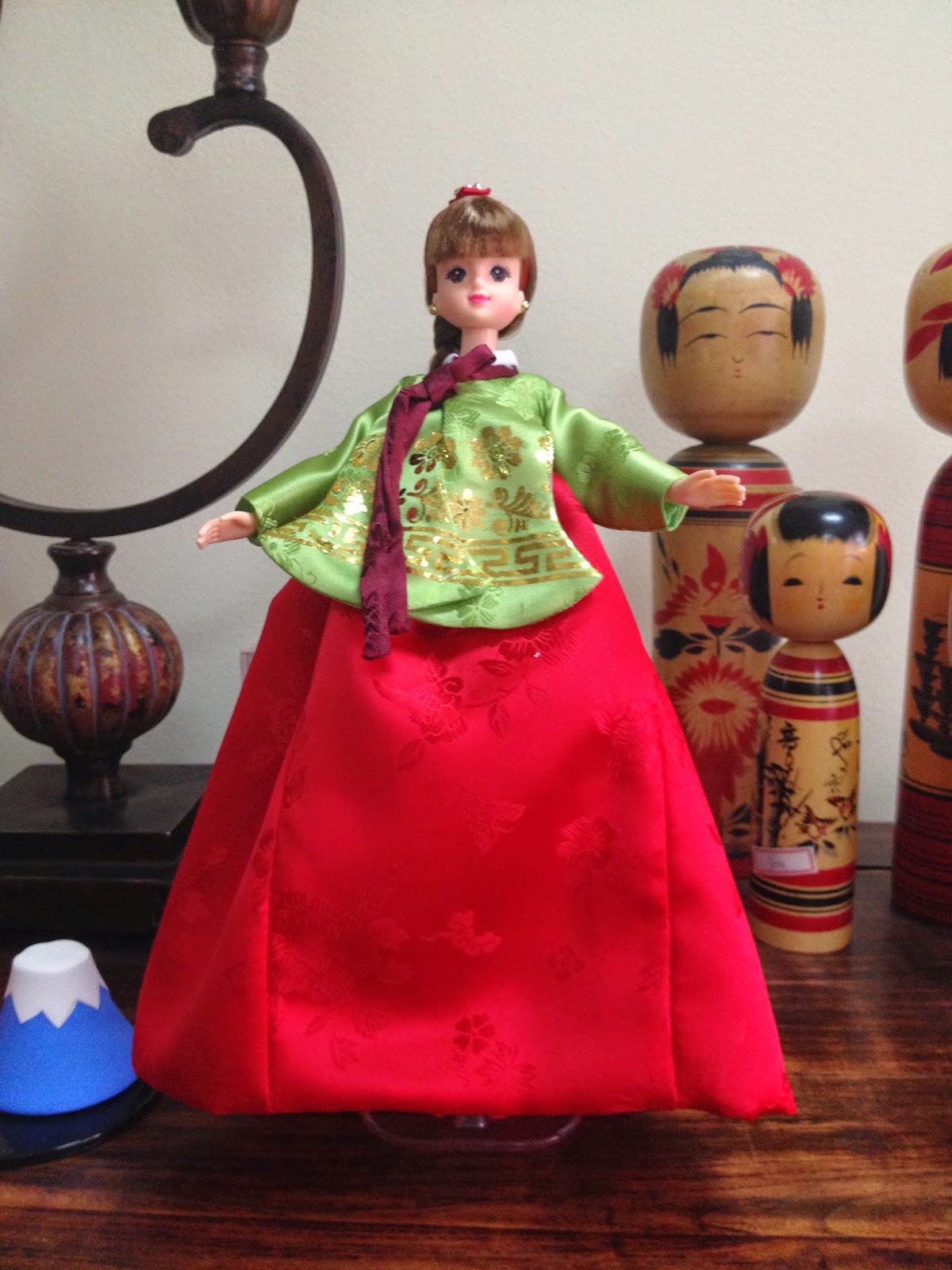 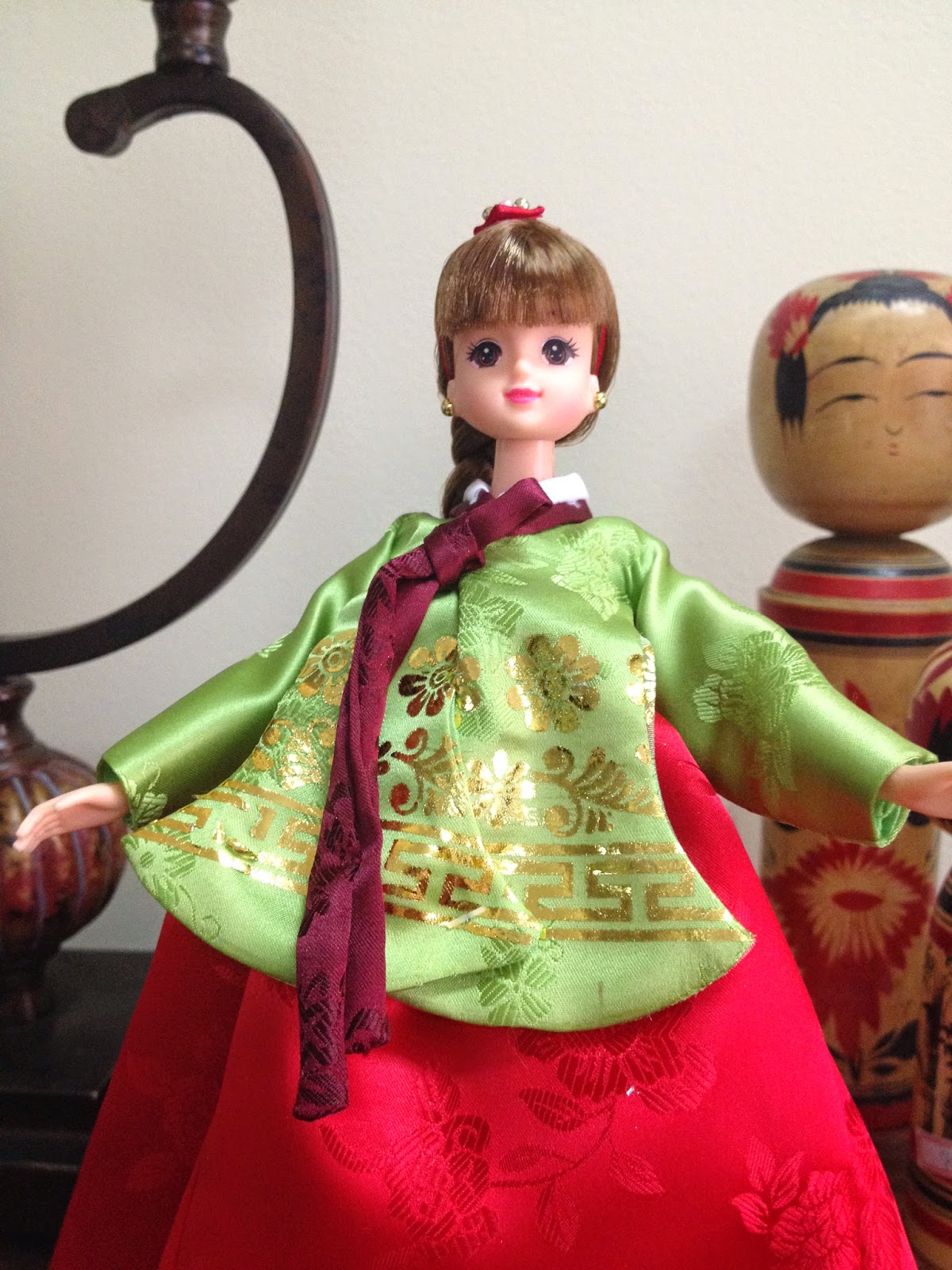 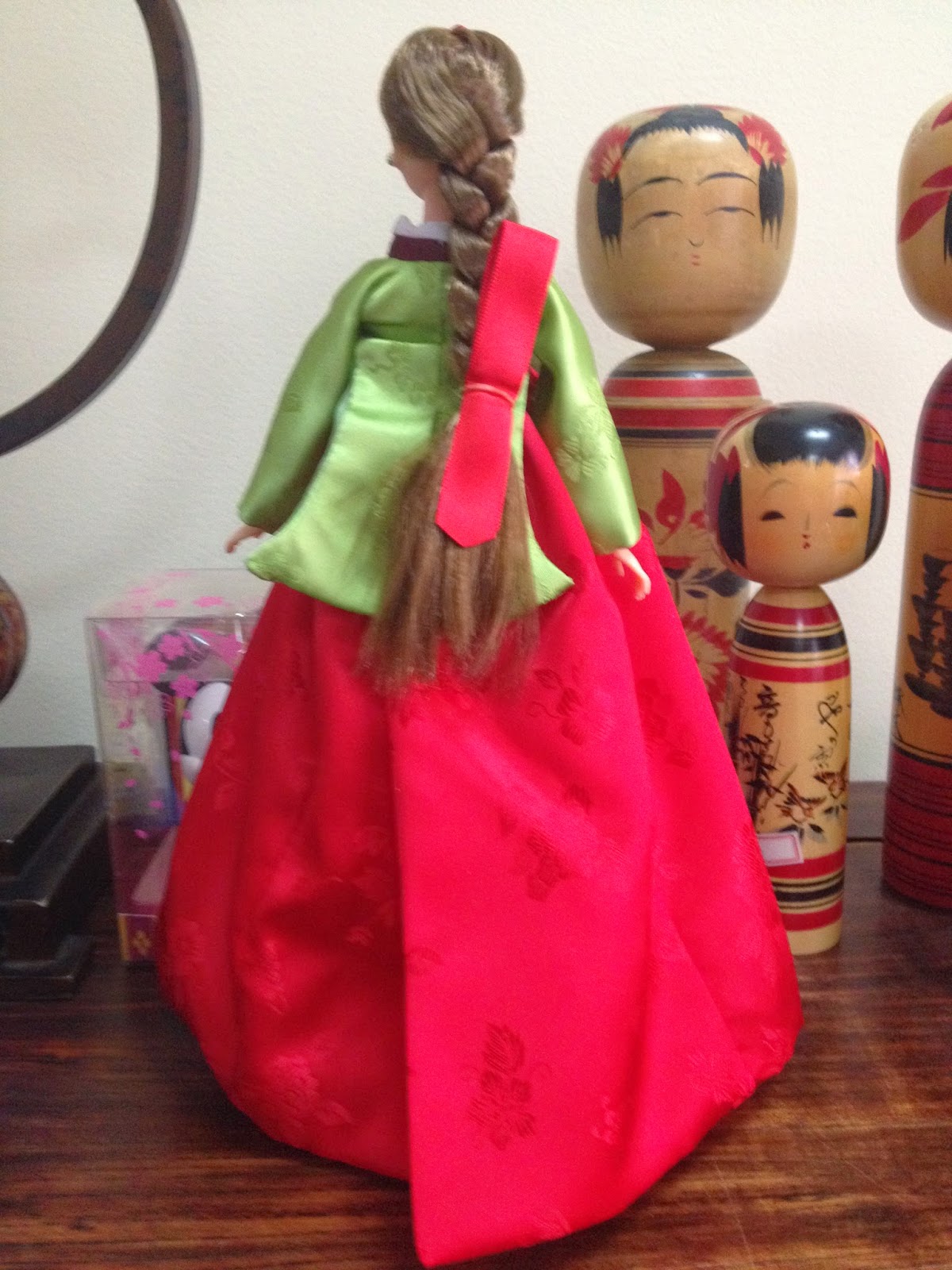 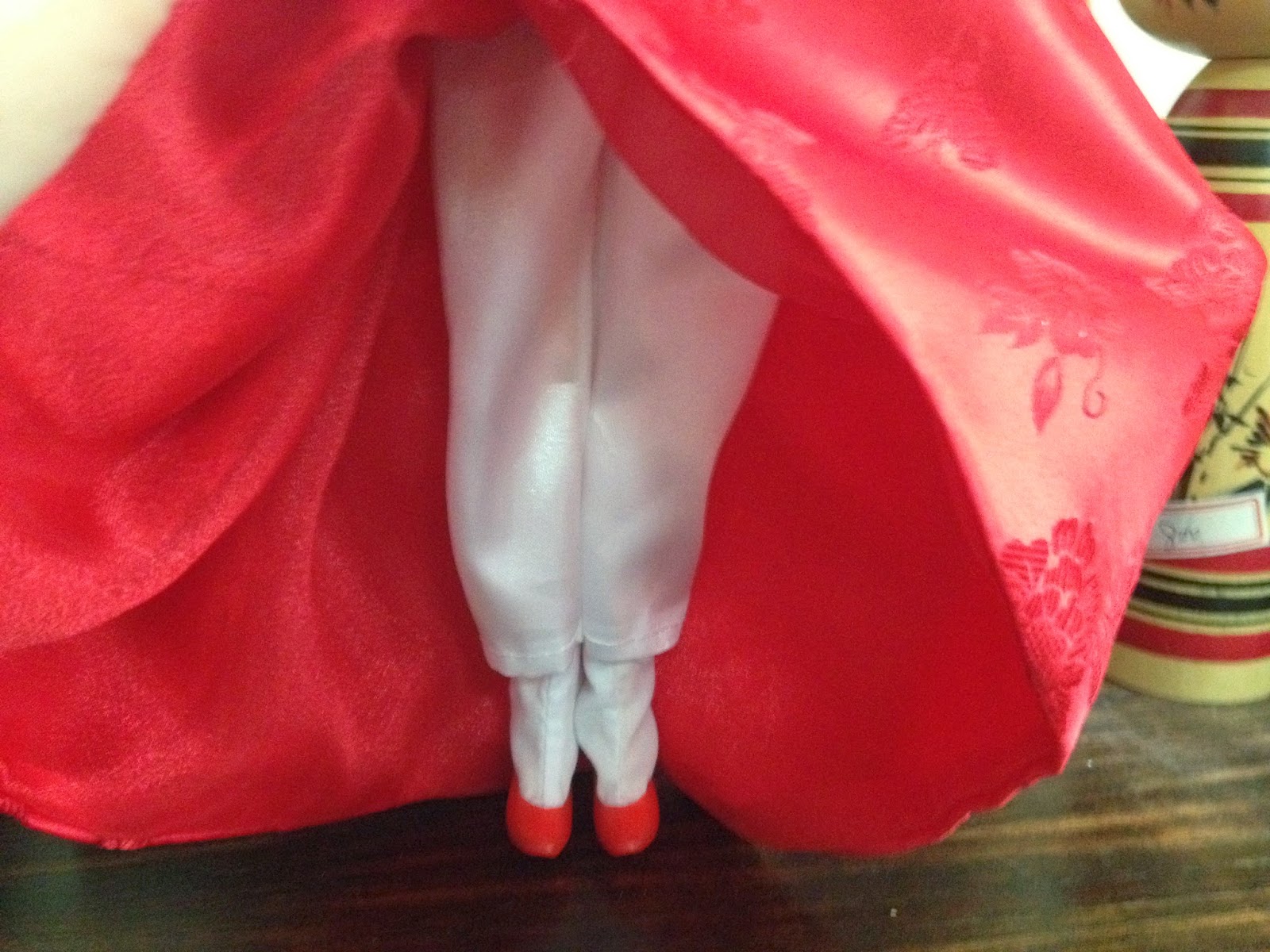 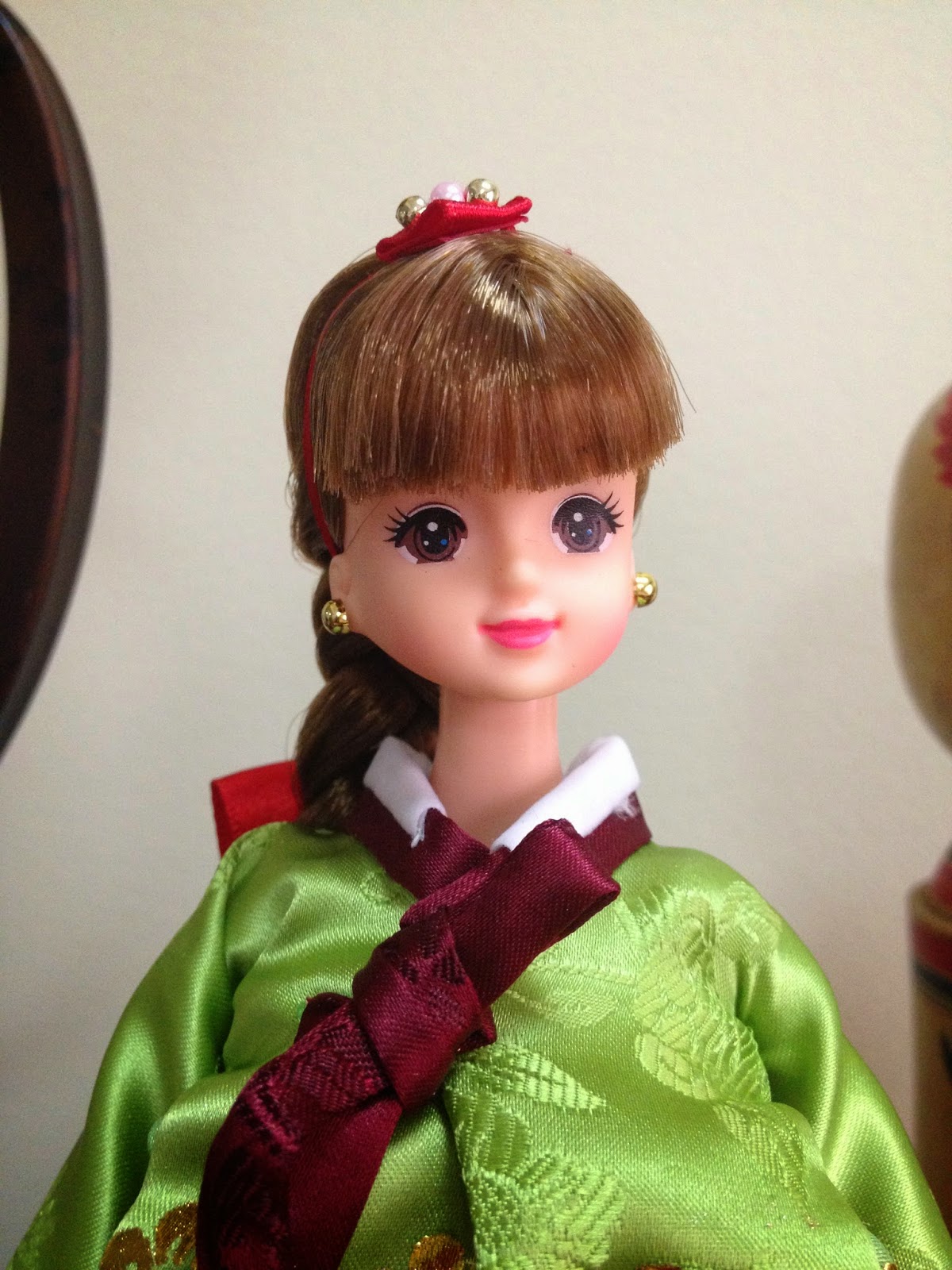 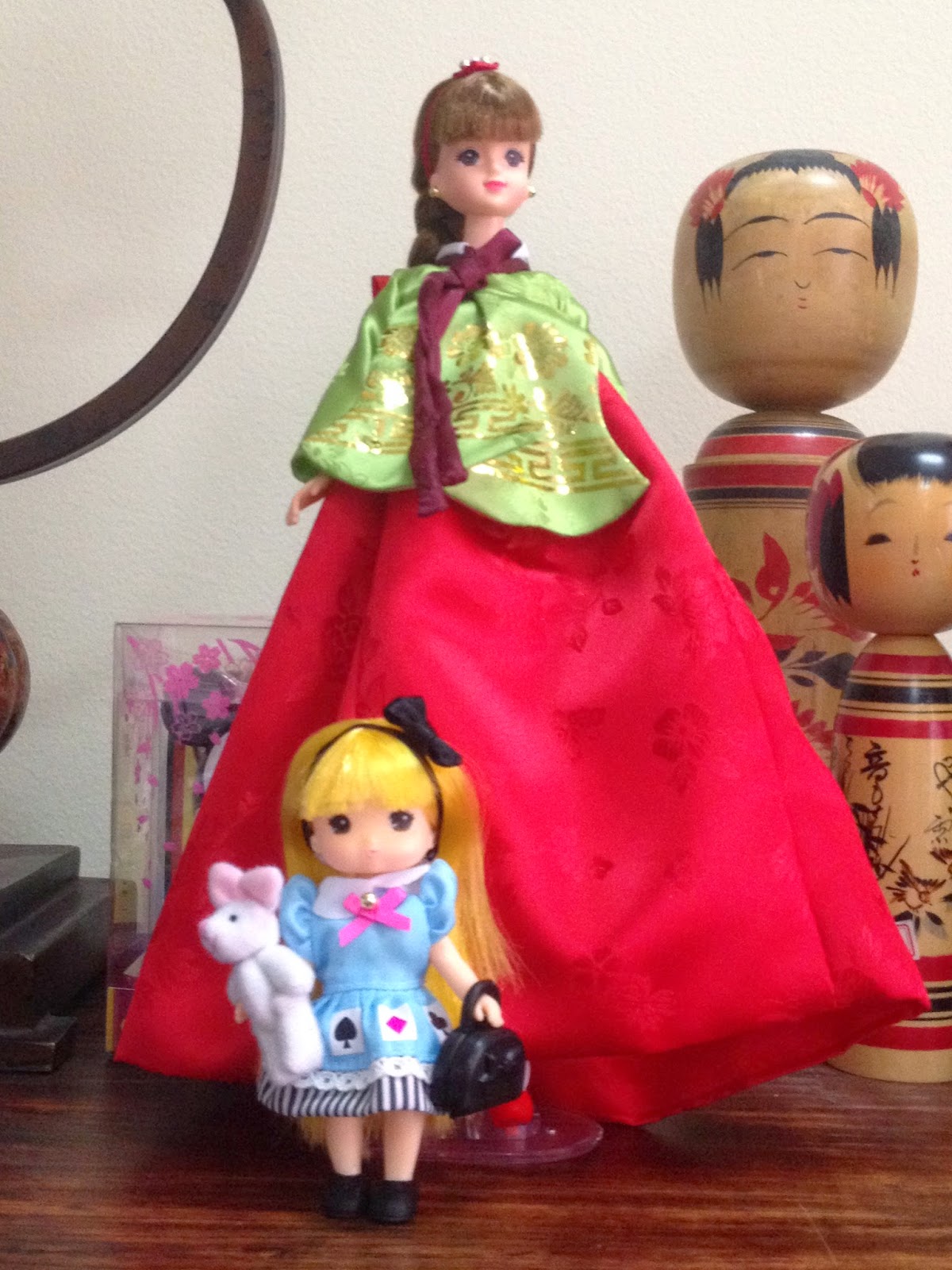 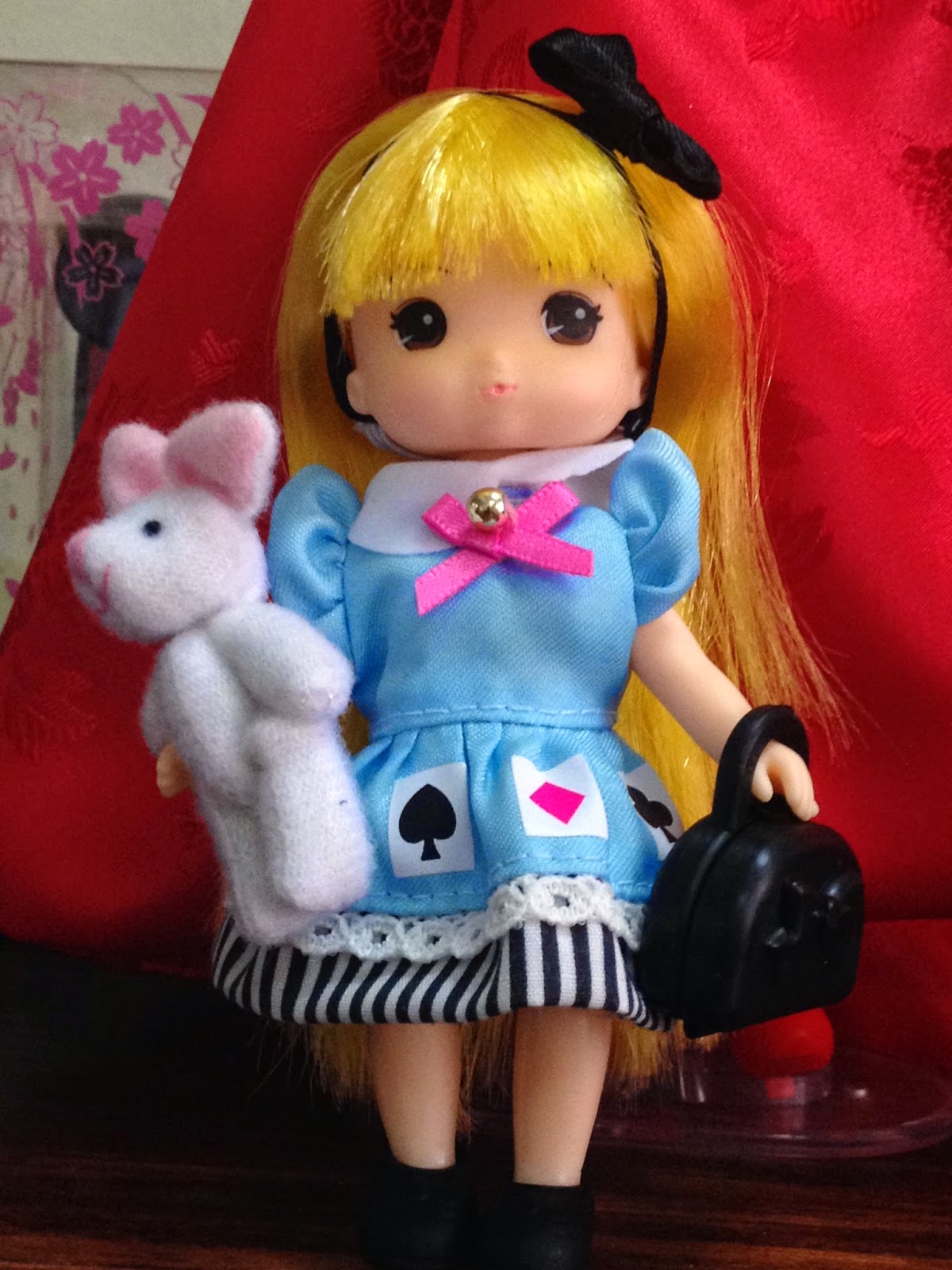 Posted by aprilperlowski at 12:06 AM