We spent a lovely summer day at the Edo-Tokyo Open-Air Architectural Museum. 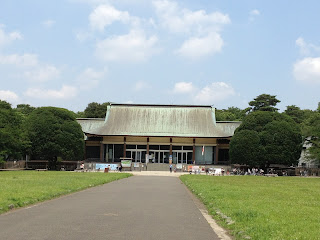 We were pleased at how relatively close the park is to us. We took the train to Musashi-Koganei and then a short bus ride to the Koganei-Koen Nishi Guchi stop. After that, it was just a few minutes of walking to the Museum.

The museum has original buildings from the Edo period and after that have been moved there from all over Tokyo. Most of them can be entered, as long as you remove your shoes. 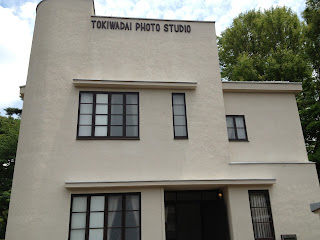 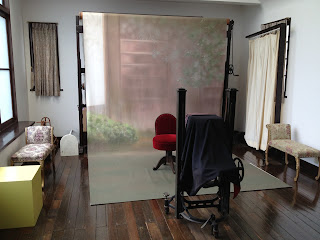 We had lunch at the Musashino Sabo Cafe inside the Lalande House. I was totally impressed with the presentation. 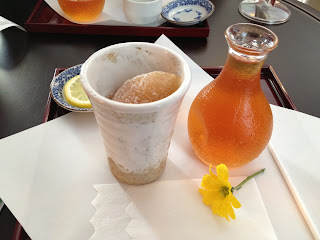 The ice tea glass is filled with chunks of frozen ice tea instead of plain ice. Too neat. 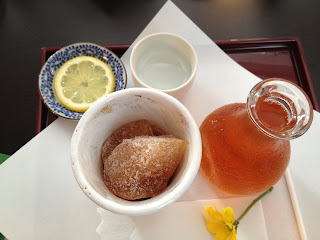 Our entrees were served in china dishes and on silver trays. Classy. I felt like a princess. 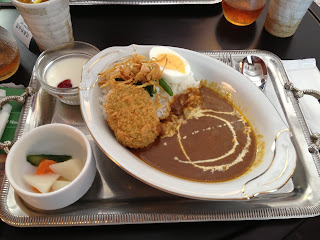 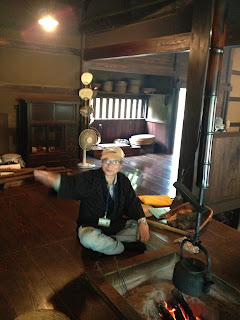 At some of the homes, volunteers manned the cooking fires. 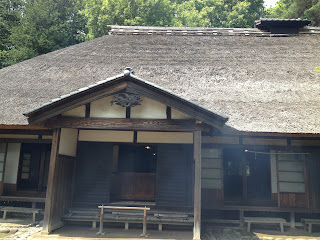 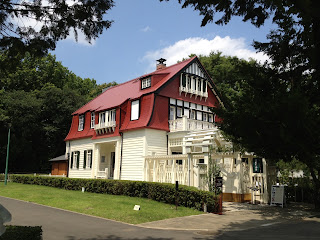 The house above is the Lalande House, where we had lunch. 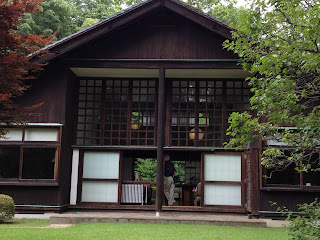 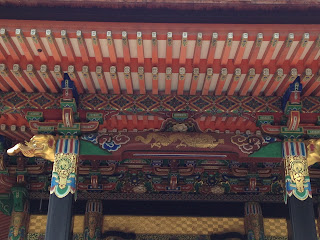 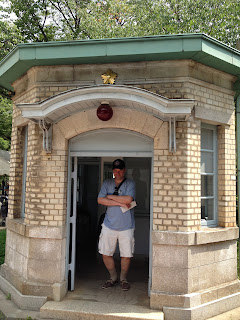 Dave in a Police Box. 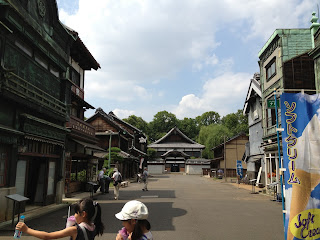 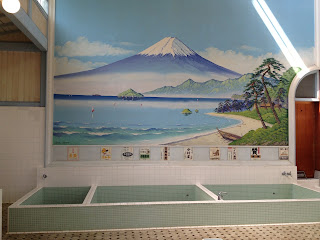 There was even a bath house/Onsen. 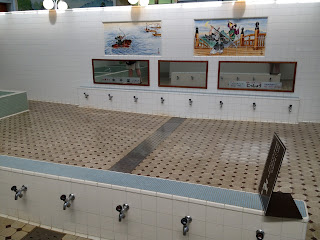 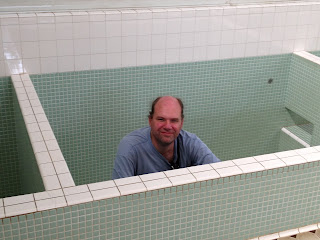 Posted by aprilperlowski at 2:02 AM