The convention has officially begun!

The first thing I did was head down to the competition room. For the first time ever I was entering dolls into competition. I got into the line and followed the example of the other people in line. I got a bin and put my unwrapped dolls, already on their stands, into the bin. I also made sure my tag was attached to the doll and that I had my 3x5 card in the bin. When it was my turn, a clerk checked me in and had me set up my dolls in their proper place. Whew!

After that I had time to attend a Doll Dialogue. 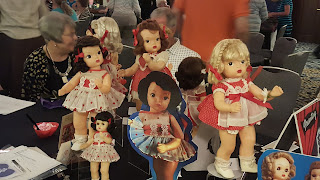 There were all sorts of topics: Terri Lee, 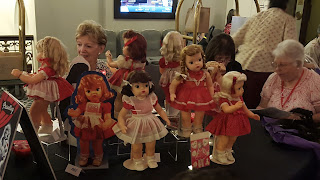 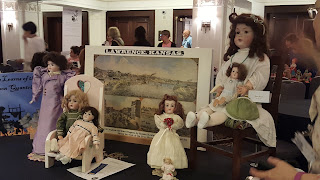 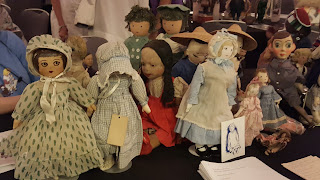 Dolls Who Saved the World, 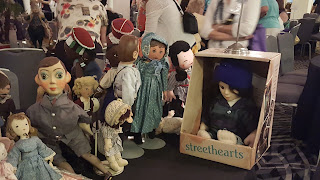 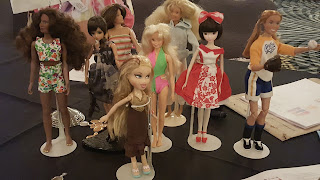 Not Barbie, and many more.

I attended the Not Barbie Dialogue and then headed to the Program room for the AV Contest Winners presentation. In the afternoon I attended the Early American Cloth Dolls presentation and explored the special exhibits. My favorite was the Kimport Dolls from the Whole Wide World exhibit.

The opening ceremonies were held this night, and afterward the grand opening of the sales room. It was soooo crowded. I escaped early, knowing I would have lots more time to explore the saleroom later.
Posted by aprilperlowski at 10:25 AM