3 Cheers for Mikey and Nicky

If you have read all of my blog posts, you know that I am a fan of the Fisher Price My Friend dolls, starting with My Friend Mandy who I received as a young child for Christmas 1977. Since starting this blog, I have gradually added all of Mandy's friends to my collection. 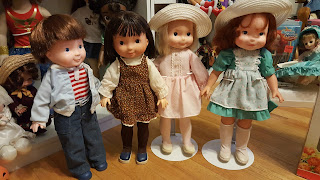 My most recent acquisition is Mikey (released 1982), the boy of the group. I found him at the Rowbear's National Doll Festival that was taking place at the hotel across the street from the UFDC convention hotel last month. Purchasing him means that I have completed my collection. 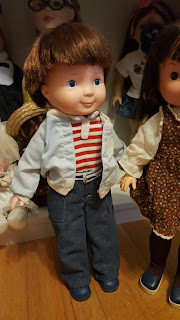 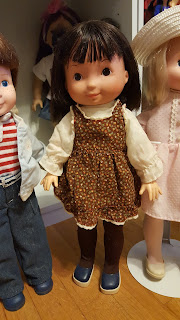 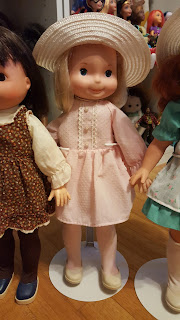 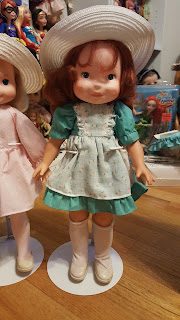 And Nicky ! In fact, I had bought Nicky earlier this year at the MLK Jr. Day doll luncheon that I enjoy going to, but hadn't taken her out of her box yet. 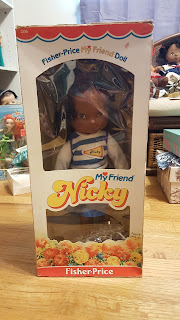 Nicky was the last character added to the original line in 1985. 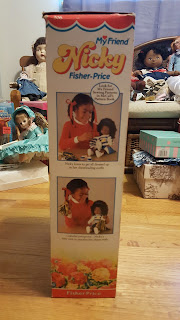 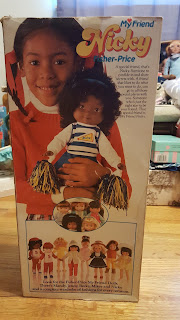 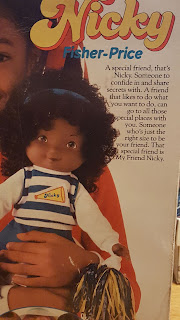 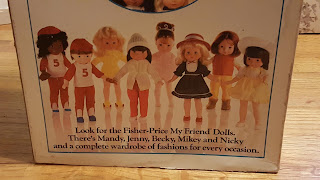 Like the other dolls, Nicky is machine washable and her hair can be safely shampooed. The box recommends that instead of combing her hair, a pick should be used so that her curls are not damaged. 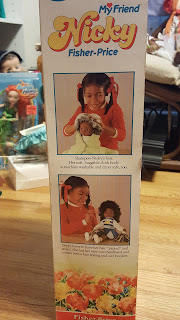 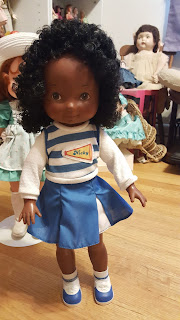 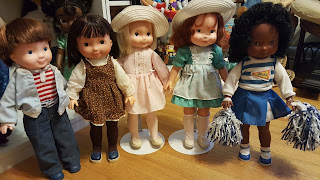 Now all the dolls are reunited. 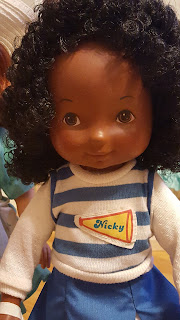 Posted by aprilperlowski at 1:23 PM