That morning I bought my Helper (raffle) tickets and did a first walk through of the special exhibits. The Schoenhut Dolls exhibit was pretty empty when I was there, so I took some time to take photos. 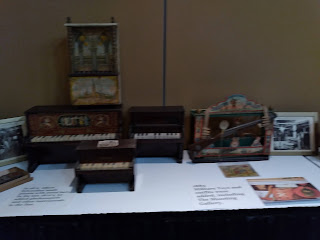 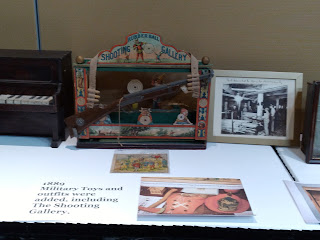 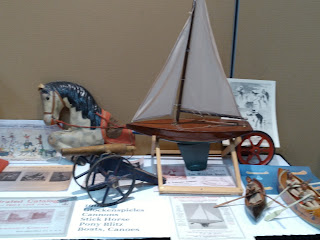 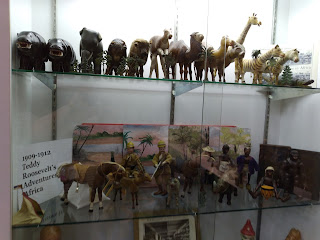 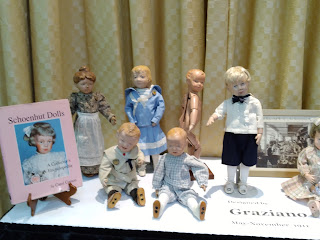 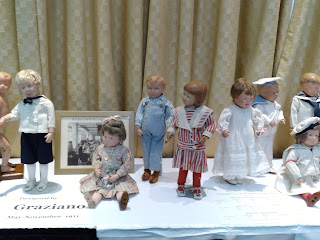 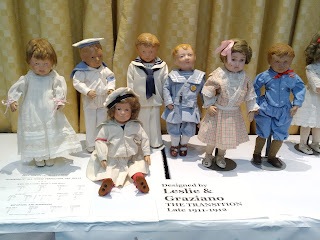 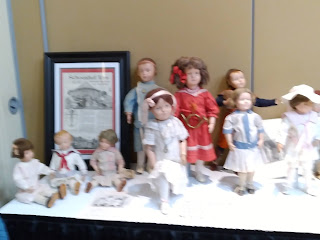 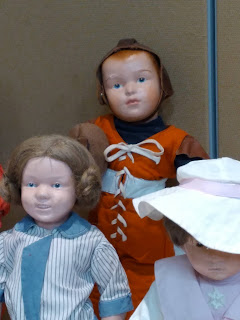 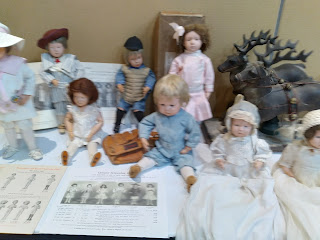 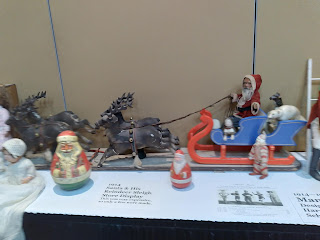 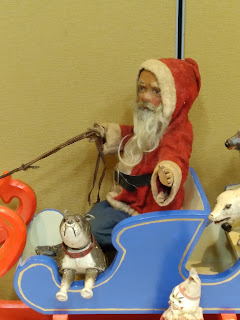 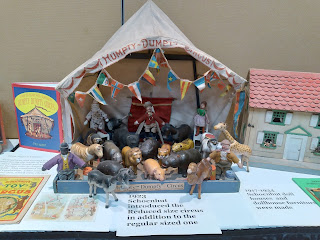 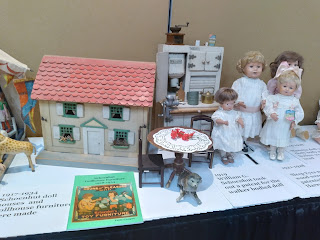 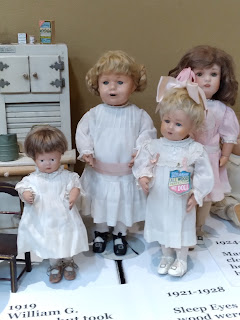 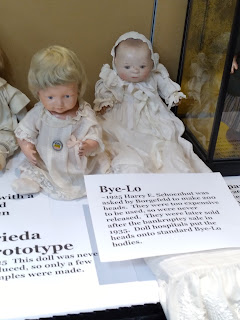 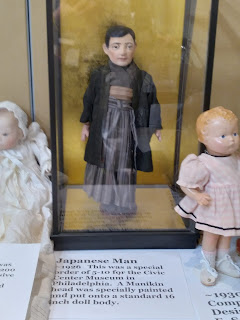 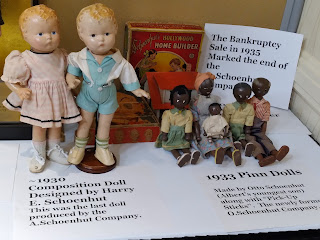 While I was there, Barabara Stone, UFDC President at the time, came in with the doll that was bought in honor of her for the UFDC Museum. 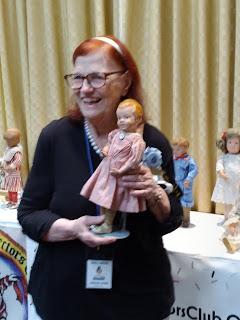 Next on my schedule were the 10AM ams 11AM programs: Underground Railroad Quilts by Linda Oeleis, and A to Z of French Fashion by Fred Patton. Both programs were well done, but the Quilt program just went to another level of excellence. I might have had tears running down my face at the end of it.
After a quick lunch I went back to the Salesroom to take a real look. So many beautiful dolls! And I missed out on the doll I wanted. I saw a doll in a booth that was on my want list and I started walking toward it. A woman in the booth picked it up and asked the dealer about it. After 10 minutes I told the dealer that if she didn't buy it, I would. 20 minutes later the other woman finally made her decision and bought it. Oh well. It was not meant to be.
Next was a another program: In the Pink by Barbara Stone, checking out the Competition room - one of my dolls got a ribbon, visiting the Helper room and depositing half of my tickets, and then visiting the Special Exhibits again to take photos of the other exhibits.
To be continued in Part 4.

Posted by aprilperlowski at 10:58 AM