The next day, Saturday, was very rainy so I don't have many pictures. We went to the garment district to find bargains and to SHOP!

There were beautiful mother of pearl inlaid boxes and woodwork and traditional clothes and crafts and decorations and blankets and fabric and notions and beads and... there was a lot of items to look at to the point I was overloaded by it. 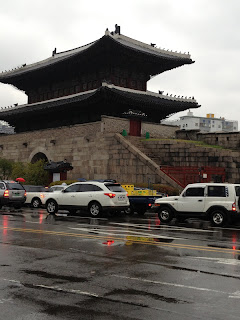 A pretty gate in the middle of the street. 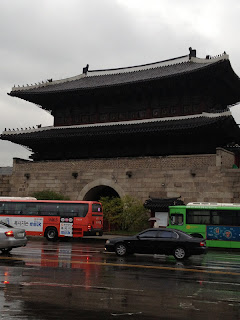 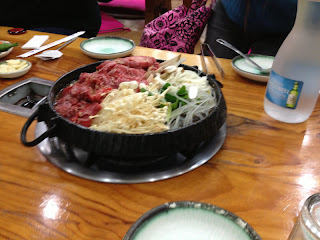 We had dinner at a nice restaurant where the meat and vegetables are cooked on the table in a broth. You then use the lettuce leaves to eat the cooked meat and veggies (burrito like). 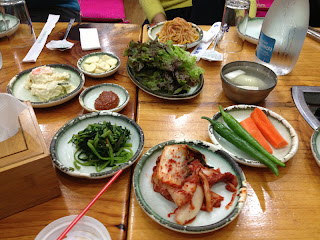 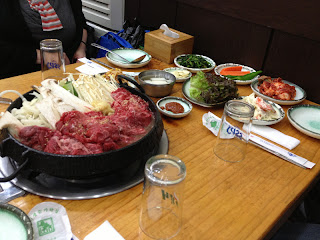 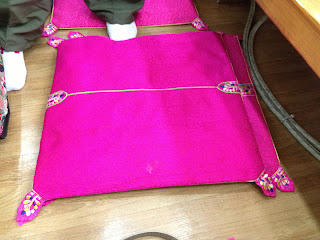 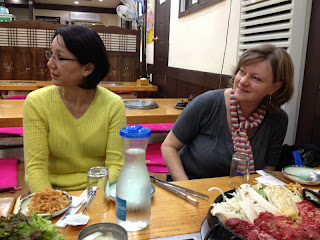 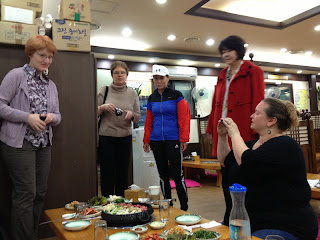 Some of us then went out to another district, Itaewon, to shop. We found Itaewon to be pretty expensive compared to the other shopping districts we visited.

The next day we took the train into the mountains to watch a friend run a marathon. The main train station was so crowded that we were dragged onto the train with the crowd. Luckily our whole group got on. 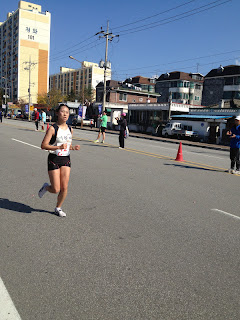 Some of the runners. 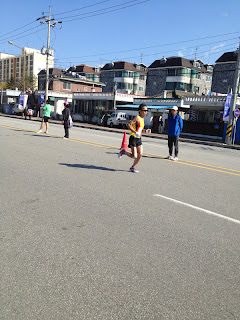 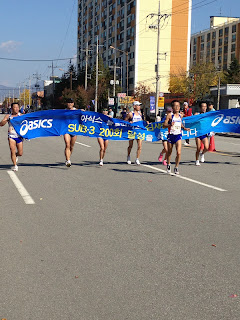 Unfortunately, I did not get a picture of our friend running, but other ladies in our group did. 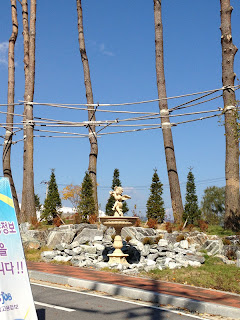 I just thought that this made a nice picture. 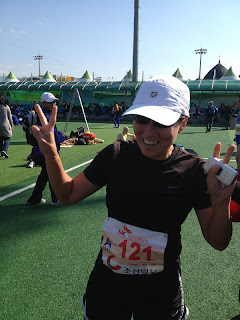 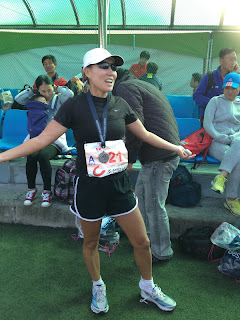 After the hard work of cheering on and clapping for runners that we didn't know, we accompanied our friend  to a picnic lunch hosted by some runners she met that day. They were terrific hosts. 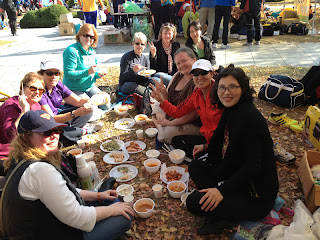 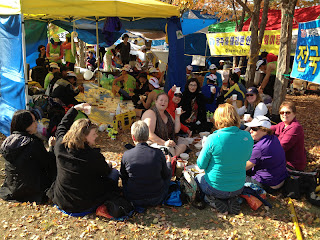 We then headed back to Seoul. 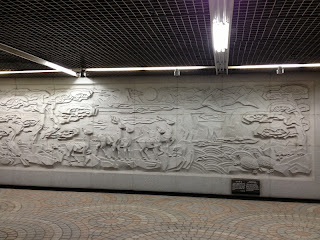 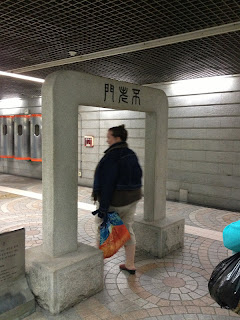 A gate that grants a long happy life if you walk through it (also in the subway). 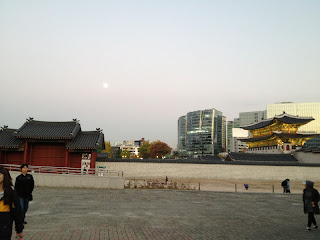 You would think our friend would be tired and want to rest after a 26 KM run, but no. Instead we went sight seeing and saw the palace. 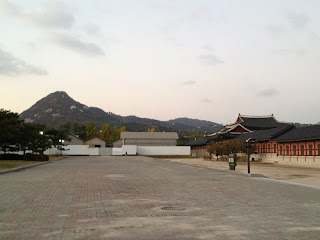 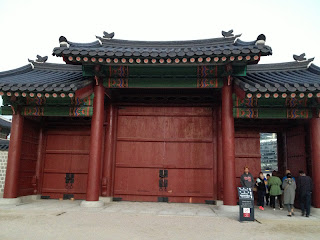 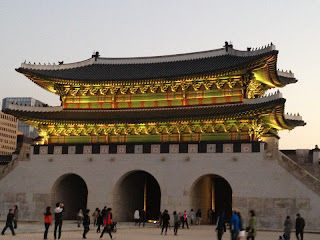 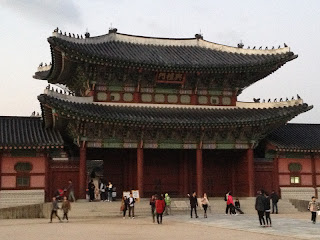 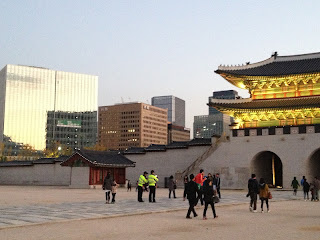 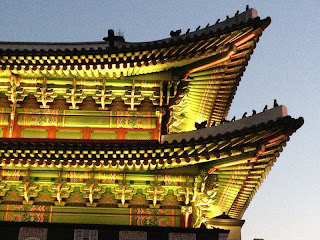 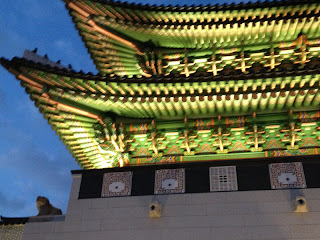 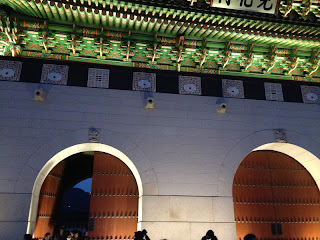 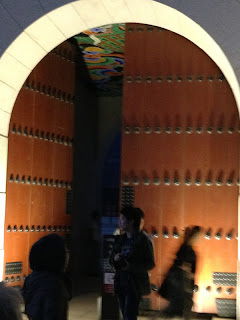 It was about closing time, so we didn't get into the inner courtyard. We then went out to the art district for more shopping. After stopping at a couple of stands and stores, we rushed back to the guesthouse for a goodbye party of food, wine, and fellowship. It was a blast.

I would definitely go back to visit (and shop).

Posted by aprilperlowski at 11:11 PM

Email ThisBlogThis!Share to TwitterShare to FacebookShare to Pinterest
Labels: Korea