A couple of years ago, I received this paper doll set as a door prize. 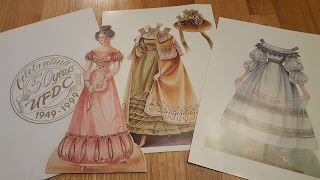 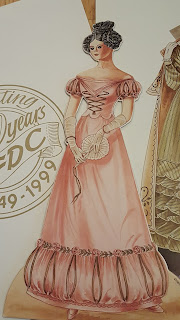 She is by Peggy Jo Rosamund. 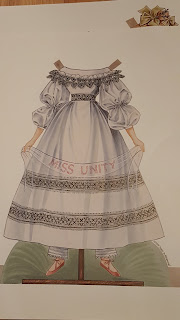 She has two outfits - the Miss Unity outfit, in white. 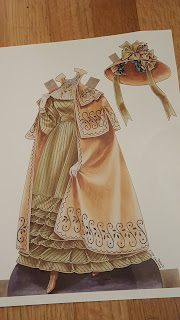 And a green dress under a tan coat and hat.
Not being a paper doll collector, I would like to pass her on to someone who would appreciate her before I add any more wrinkles to the doll or outfits.
If would like to sell her for $15.00 - including shipping (U.S. only).
If you are interested, please let me know in the comments.

Posted by aprilperlowski at 10:14 AM