Now that Halloween has passed, it is time for a new Autumn display. I put a few pumpkins on the table, including the two orange pumpkins that I liberated from my mother's basement. 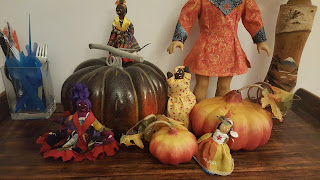 The little tourist dolls in the photo were a recent thrift shop find. They were all in one tightly packed bag. When I got them home and opened up the bag, I was happy to discover that there were four dolls in all. 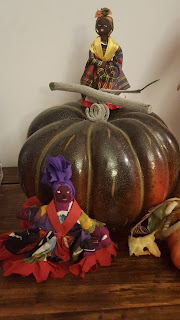 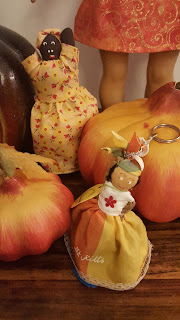 These two dolls are topsy-turvy dolls, meaning that they have two heads and two torsos. When you flip them over and pull the skirt down, the other half of the doll is revealed. 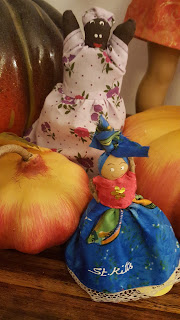 Here they are when flipped over.

I stood them up against the pumpkins to get a good look at them, and realized they look really nice as the Fall display. What do you think?

Posted by aprilperlowski at 1:41 PM