I forgot to mention in the previous post that another doll that accompanied me was a Willie Nelson paper doll that I printed and cut out from the Spring 2019 issue of Doll News, the official magazine of the UFDC. Here he is posing with a felt Miss Unity doll that was made by and given to me by Beck Rice, the head of the mini office. Isn't she adorable? 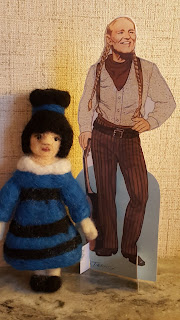 Tuesday morning, I lined up with lots of other conventioneers to enter my dolls into competition. I carried two tote bags with me. One held John and Paul in their Sgt. Pepper costumes, the other held Taffy the clown, Beauty Secrets Christie, Scott (Skipper's boyfriend), and Rosie O'Donnell. Since the theme of the convention was Star Struck, there were lots of celebrity categories in the competition.

I was done entering my dolls pretty quickly, so I was able to attend the first program of the convention: Personalities Plus by Elizabeth Ann Coleman. She talked about dolls that were based on real people with big personalities, some even scandalous.

In the afternoon I took a bus tour of the city of Nashville and was able to get a few quick picks through the window. 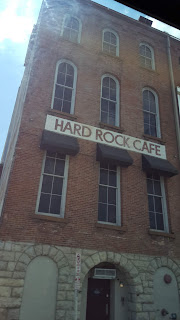 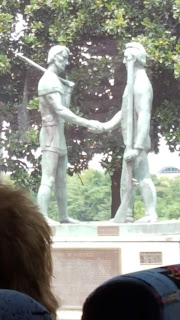 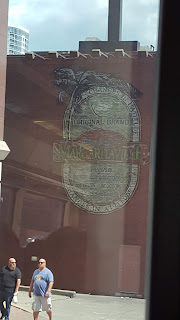 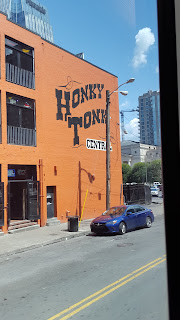 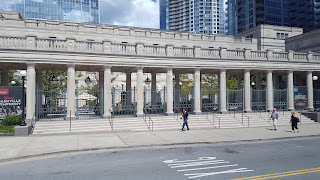 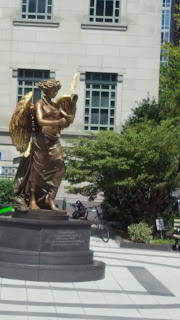 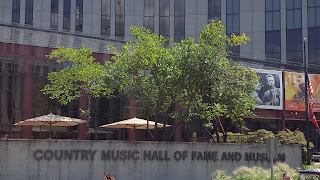 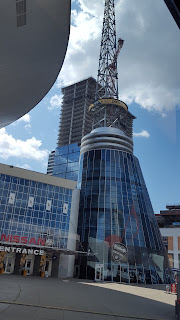 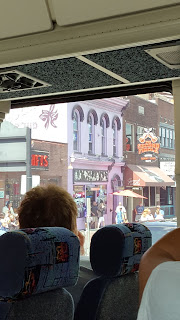 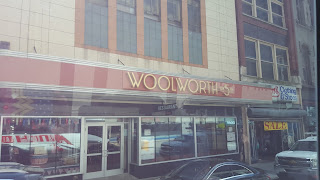 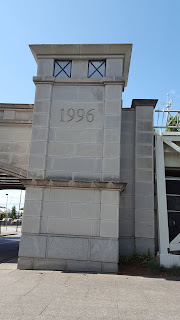 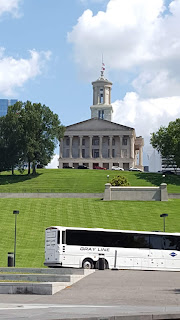 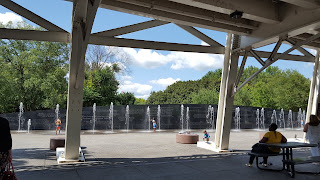 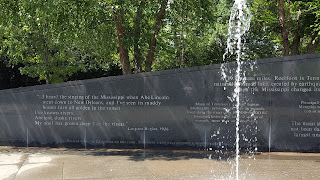 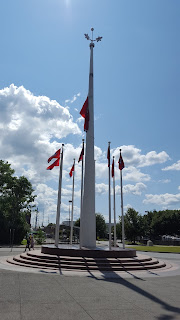 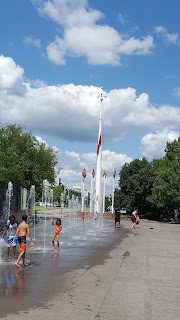 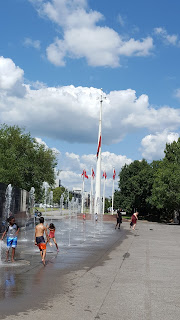 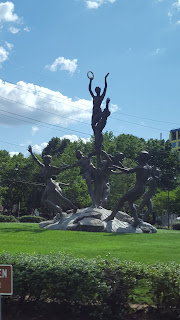 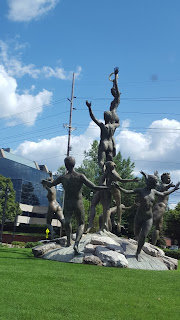 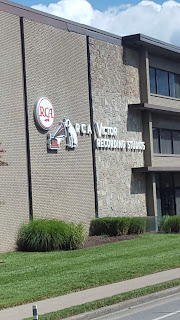 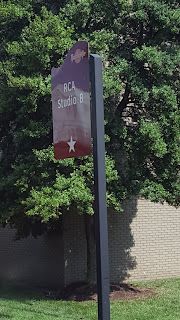 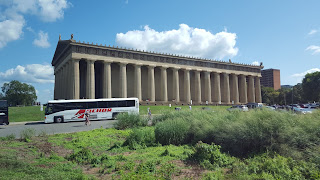 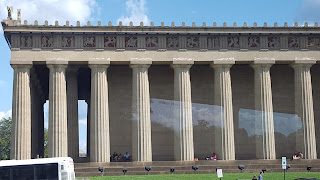 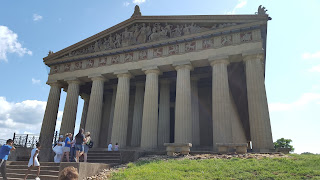 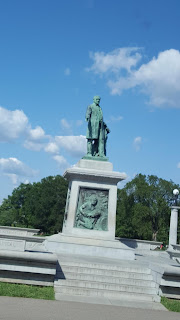 That evening the opening ceremony was held and afterwards the salesroom was opened. I managed to walk around it quickly, but it was too crowded and busy to see much. Instead I went back to the room to get some rest.

Posted by aprilperlowski at 1:29 PM