I have been a huge fan of DC comics most of my life and the DC super heroes have invaded my doll collection over the years, including some Tonner DC Stars dolls: Aquaman, Wonder Woman, and Superman. (Hey, that's 3/5 of the members of the Justice League in the recent movie.) 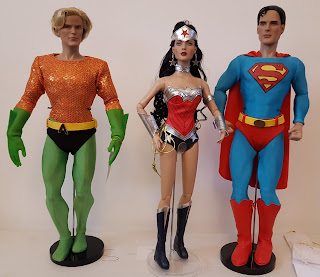 I feel that it is weird that I haven't shared these guys with you before. 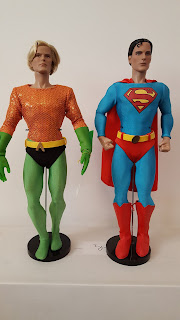 Aquaman was my first DC Stars doll. There are two different Aquaman face molds and costumes. This is the second one, and in my opinion, the prettier one, "King of Atlantis" from 2008. 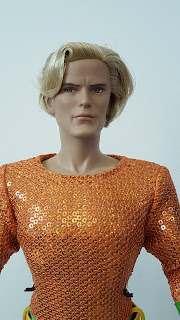 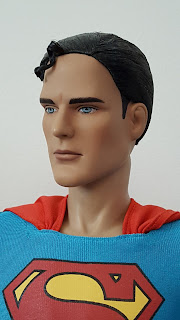 Wonder Woman is my newest addition. She is Diana Prince - Princess of Paradise, 2014, and she is wearing the Wonder Woman 52 outfit. She is 16" tall. 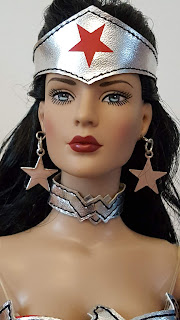 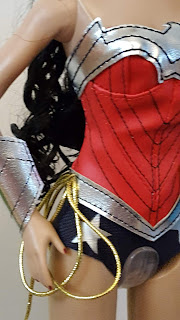 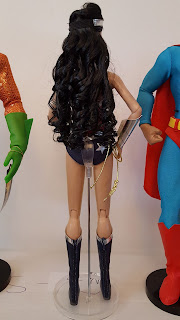 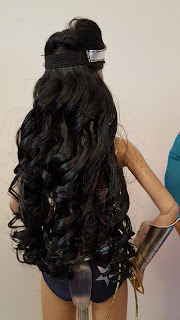 Looks like Diana has a lot to talk to Clark about. 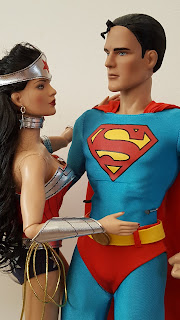 Posted by aprilperlowski at 11:59 AM