Let's Hear it for the Boys

Mattel just announced new Fashionista Kens with new body types, hairdos, faces, and skin tones. I don't have any of them yet, but I do have a few Ken dolls in my collection. 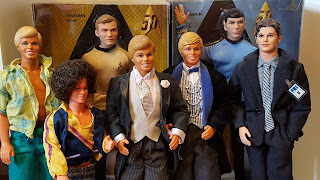 The first Ken doll I ever had was The Sun Set Malibu Ken, he was a birthday present in 1975. Unfortunately he broke his neck and left my collection. The next Ken I got, many years later, is Flight Time Ken from 1990. 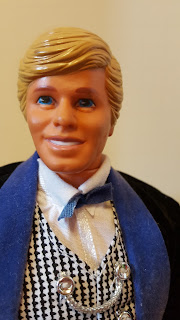 In this photo he is wearing a Fashion Avenue Tuxedo from 1996. He was a Christmas present when I was 19, and since I didn't have another Ken, I was happy to get him. I really disliked the pilot suit, so it went away and the lovely tux took it's place. 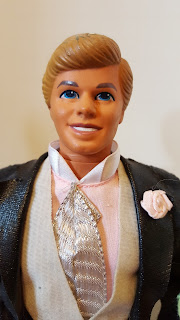 For my wedding in 2003, I decided I needed Ken dolls to escort my Bride and Bridesmaid cakes. So I found Magic Jewel Ken (2002), Wedding Day Ken (1990), and the Fashion Avenue Tux on Ebay. Wedding Day Ken stayed in my collection, since his skin and hair coloring are slightly different than Flight Time Ken. Magic Jewel Ken left not long after the wedding, since I didn't like his overall look. 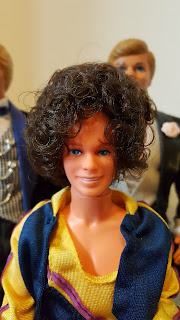 In 2011, Skipper's Boyfriend, Scott (1979), joined my collection, at long last. I had wanted him since 4th grade. He is shorter than the Kens, but I consider him one of them. 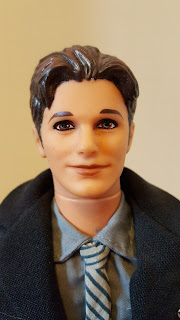 In 2015, a friend sold me her X-Files Gift Set (1997) of Mulder and Scully. Fox Mulder has a unique sculpt to resemble David Duchovny. 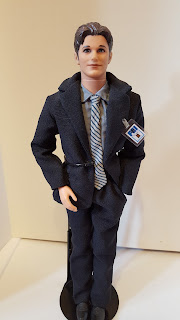 This Christmas (2016) Kirk and Spock were under the tree. 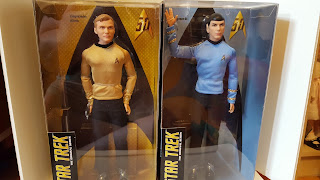 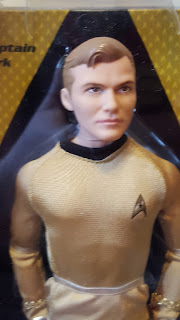 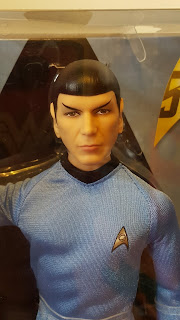 And in the Spring I found this handsome guy, probably Sun Sensation Ken (1991) at a thrift store. I took him home when I noticed he had green eyes. 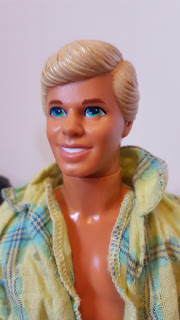 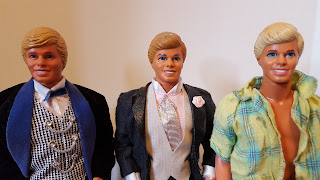 You can tell that these three guys are brothers. I really need to get the new guy some new clothes. 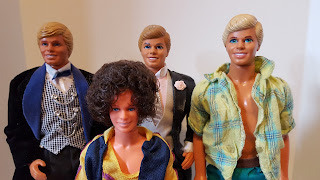 And with their shorter look-a-like, Scott.

Do you have any Kens in your collection?


Posted by aprilperlowski at 2:48 PM