Wednesday was the first official day of the convention. After breakfast, I went to the Doll Dialogues. There were all sorts of topics to learn from. I chose one on On-line clubs. It was a good choice. I now know who to contact to join the On-line UFDC club, and I also have info on how to start one if I want to.

After that, I bought my Helper tickets and headed to the AV Contest Winners program. This year there were 4 entries. That is twice the entries of last year, and 4 more entries than 2 years ago when there were 0 entries.

I encourage all UFDC members to think about producing an AV contest entry. I know I am going to try to get one ready, if not for 2017, than for 2018. 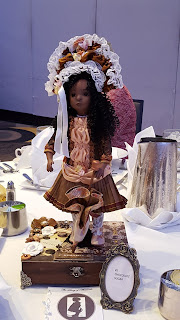 At noon I had a ticketed luncheon, Kindred Spirits - Circle of Friendship. 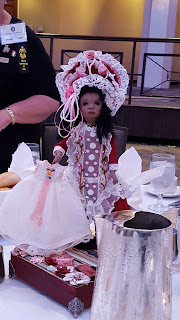 The table centerpieces were by Goldie Wilson. They were auctioned off to the highest bidder. My favorite was the one in the brown outfit, but I did not bid on her. 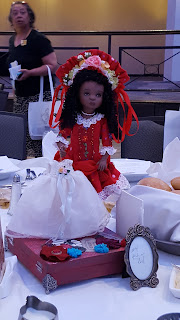 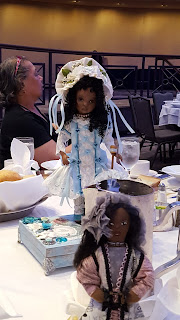 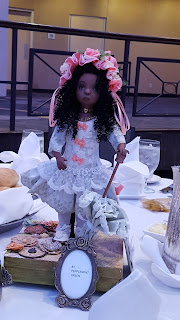 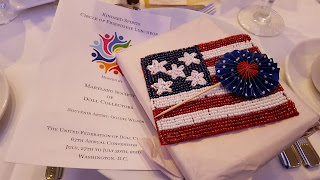 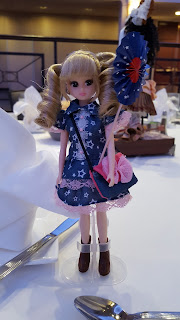 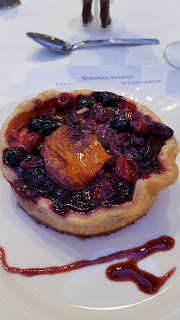 Dessert was a lovely berry tart. 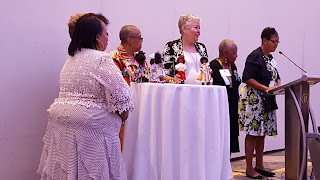 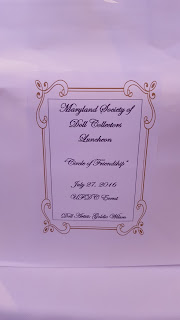 The souvenir doll was also by Goldie Wilson. A lovely baby that sits in a teacup. 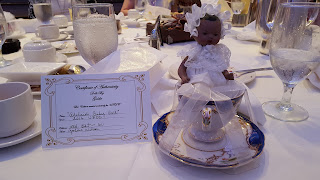 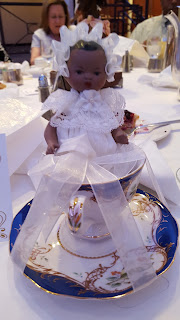 During the program, the club members were represented by dolls whose clothing and accessories represent their interests. So cool. 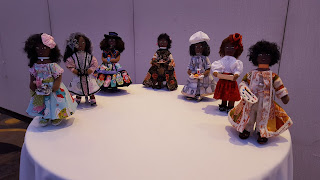 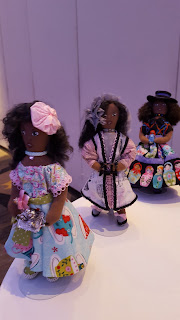 After the lunch I went to my room and got my dolls together. We headed downstairs and stood in the long line to the competition room. Eventually it was my turn, and I set my dolls up. Hooray!

At 4:30pm was the Table Hosts meeting, and then I met some friends for dinner. The bar was packed! At 6:30 was the Opening Ceremonies, hooray! And then.. at last.. the grand opening of the sales room!

What a long and busy day! 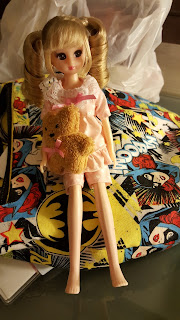 Licca and I went to bed, exhausted.

Posted by aprilperlowski at 1:03 PM