Pripara is a Japanese arcade game. The characters are school girls that join a singing idol contest. In 2014 it became a manga, anime, and a cartoon.

In 2014 a Pripara Licca doll was made. Licca is dressed as the main character, Laala. 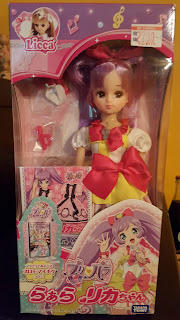 She is in a bright Lolita type outfit. 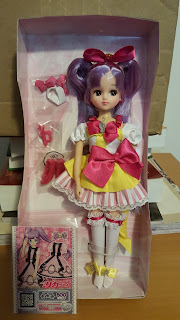 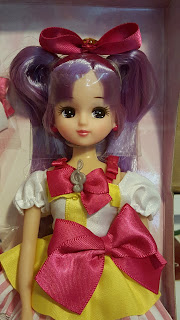 Her pony tails need to be brushed out. 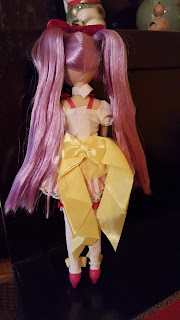 She comes with her own microphone. 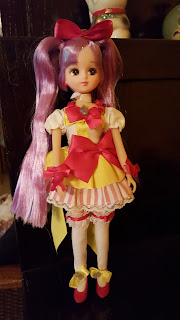 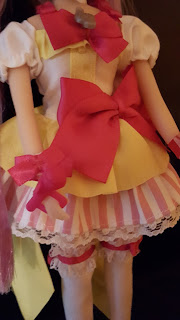 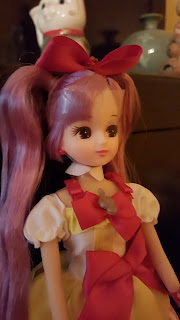 And a LARGE bow on her head. 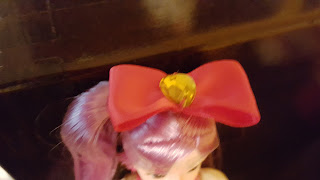 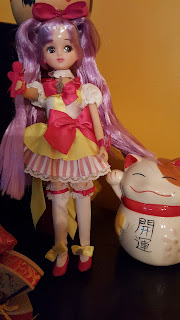 Posted by aprilperlowski at 8:01 AM