It's Always Better Down Where it is Wetter, Under the Sea

This week's Random Doll in Storage is Ariel, the Little Mermaid. 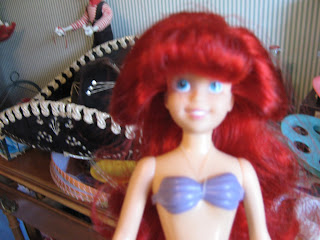 At the time, I thought she was one of the prettiest non-Barbie fashion dolls out there. Today? She is still pretty darn cute. With her big eyes and red hair, she is just about a perfect adaptation of the Disney character. 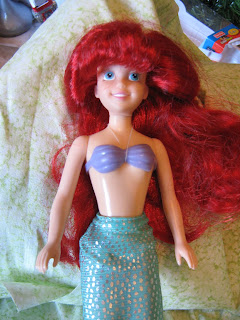 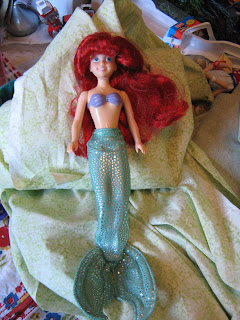 She is the only Disney fashion doll I have ever bought. Why? The movie had just came out in 1989 and I loved it. (Even if I was upset that the script did not stick to the original story.) I was an adult and could buy my own toys. And, big and, she is a mermaid. As a child I longed to be a mermaid. This doll was meant for me.

None of the other Disney dolls appealed to me like she did, until now. Now I find my self eyeing Brave dolls.  Coincidence that she also has red hair? Probably not.

Posted by aprilperlowski at 9:35 PM