In honor of my birthday today, let's look at dolls that came out or were still popular in 1971.

First, Sweet April, who came out in 1971. I blogged about her before, but she qualifies AND she shares my name. 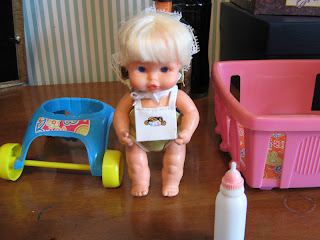 2: This was the year Malibu Barbie and her friends hit the waves. 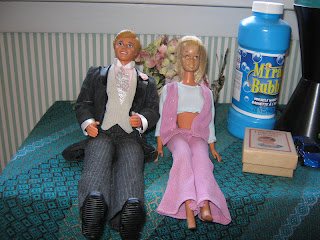 Here is my poor beat up Malibu Barbie. The poor thing needs a good spa treatment. I got her for my 4th birthday and she was a constant bathtub and pool companion. (She was in a bathing suit, that meant she was a water toy, right?) My Malibu Ken died in the 70s. I took his head off one too many times to drain out the bath water and his neck broke.

3: Crissy and her family were still going strong, but I didn't have any of them. I did think it was really neat that they had hair that grew.  (Photo taken from the Web.) 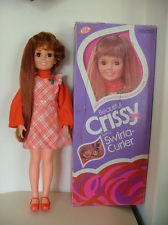 4: Baby Tenderlove and all the Tenderlove dolls. Nope, I didn't have one.  (Photo taken from the Web.) 5: Dawn dolls. I've shown my original Jessica (that I pretty much destroyed as a toddler) before and I briefly showed my reproduction Dale, but here they are again. 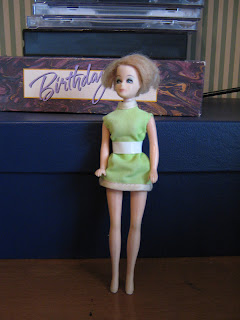 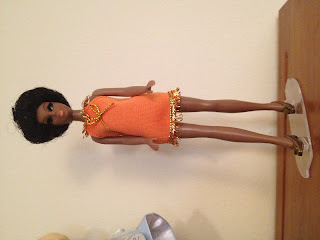 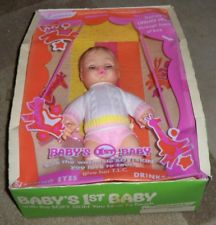 So, you have to admit, it was a good year for dolls, and for me, since I was born.

Posted by aprilperlowski at 10:24 PM