It was originally scheduled for October 29th, but was rescheduled due to the freak snowstorm.

The tables were beautifully and whimsically decorated for Halloween. 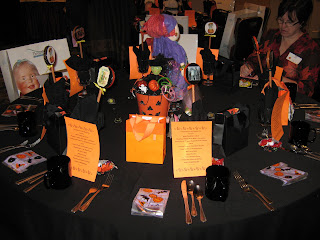 Each table had a Fancy Nancy lovingly dressed  as a witch by the members of the club.
The one at our table was a gypsy/fortune teller. 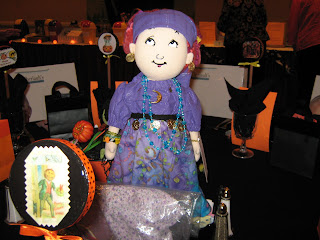 The Program (program lite, as the presenter put it) was a slide show on how dolls celebrate Halloween, including some scary and gross dolls found on Ebay.

After lunch the games began, starting with the costume parade.

In this photo is a Modern Witch (me) and a Movie Star on her way to the Oscars. 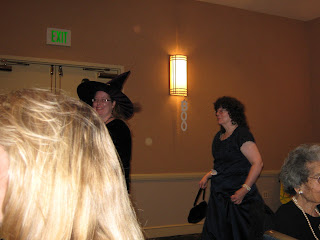 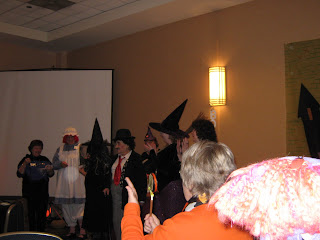 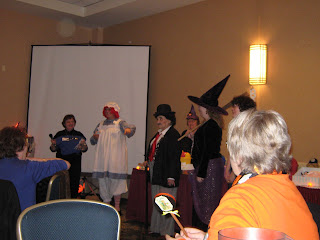 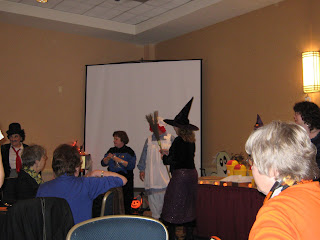 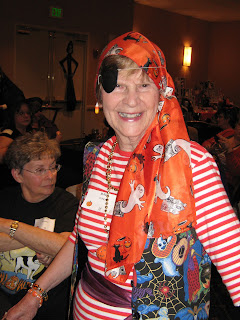 Some of my table mates. 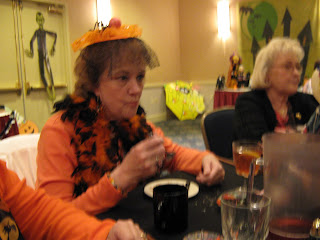 These are some smart and talented ladies. As a team, we won the "The Price is Right" game. 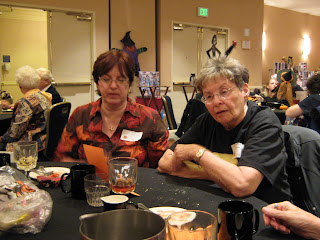 The small ghost was my costume contest prize for Sexiest Costume.
The cat box is the souvenir doll for the luncheon. Isn't it beautiful? Do you see what is hiding in the Jack-O-Lantern? 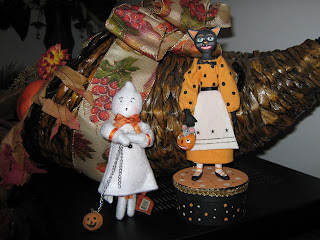 The prize for the "The Price is Right" game. 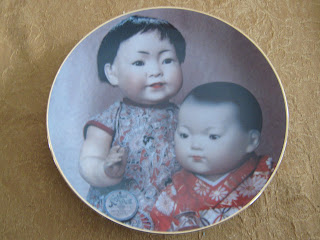 The rest of the loot.

The Madame Alexander Wicked Witch of the West, the pail, and the 2 small pumpkins were the small centerpiece prize. The book was the "Left-Right" game prize, the rest were table favors. 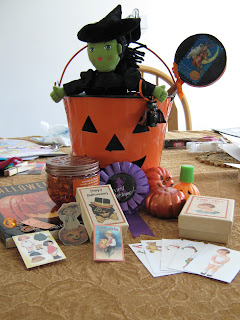 I had a wonderful time and cannot wait to attend another event. Maybe next time I'll win a Helper Prize.

Posted by aprilperlowski at 10:30 AM