Having Fun with the DC Super Hero Girls

The best thing about the DC Super Hero Girls is that they are the best of friends who fight crime together.

Like Batman and Superman, Supergirl and Batgirl are also (The) Brave and (the) Bold. 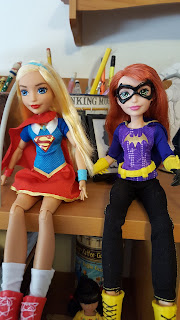 Throw Wonder Woman into the mix and you have Trinity (usually the guys and WW in the comics). 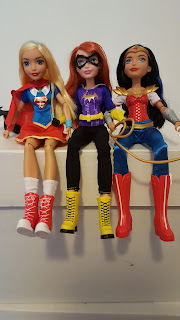 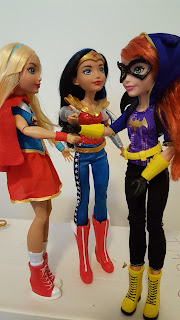 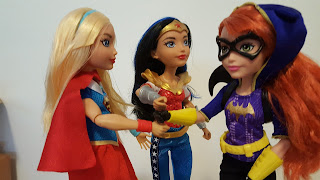 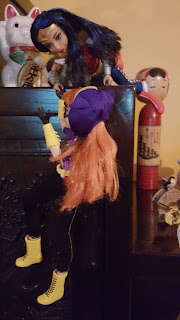 "Thanks, Wonder Woman. You're super." 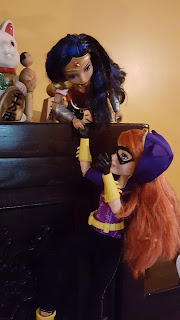 "Hey guys, did you forget about me? I'll fly right over." 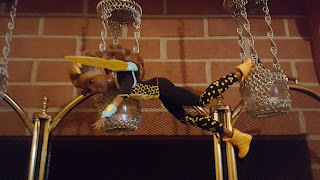 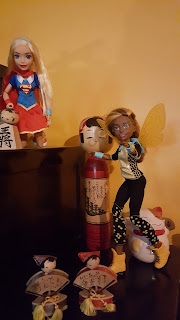 Bumble Bee: "What's the emergency? Did Ivy and Harley go on a rampage again?" 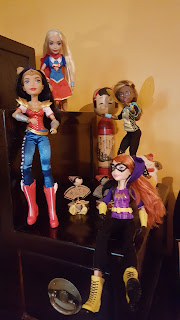 Supergirl: "Nah. We just wanted to play with these cool figures." 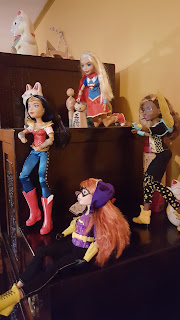 Ok, so they are not having the most exciting of adventures yet, but give them time. There is bound to be a super villain around here somewhere. Maybe that is where Katana is, trouncing all the villains while these guys play.

Posted by aprilperlowski at 12:17 PM