Homecoming Queen Skipper, who I blogged about earlier this week, was released in 1988. While blogging about her, I started thinking about my high school prom in 1989, the year after she was released. Hair was still big, and dresses were still poofy. My dress even had something in common with Skipper's dress, it was metallic. 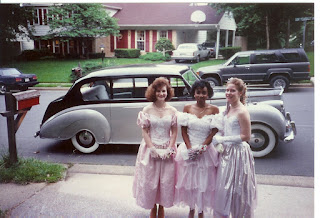 I'm on the right. As you can see, pink was THE COLOR. LOL While Skipper's dress has metallic thread running through it, mine is all metallic with lace over parts. Does Skipper's dress remind you of any dresses in your past? 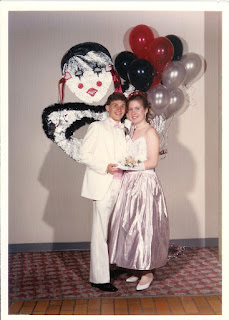 Posted by aprilperlowski at 8:37 PM