The same day we visited Rabbit Island, we also traveled to the Yamato Museum. It took about a half hour by train to get to Kure Station from Hiroshima Station. Near the museum are two other museums: The Kure Museum and the Naval Museum. You can't miss the naval museum, since it has a submarine in front of it. 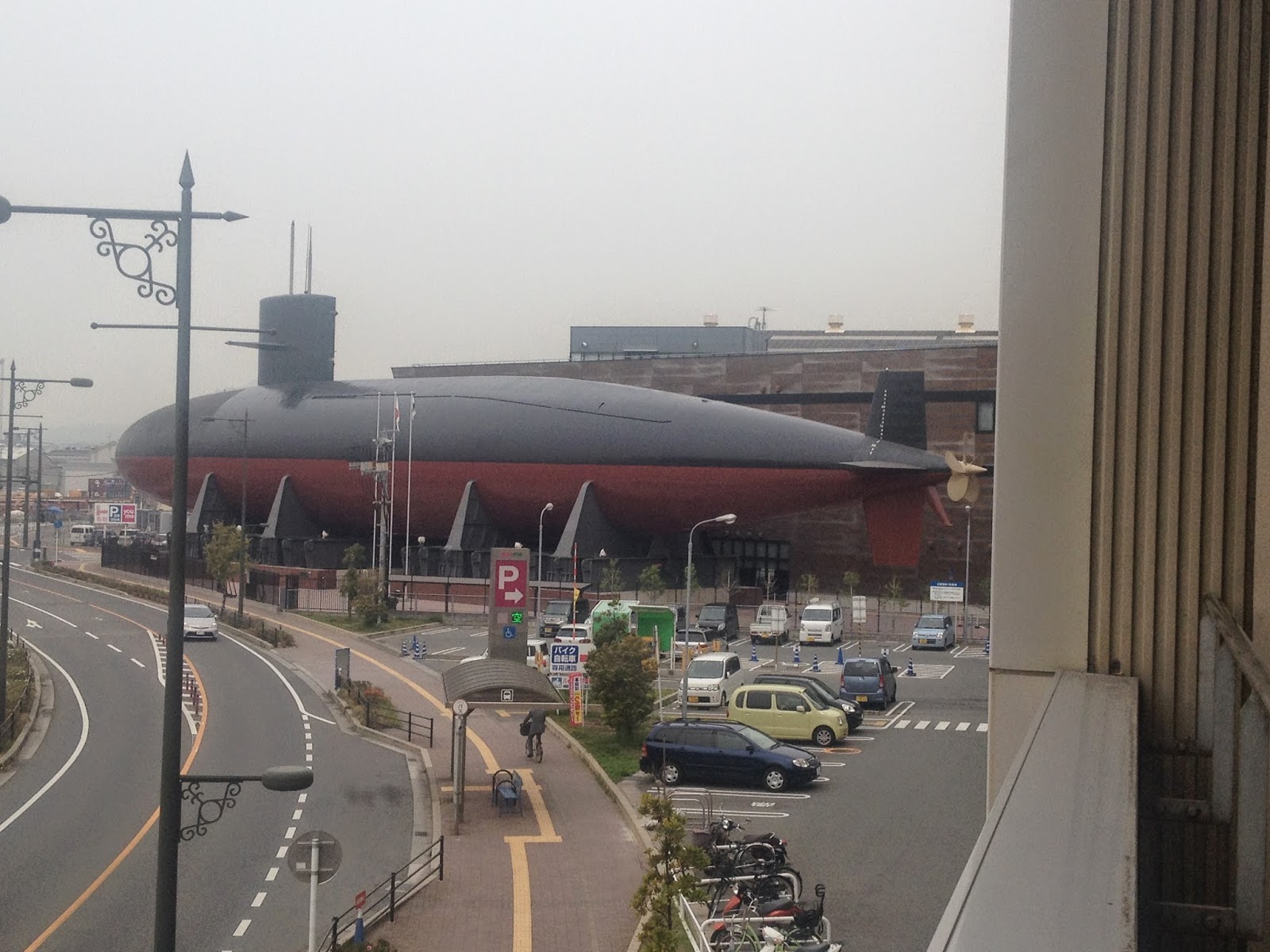 You can tell the Yamato Museum by the statue of Triton in front of it. 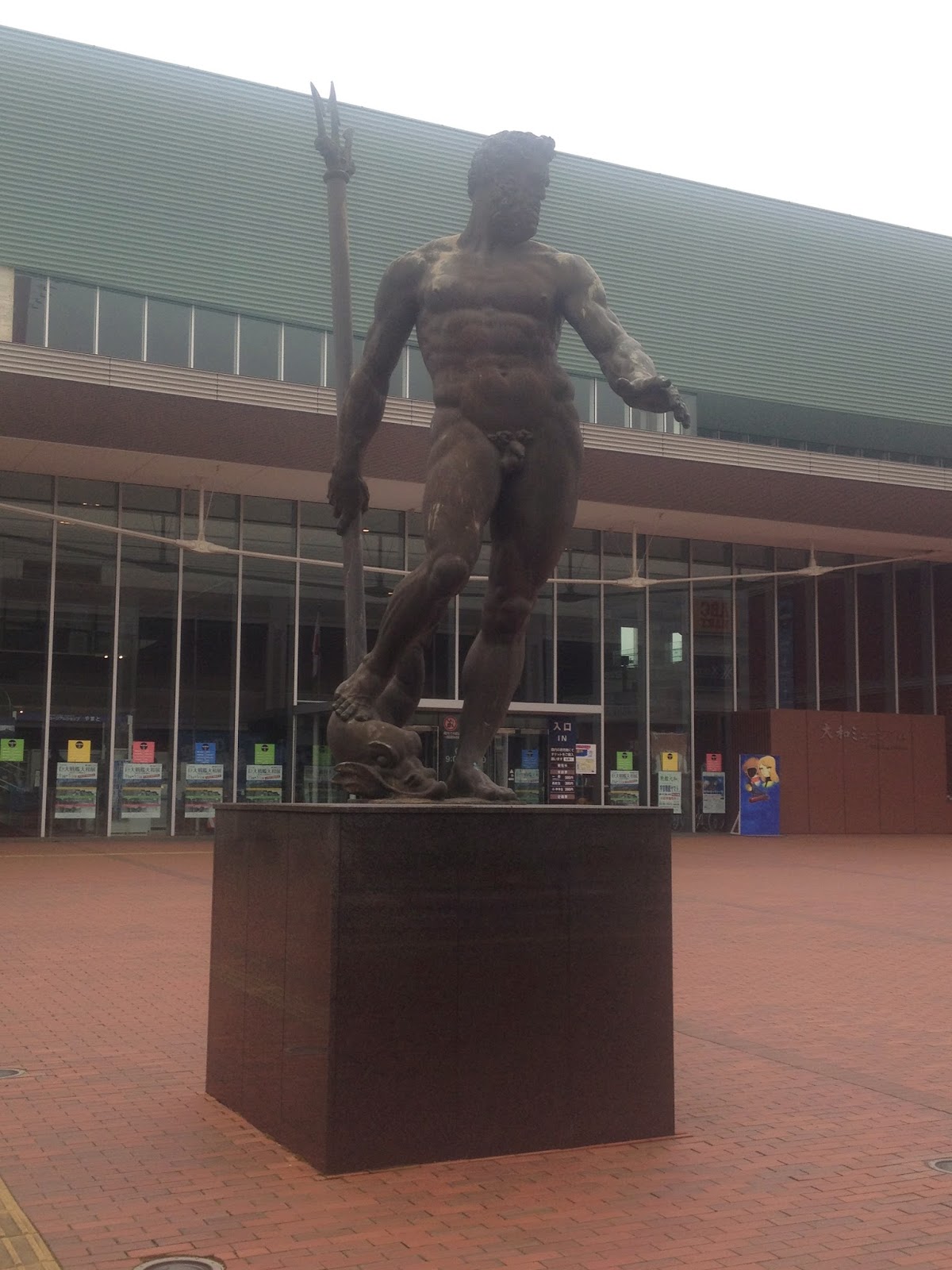 And the anchor and other recovered items from a destroyed battleship (not the Yamato). 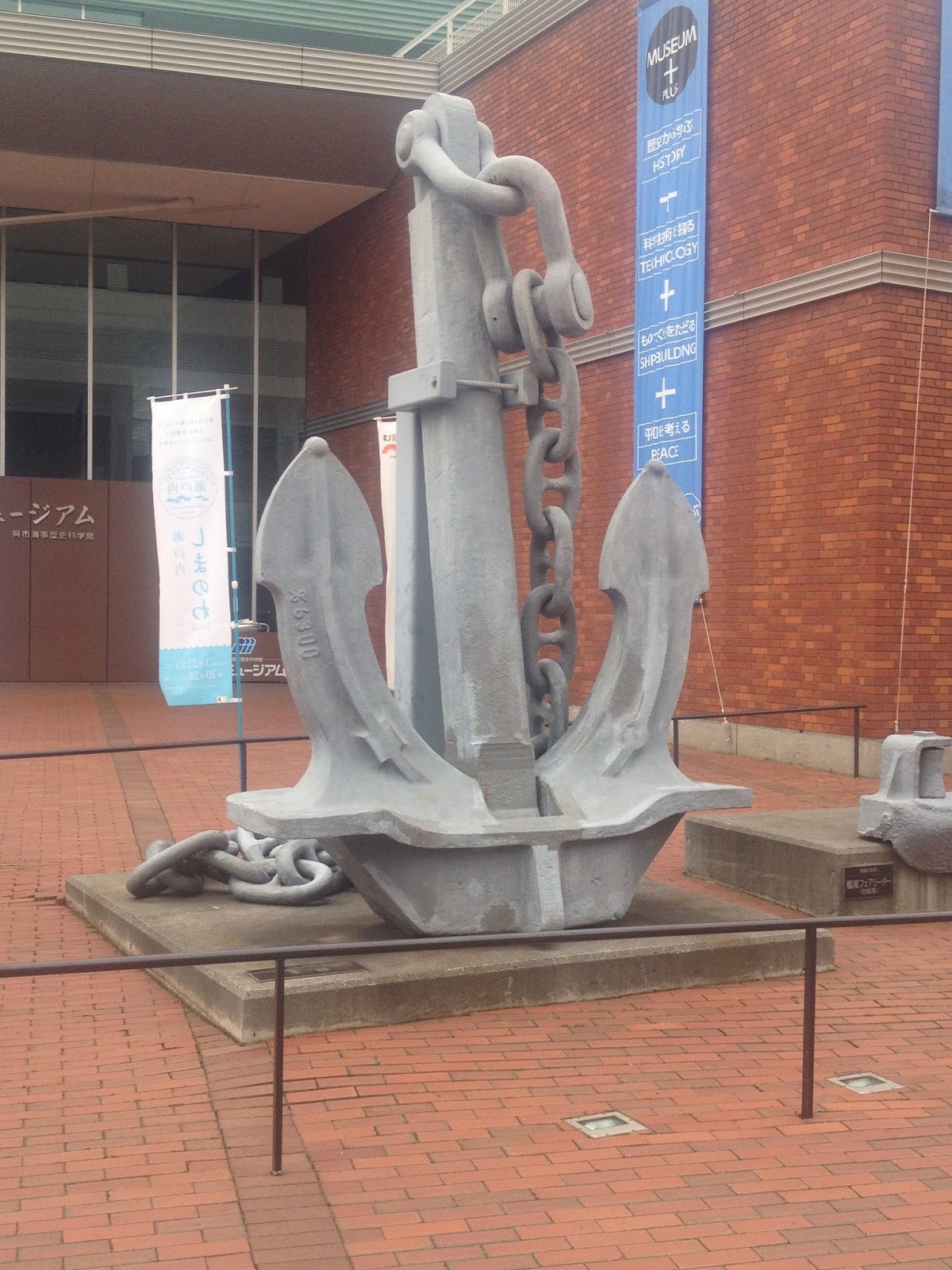 One of the only references to Star Blazers/Space Battleship Yamato was this cut-out. 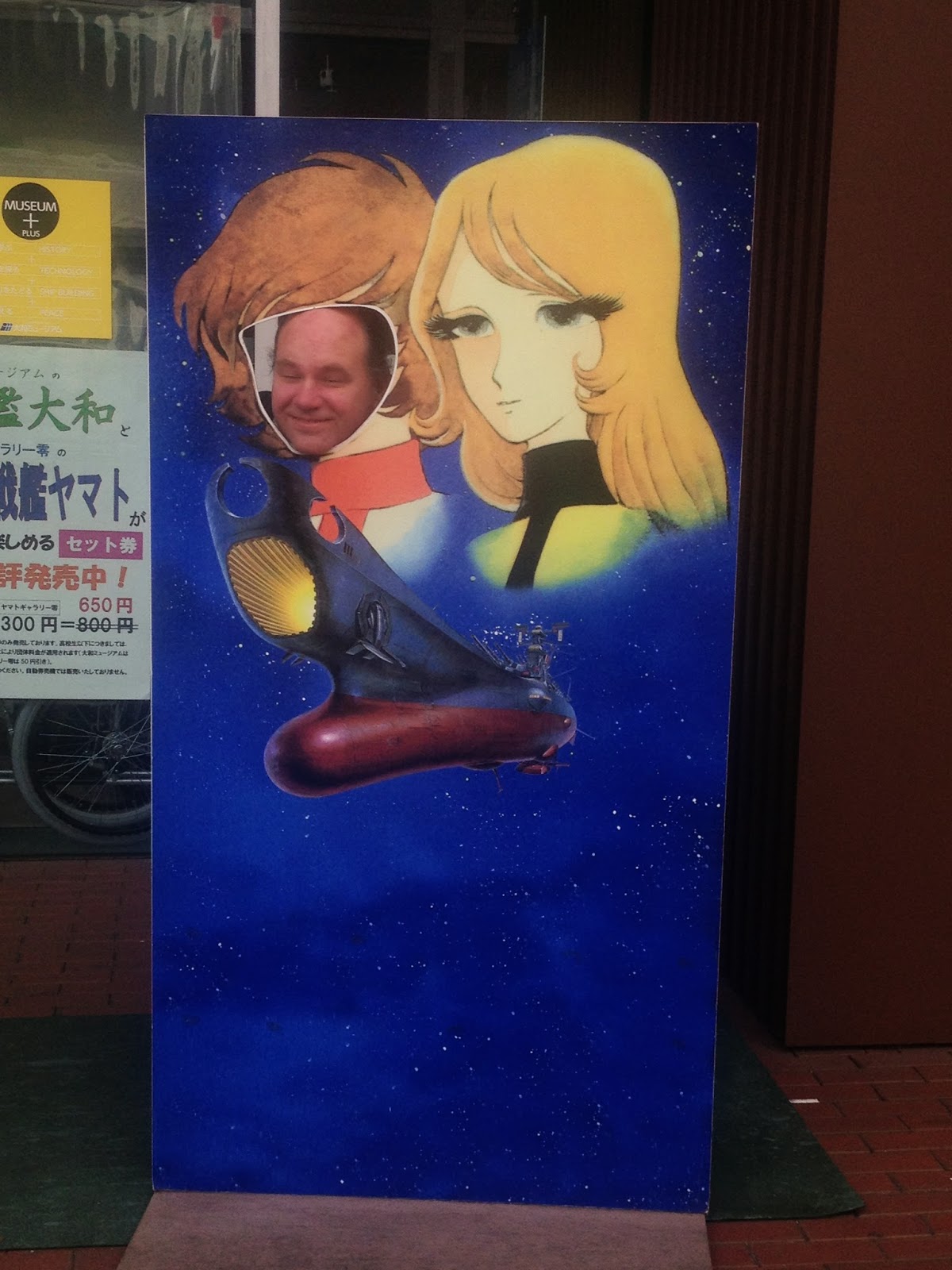 
In the center of the museum is a 1:10 scale replica of the battleship! 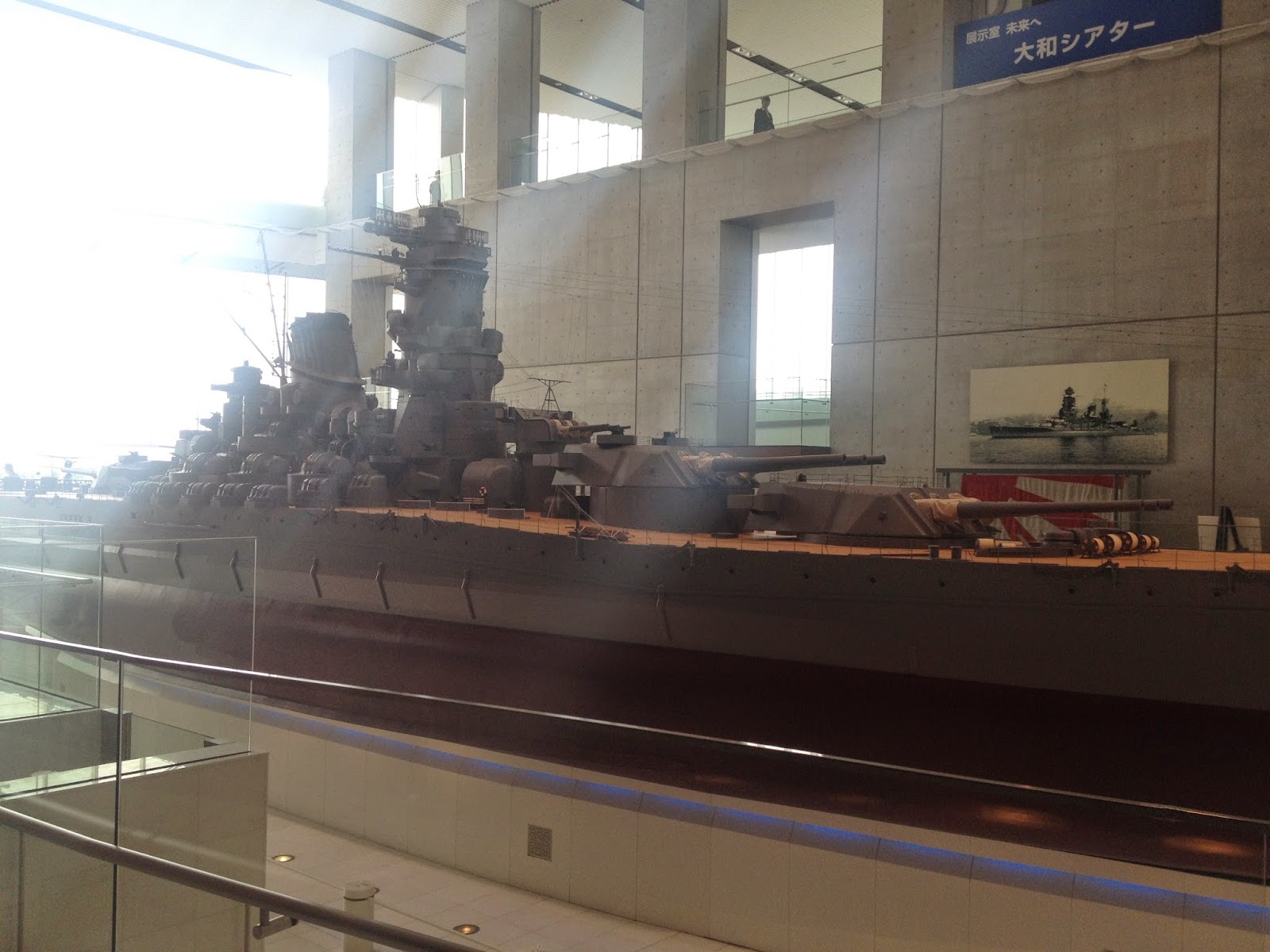 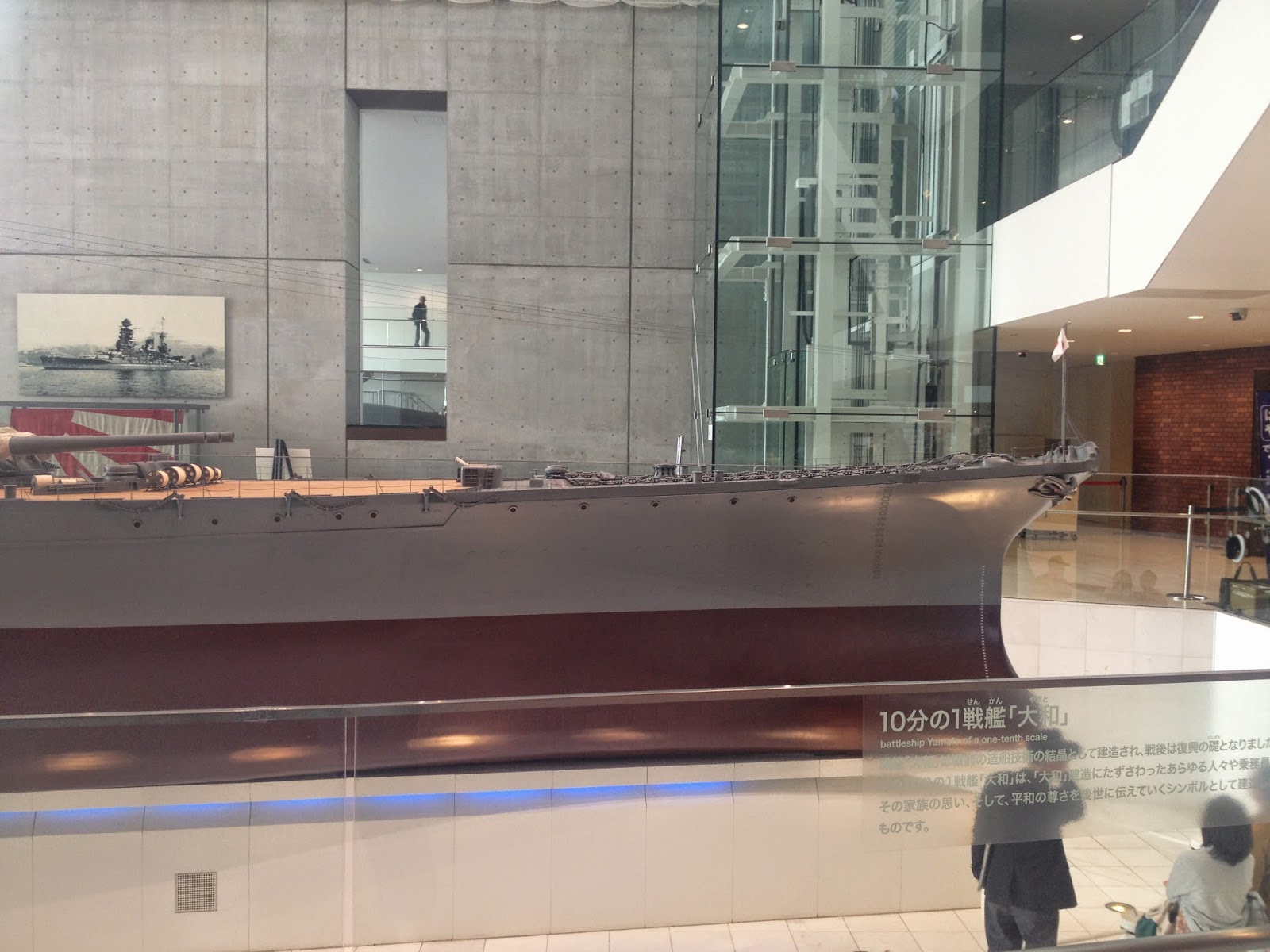 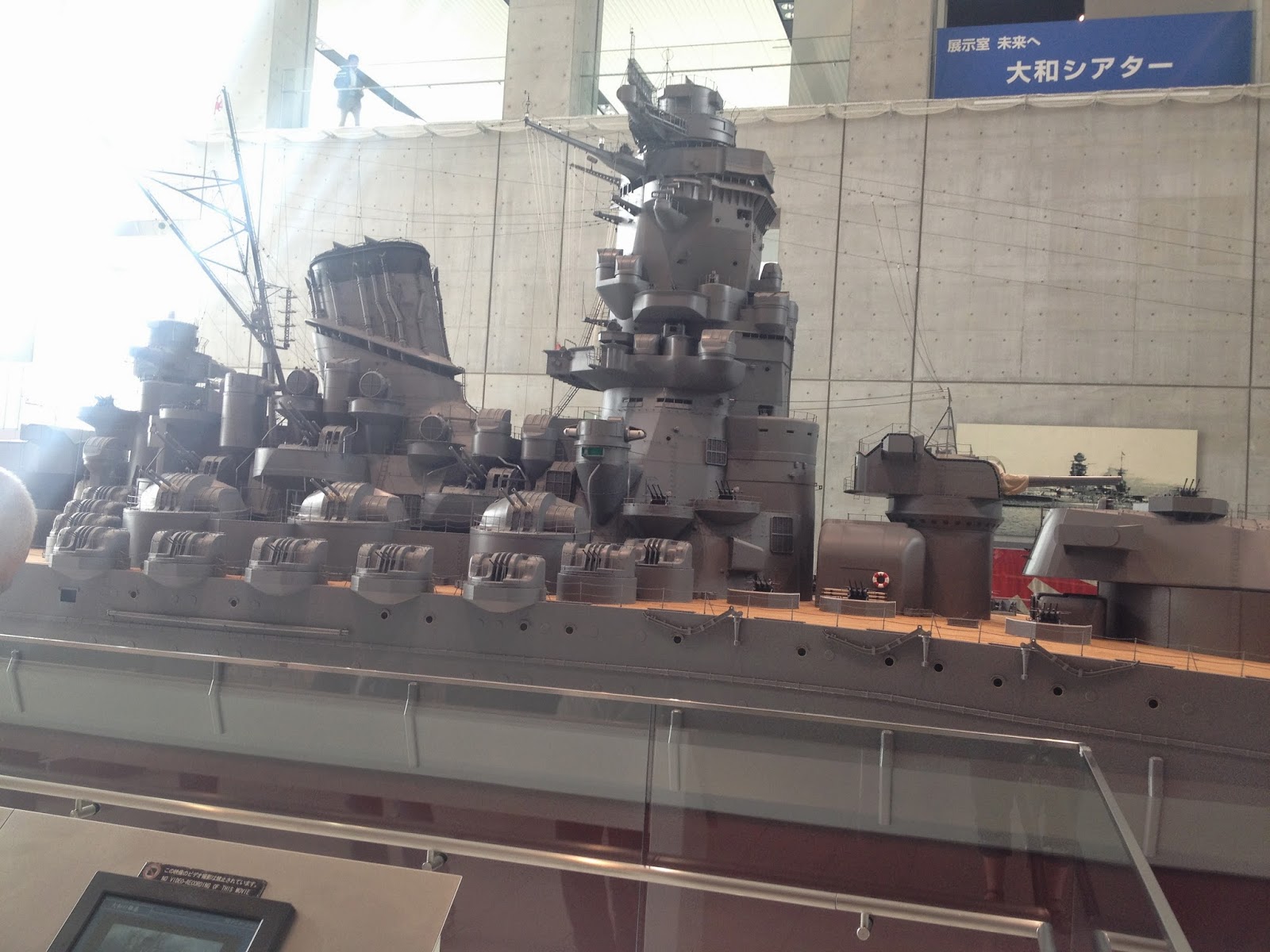 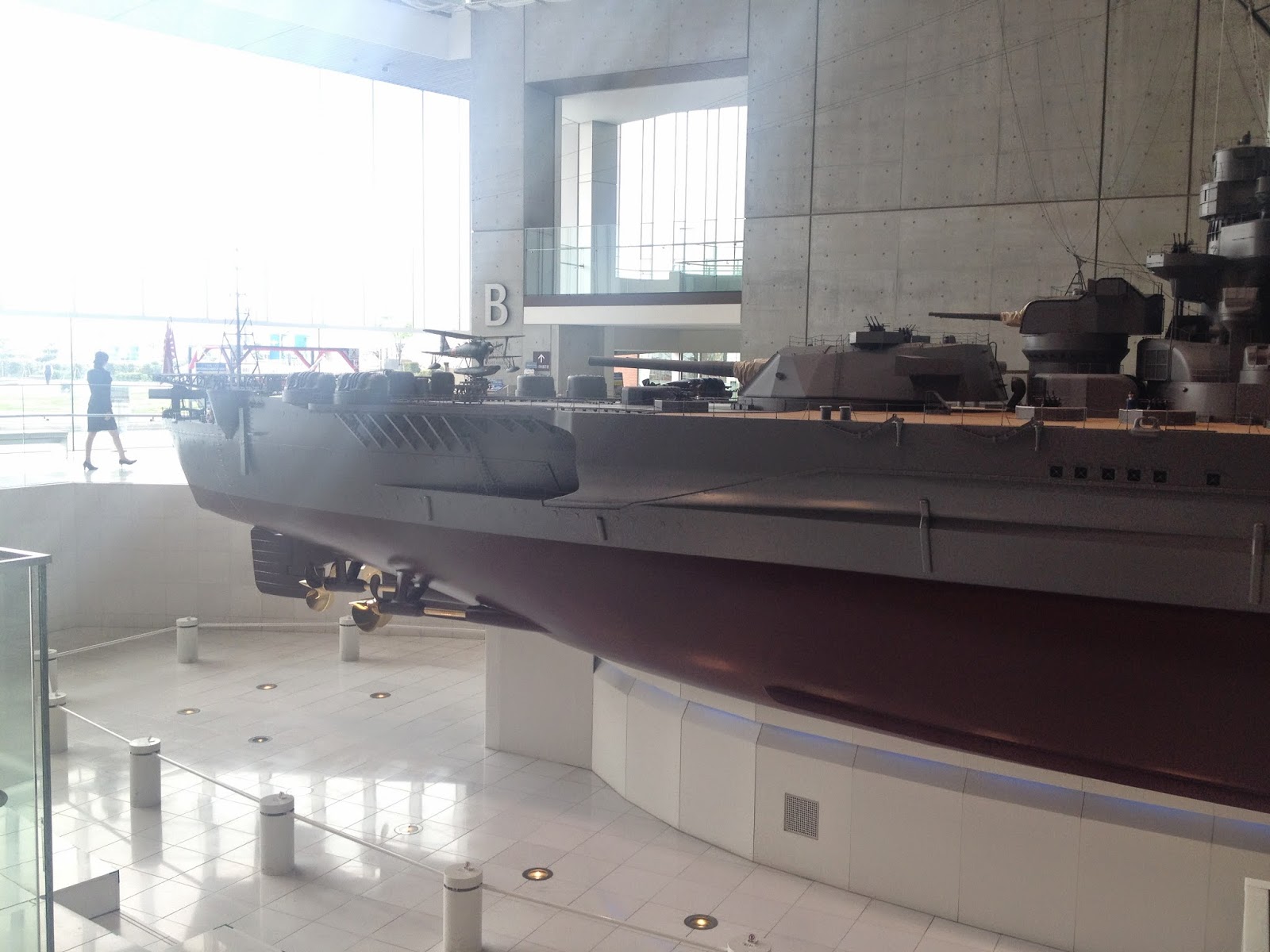 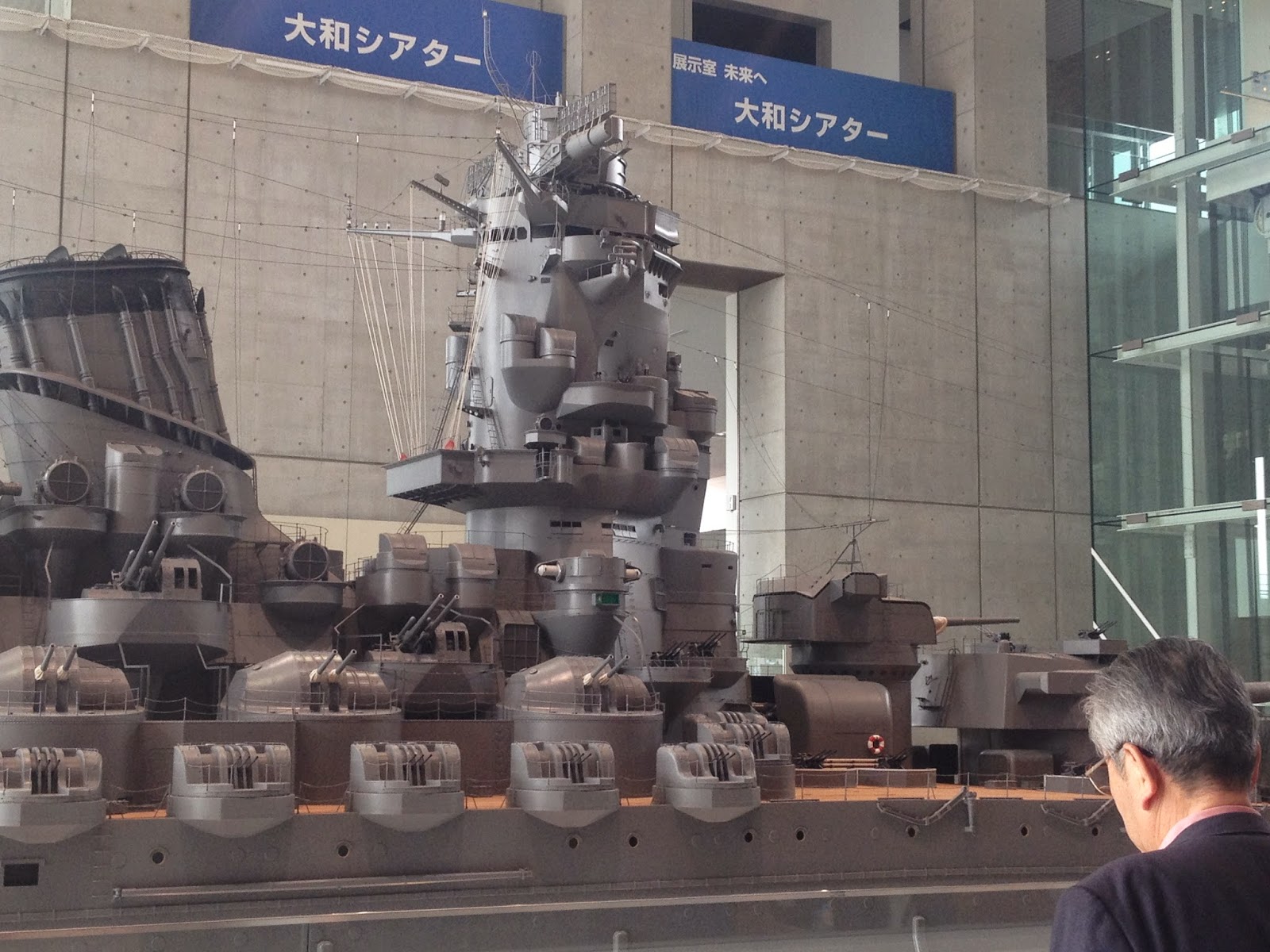 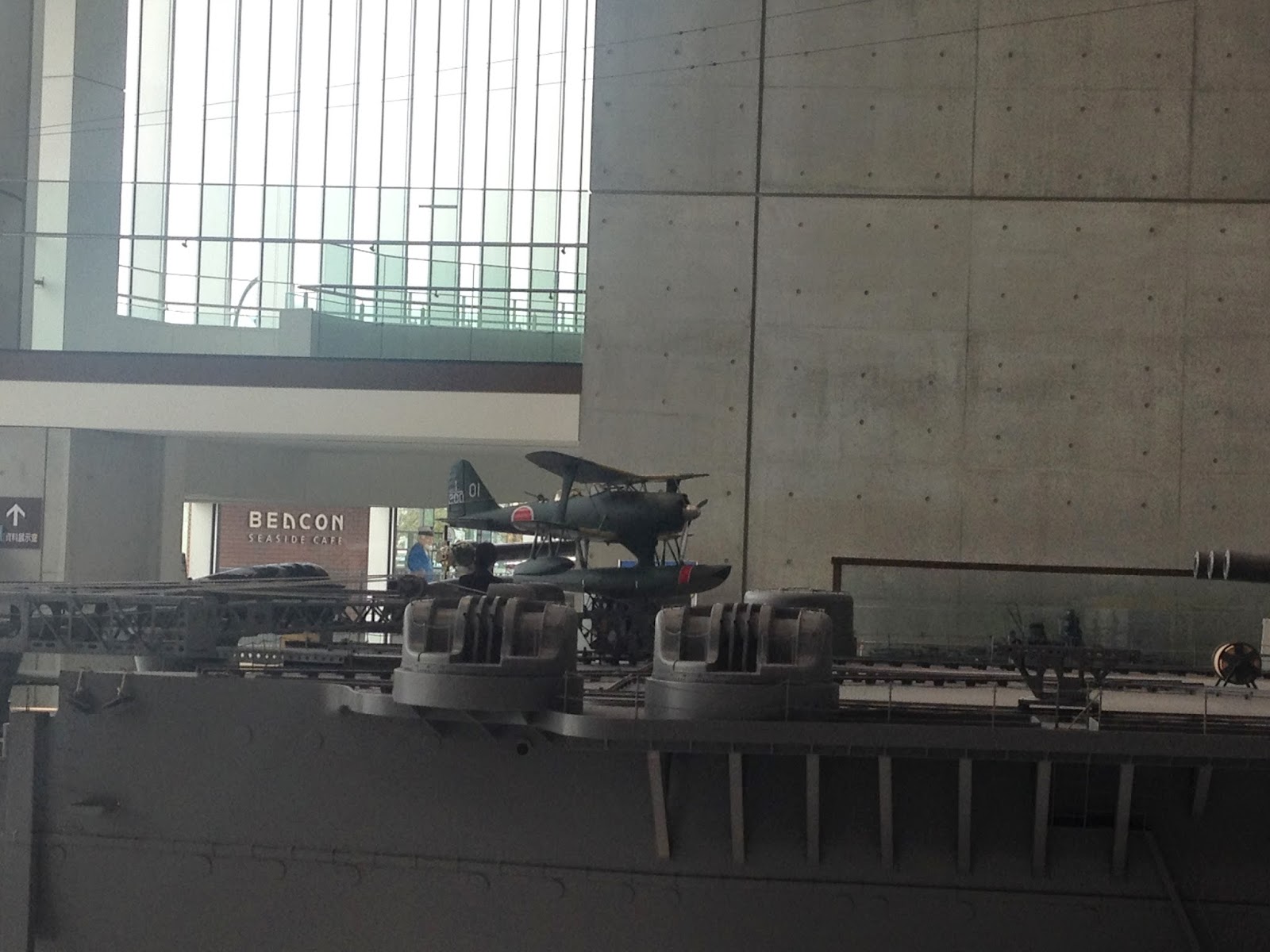 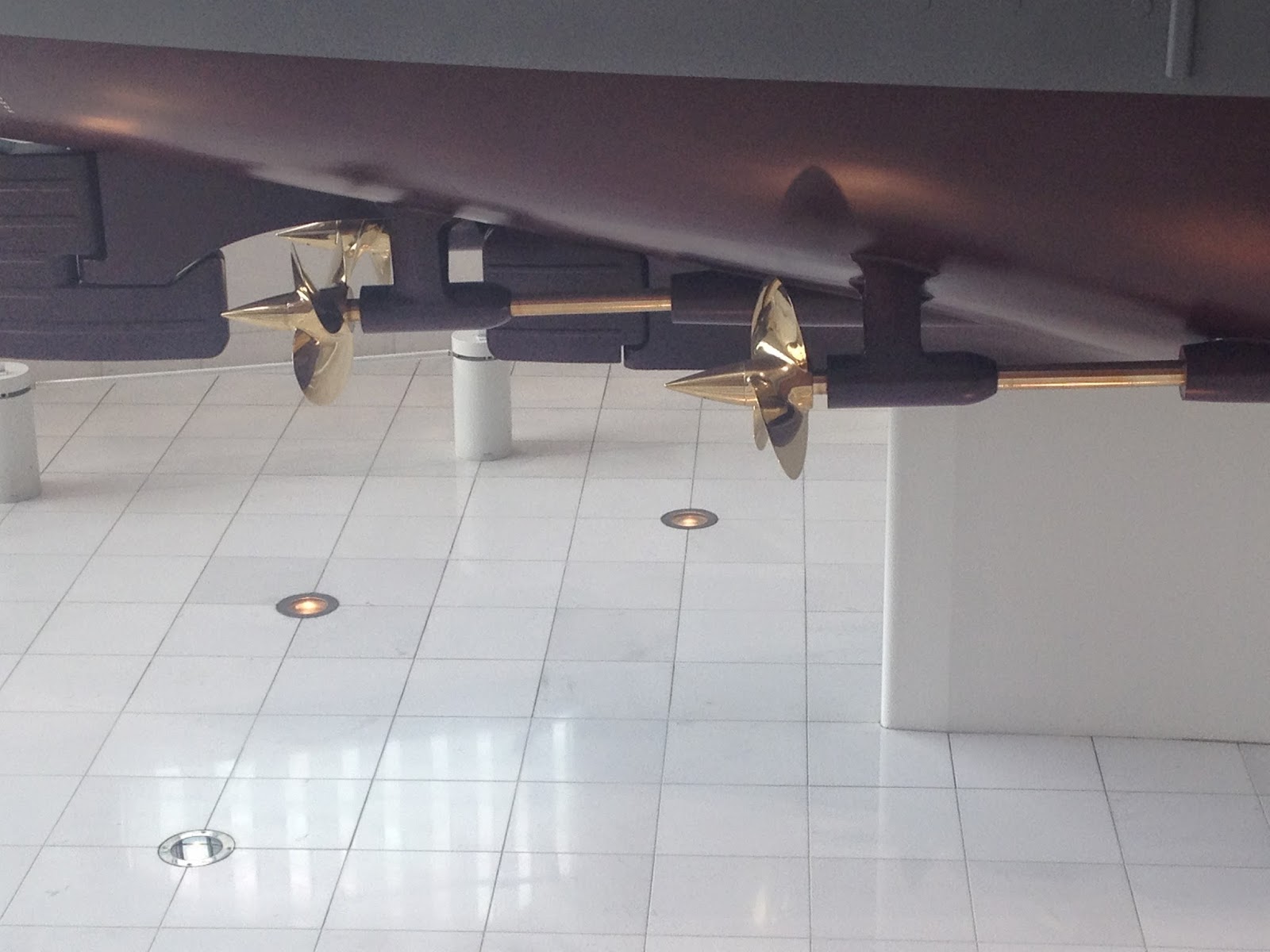 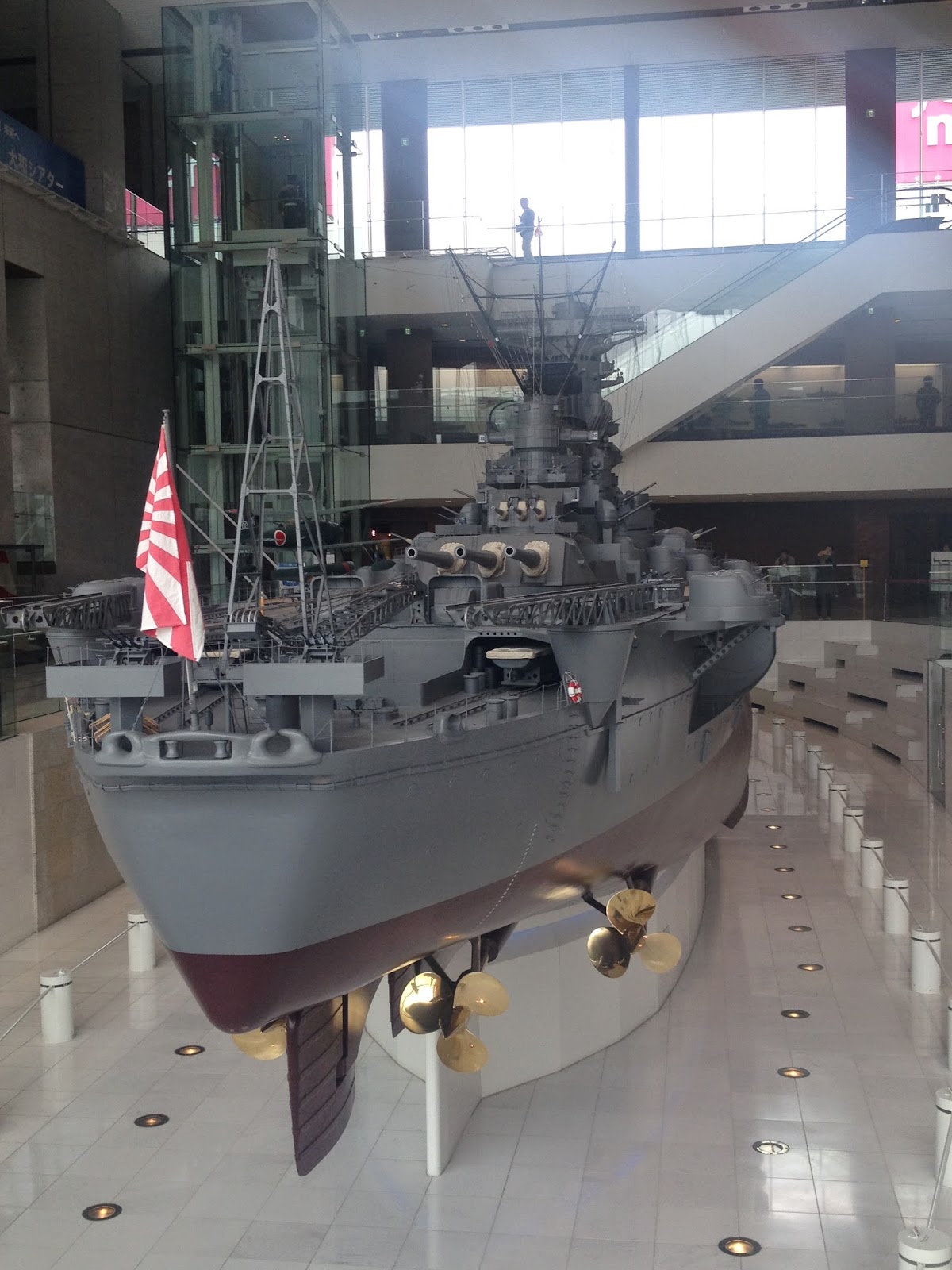 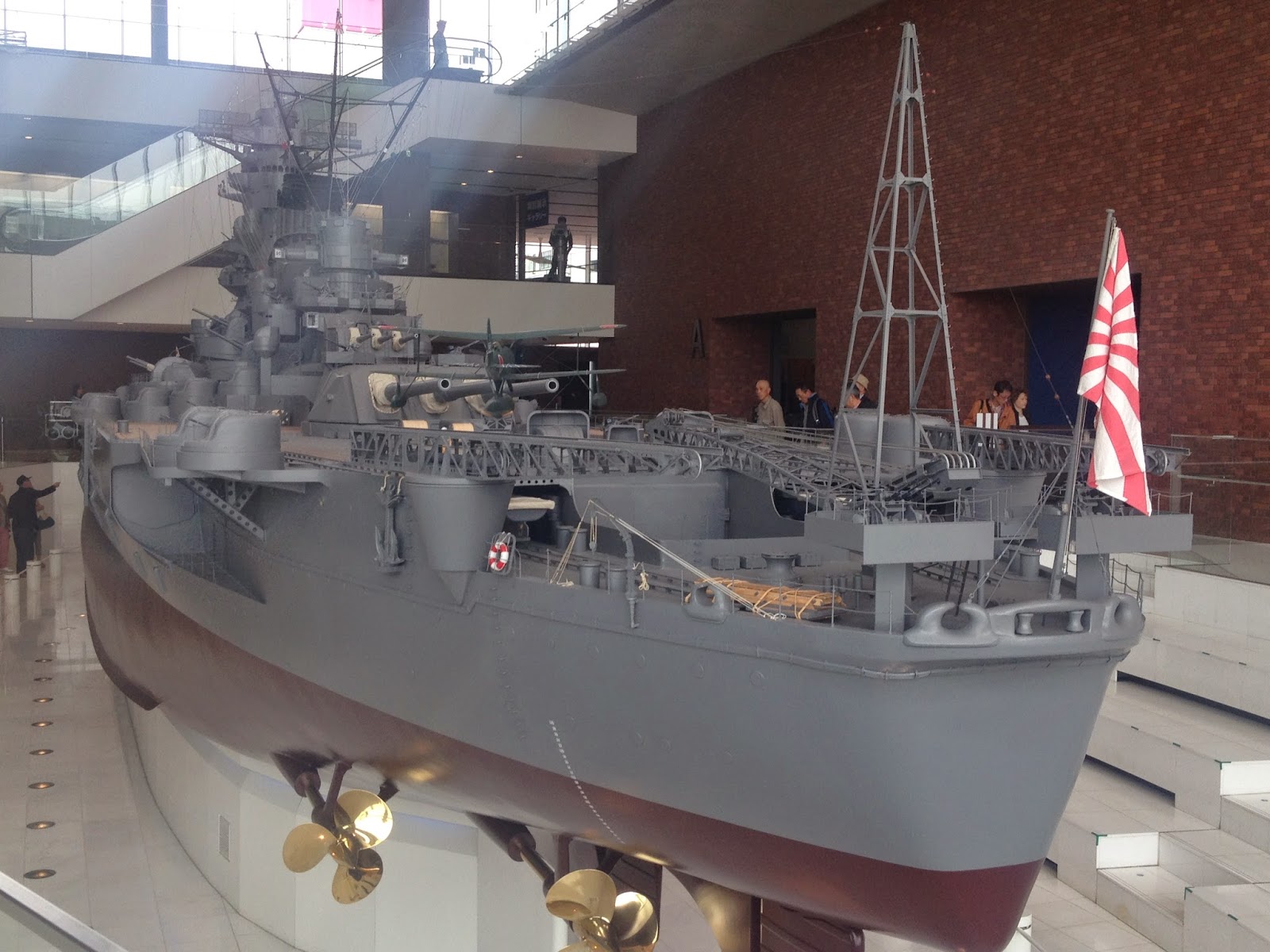 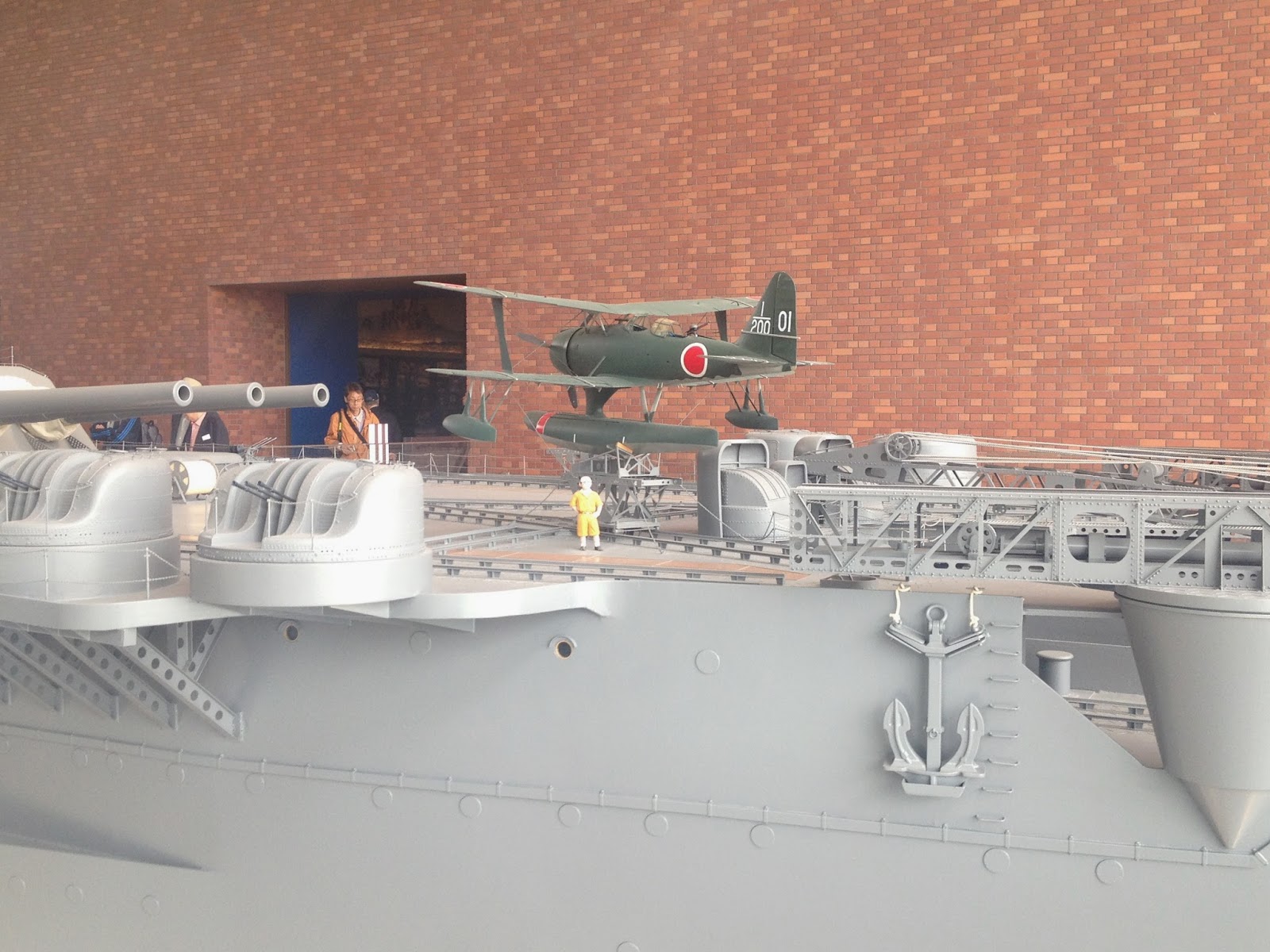 If you have the chance, go and see it.

For more information on the Yamato, please visit this Wikipedia link.

Posted by aprilperlowski at 2:50 AM