This weekend's adventure was a trip to Sunshine City http://www.sunshinecity.co.jp/ .
We rode the train in and spent the rest of the day exploring.

After having lunch at a a Thai restaurant, we took the elevator to the observation deck on the 60th floor. I've never been on an elevator that went as fast as this one. At its peak speed it was going 600 KM/HR.

3 shots of the same view from different perspectives. 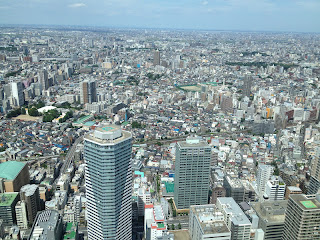 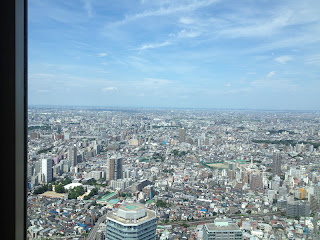 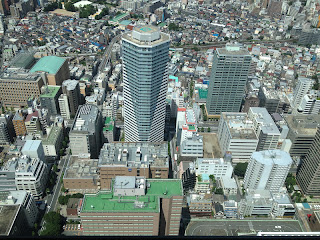 The Tokyo Skytree in the distance. 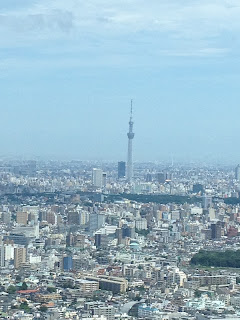 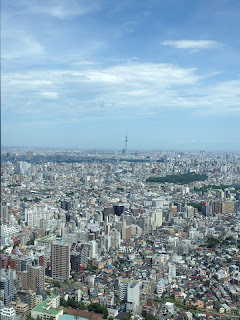 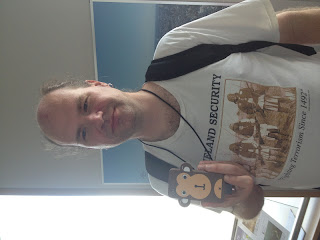 After the observatory we visited the aquarium. We saw a small seal show, and toured the exhibits - Sunfish, octopus, etc. The Aquarium was VERY CROWDED. If we go again, it will not be on a Sunday.


Cool! There is an Ultraman statue outside the building. 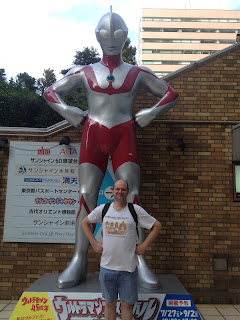 There was even a Cat Cafe. 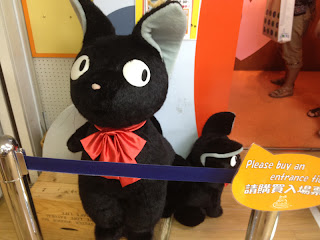 It wasn't what I expected. Some cats were on display behind glass. 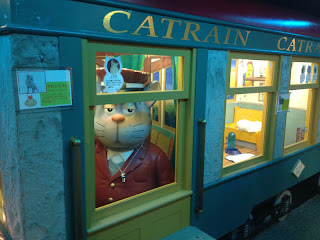 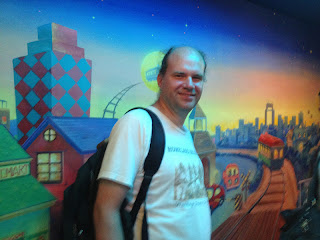 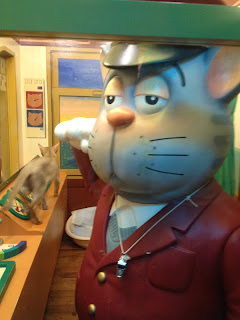 Others hung out on perches. Most seemed immune to the fact that people were there that wanted to pet and cuddle them. 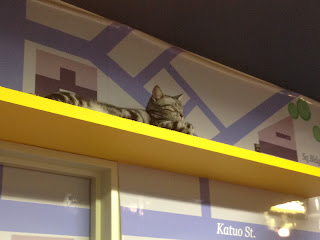 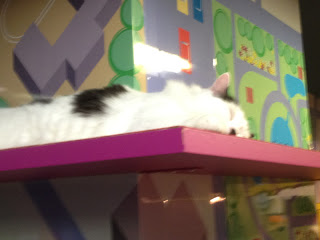 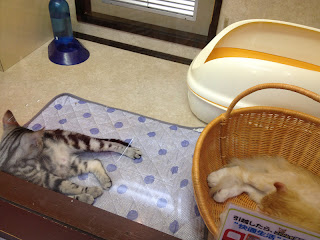 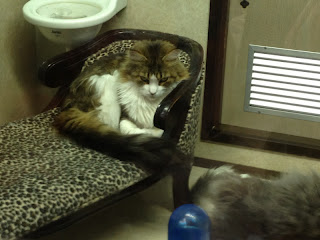 A worker did bring out a couple of cats to play, but only one at a time.

In the evening we had pizza at Shakey's and then headed home on the train.
We only saw a fraction of Sunshine City, so we swill definitely head out there again.
Posted by aprilperlowski at 12:11 AM