Just because I did not receive any dolls as birthday presents doesn't mean I didn't buy myself any pressies. Over the last few months I have been purchasing some long coveted dolls from Ebay.

In 1980, I wanted these three dolls soooooooo much. For my 9th birthday I received  Super Teen Skipper and her boyfriend, Scott paper dolls, but not the actual dolls. The paper dolls were wonderful and had so many outfits. Starr was marketed as the ultimate teen doll. Instead of being a Barbie friend, Starr had her own line of friends, clothes, and even a car. She was fashionable and in tune with the feel of 1980. when I look at her, it's like looking at a doll version of P.J. Soles from Rock 'N' Roll High School.

Here are my three birthday purchases in their boxes. 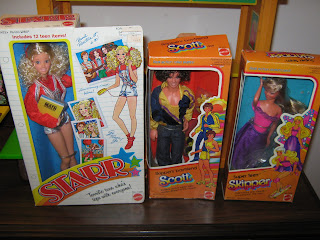 I decided to unbox and set them up on Tuesday, a couple of days before my birthday. I had no idea that they would be all shook up less than an hour later by one of the few earthquakes that have hit our area. Luckily, nothing fell over.

So at last, 31 years in the making, Skipper and Scott get to go on their first date. 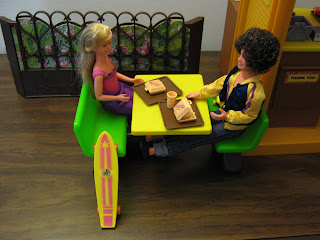 Now, they are eternally 13 years old (or there about) so an ideal first date location in 1980 would be the local McDonald's. 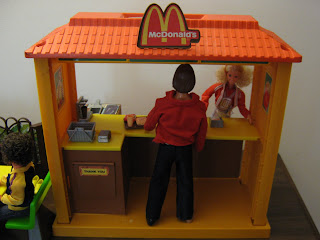 Looks like Starr has a part time job working the counter, and yes, that hunky customer she is helping is Shawn Cassidy (my original 1970s doll, ripped shirt and all). 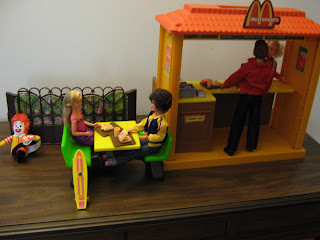 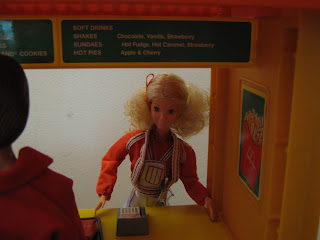 After the date, Skipper shows off some of her skateboard moves while Scott gazes on adoringly. 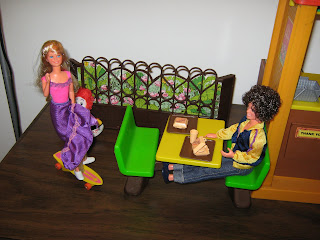 Posted by aprilperlowski at 10:56 AM