My birthday is the last week of August. 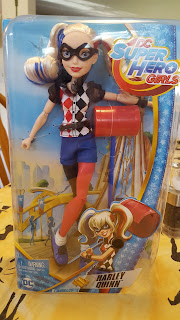 When the DC Superhero Girls dolls first came out, I decided to not purchase her, since I tend to like heroes more than villains, but eventually I decided I needed her to hangout with the rest of the crew. 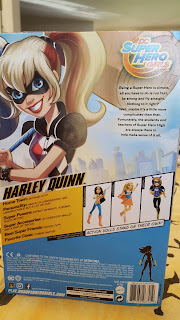 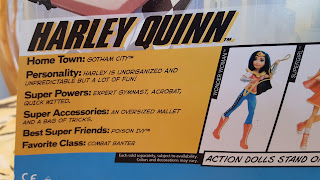 Like a few of the other DC Superhero Girls dolls, she did not come with a student ID card. I wonder how they decided some characters got them and others did not. 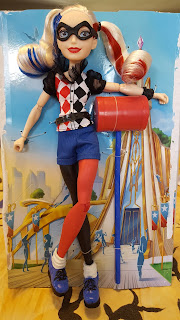 Too large for her to stand without support while holding, it turns out. Oh well, that is what salt and pepper shakers are for. Right? 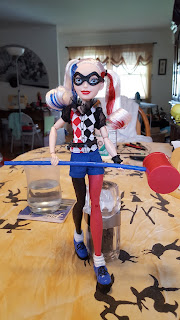 This version of Harley looks way too sure of herself to ever fall for Mr. J (The Joker). Especially since Ivy (Poison Ivy) is already around. 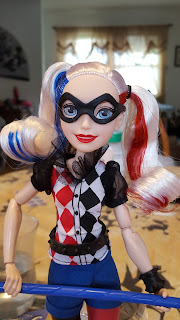 With Harley's addition to my collection, I am only missing 2 characters from this line - Blackstar, who came in a Target exclusive 2-pack with Starfire; and Cheetah, who was in a San Diego Comic Con 2-pack with Wonder Woman and then later was released by herself. 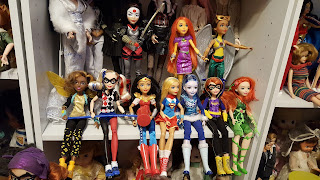 Posted by aprilperlowski at 12:44 PM