Universal Studios Japan, Part 3: Everything Else

Like Universal Studios in Florida, the park is divided into neighborhoods, all circling a body of water. The neighborhoods I haven't discussed yet are Hollywood, New York, San Francisco, Jurassic Park, and Amity Village. 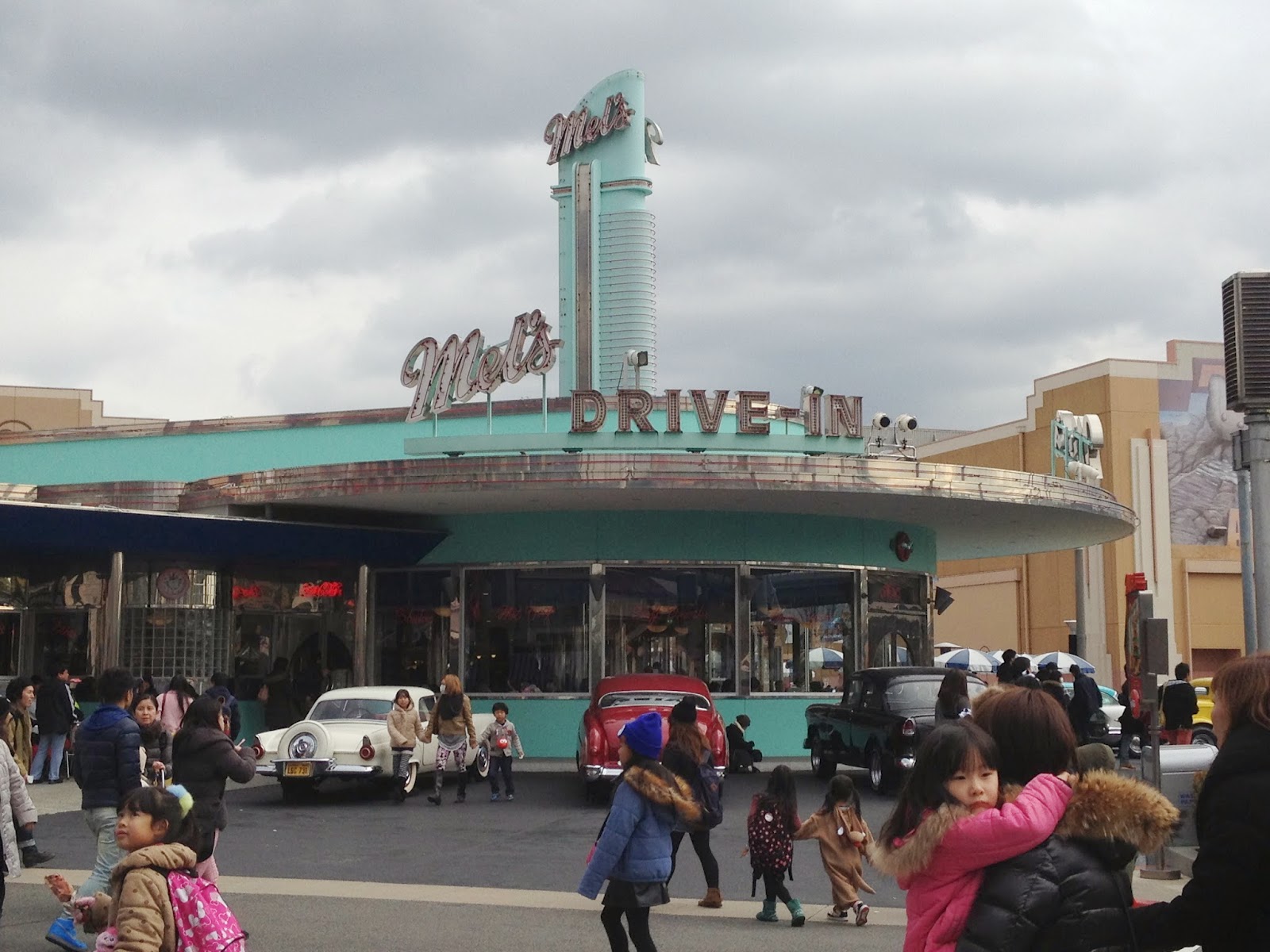 In New York, Terminator 2: 3-D kept us entertained. We had lunch at Finnegan's Bar & Grill. 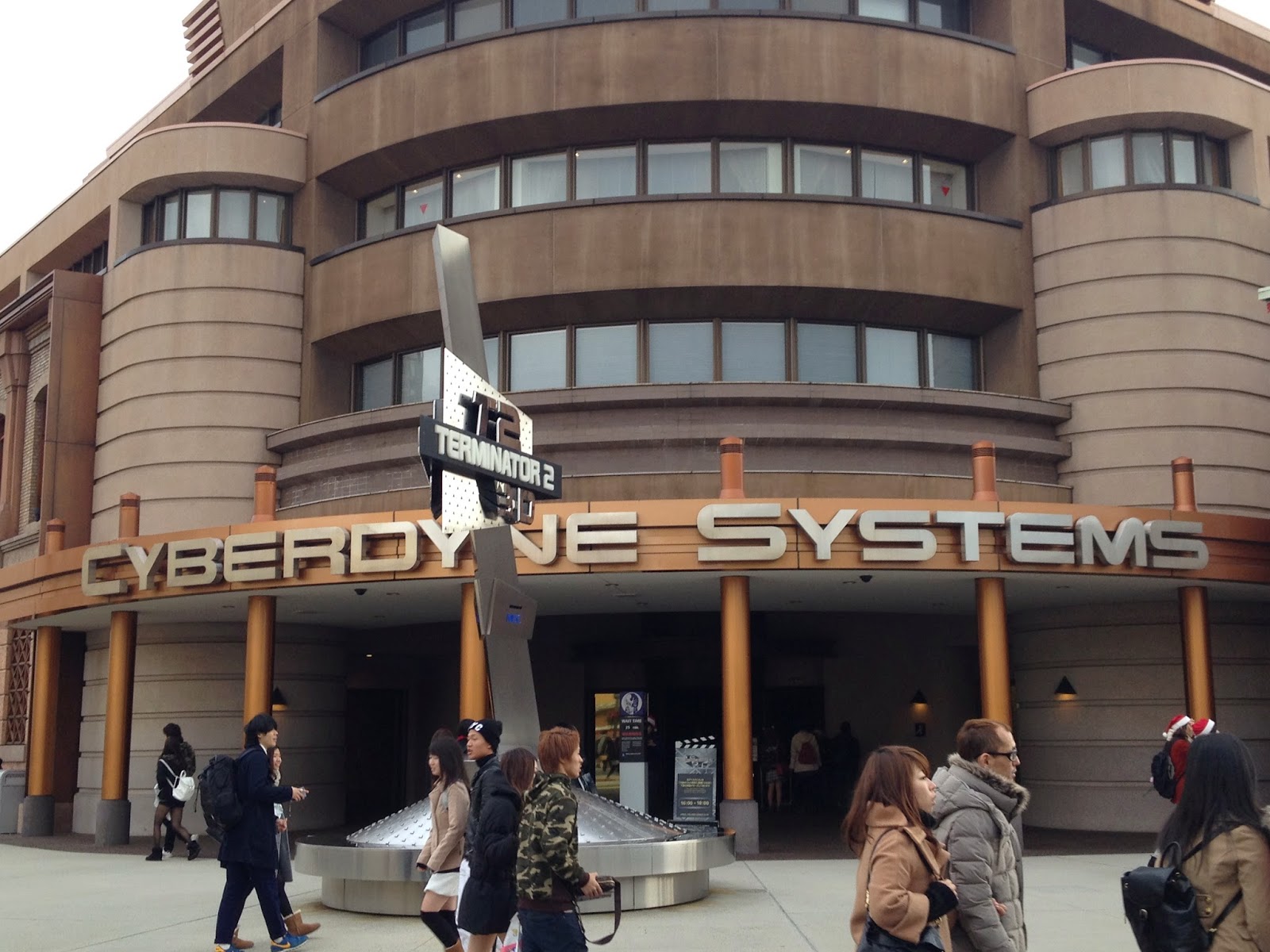 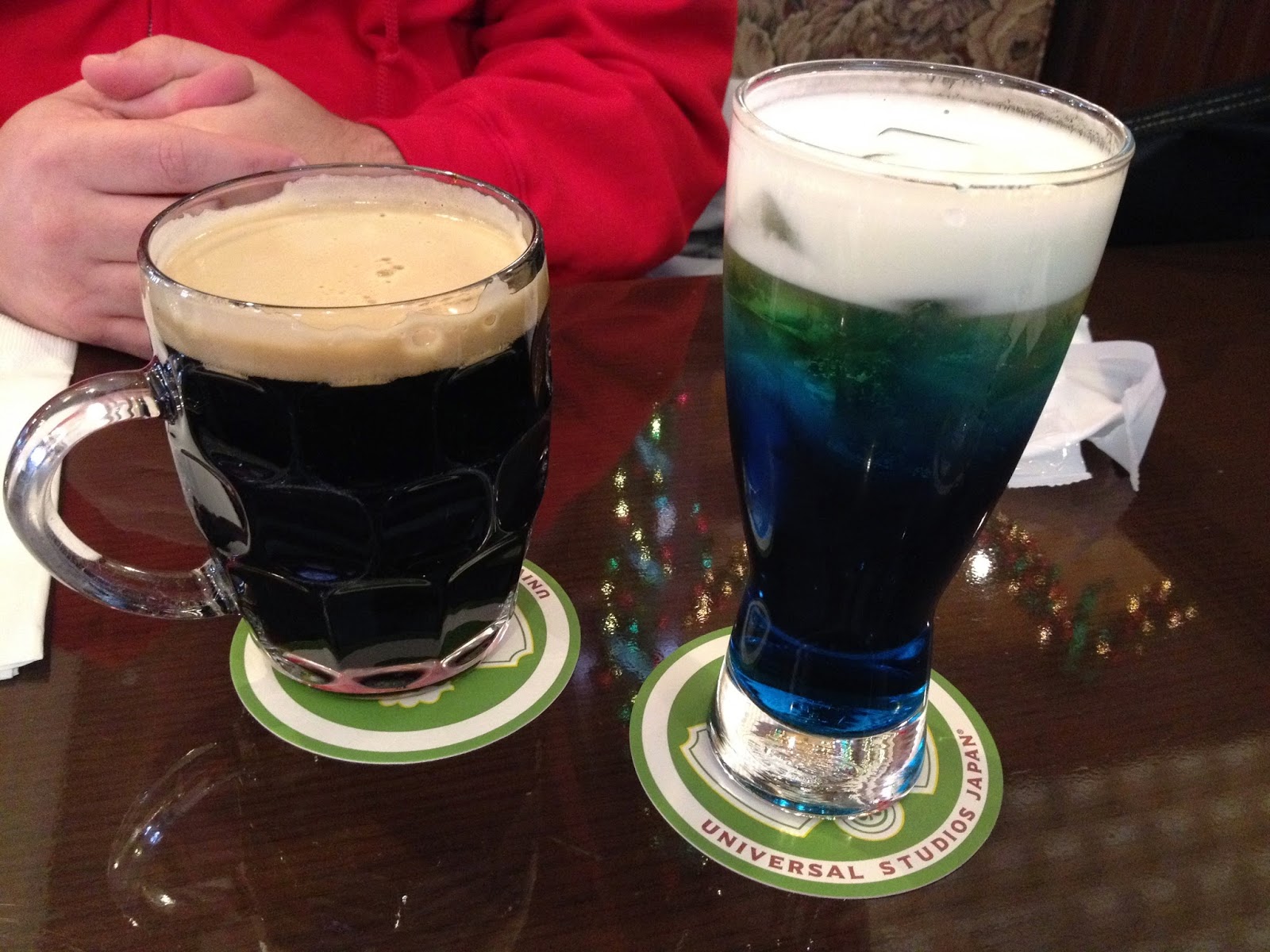 This Irish pub was well stocked with drinks and had a slightly larger menu than the other restaurants we looked at. I had a seafood potpie. 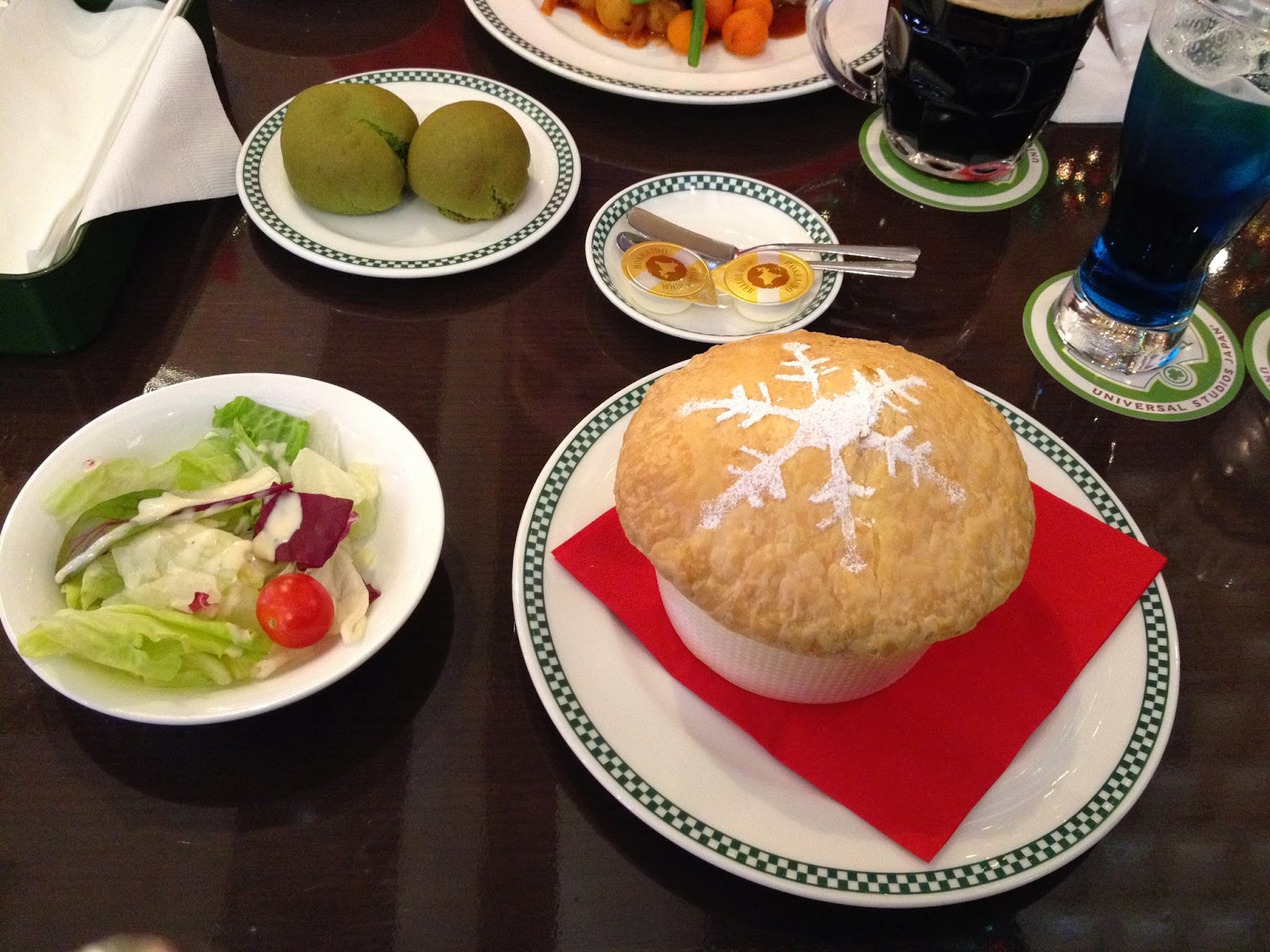 Dave had the beef stew. Both meals were tasty, as were the drinks. 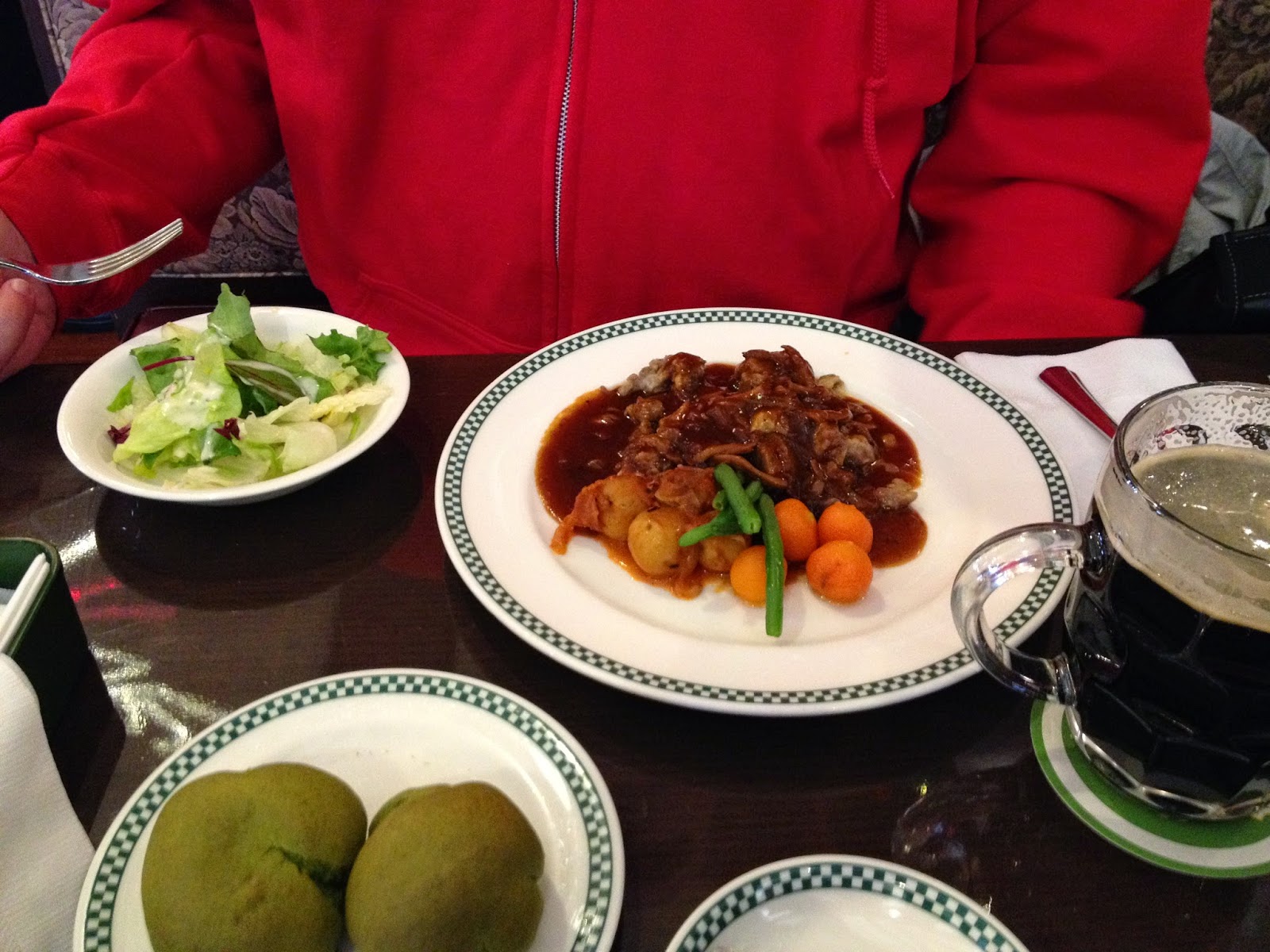 San Francisco is home to one of my favorite rides from when I visited the Florida park when it was new, Back to the Future - the Ride. Backdraft is also in San Francisco. It loses a bit by not being in English, but is still easy to understand. Both of these attractions are no longer at Universal Studios in Florida, so it was a bit like traveling back in time to experience them here. 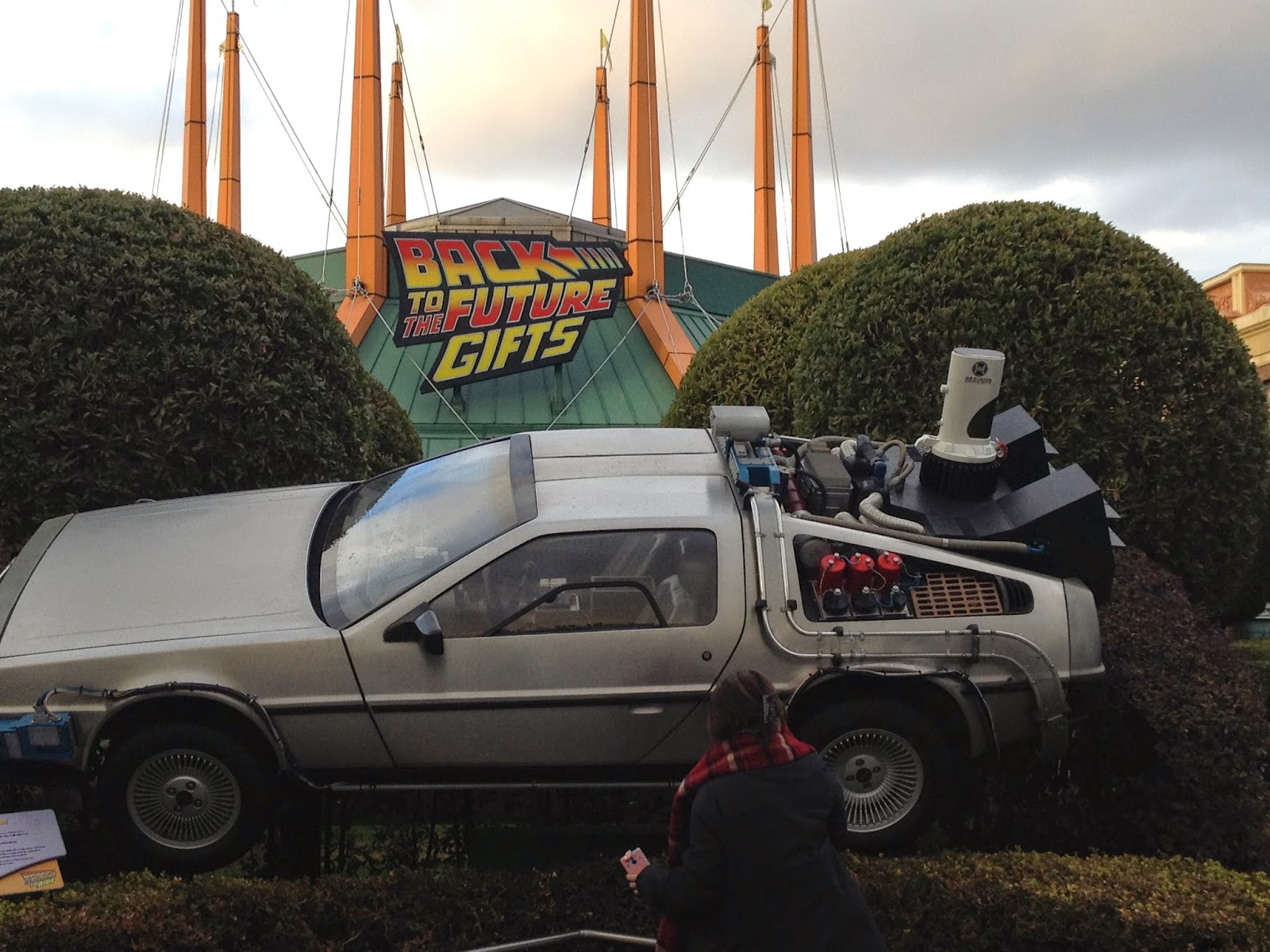 In Jurassic park we rode Jurassic Park - the Ride. We were silly. It was 40 degrees out, we did not purchase the ponchos for sale at the start of the line, and we got really wet. It didn't help that we were in the front row of seats in the boat. 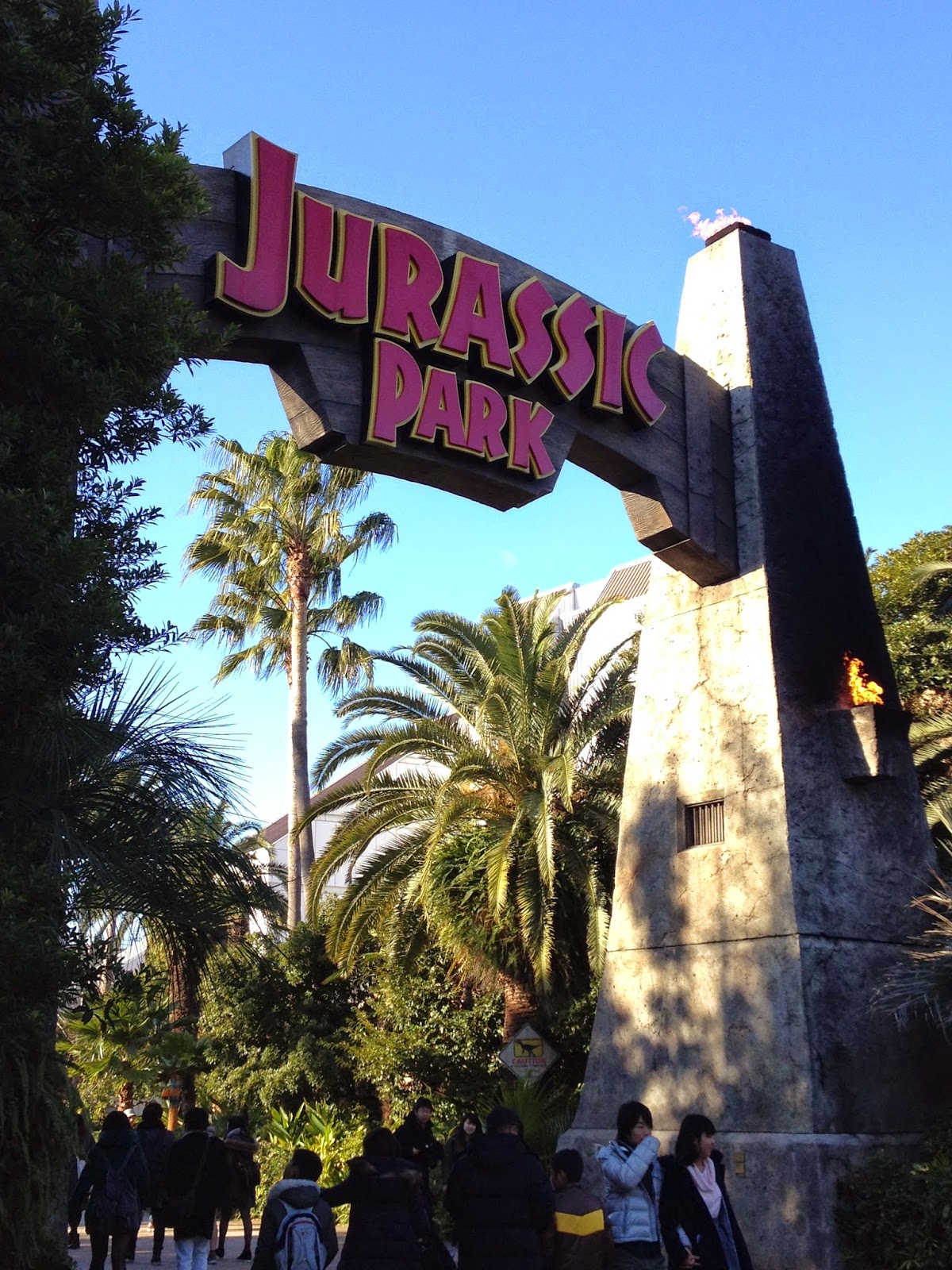 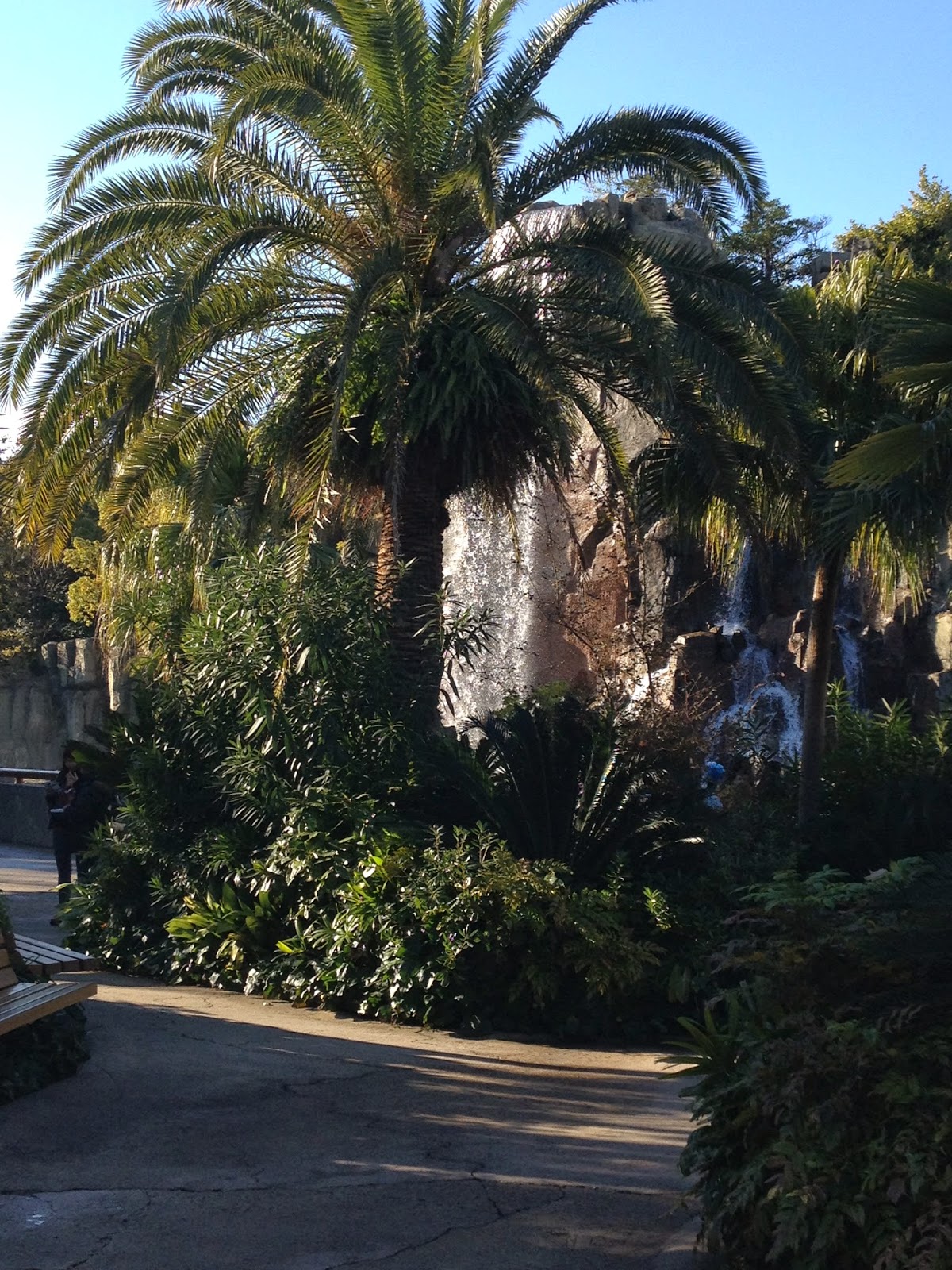 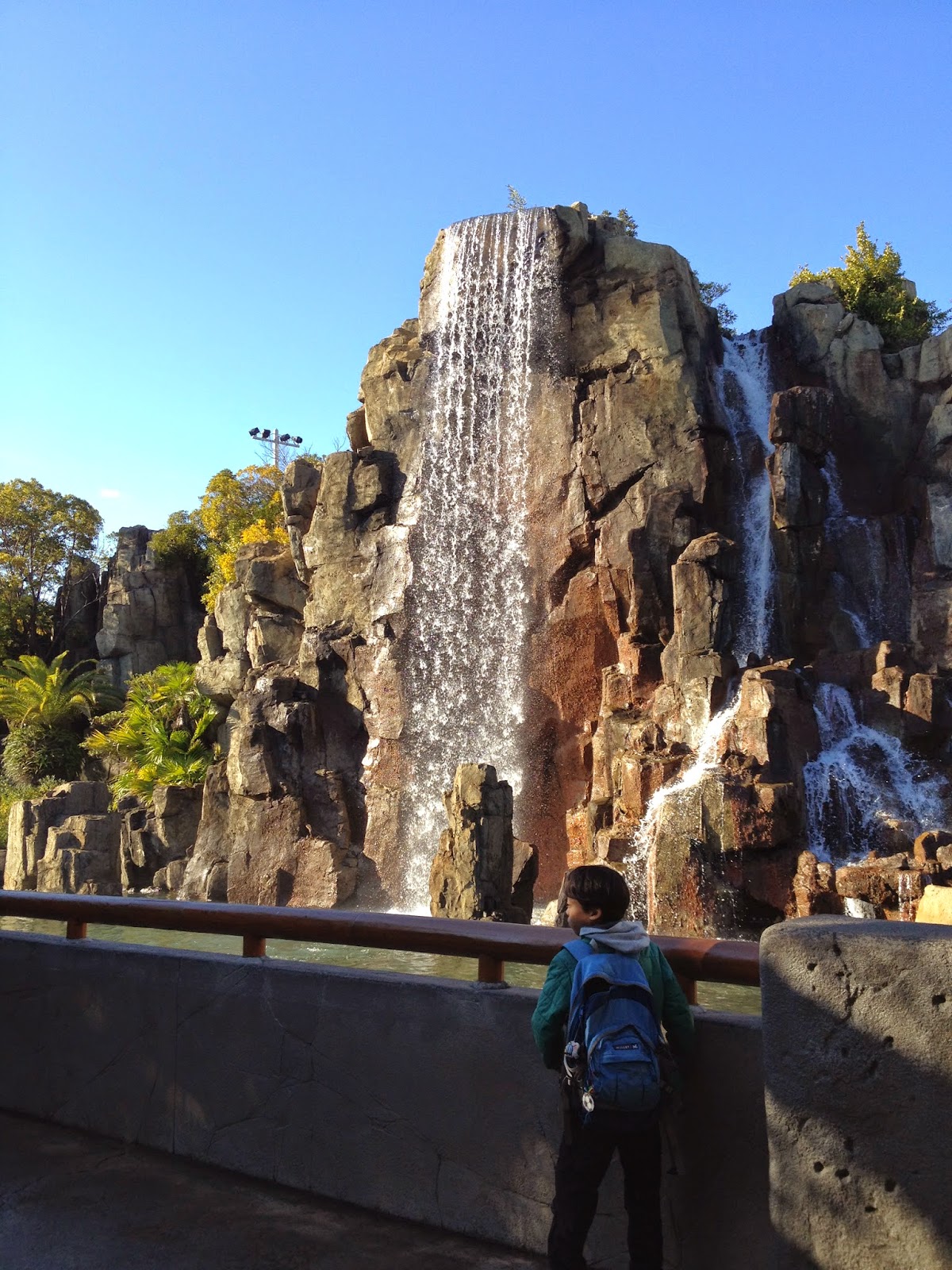 We had dinner at the Discovery Restaurant the first night. The food was mediocre, but we were hungry and tired. 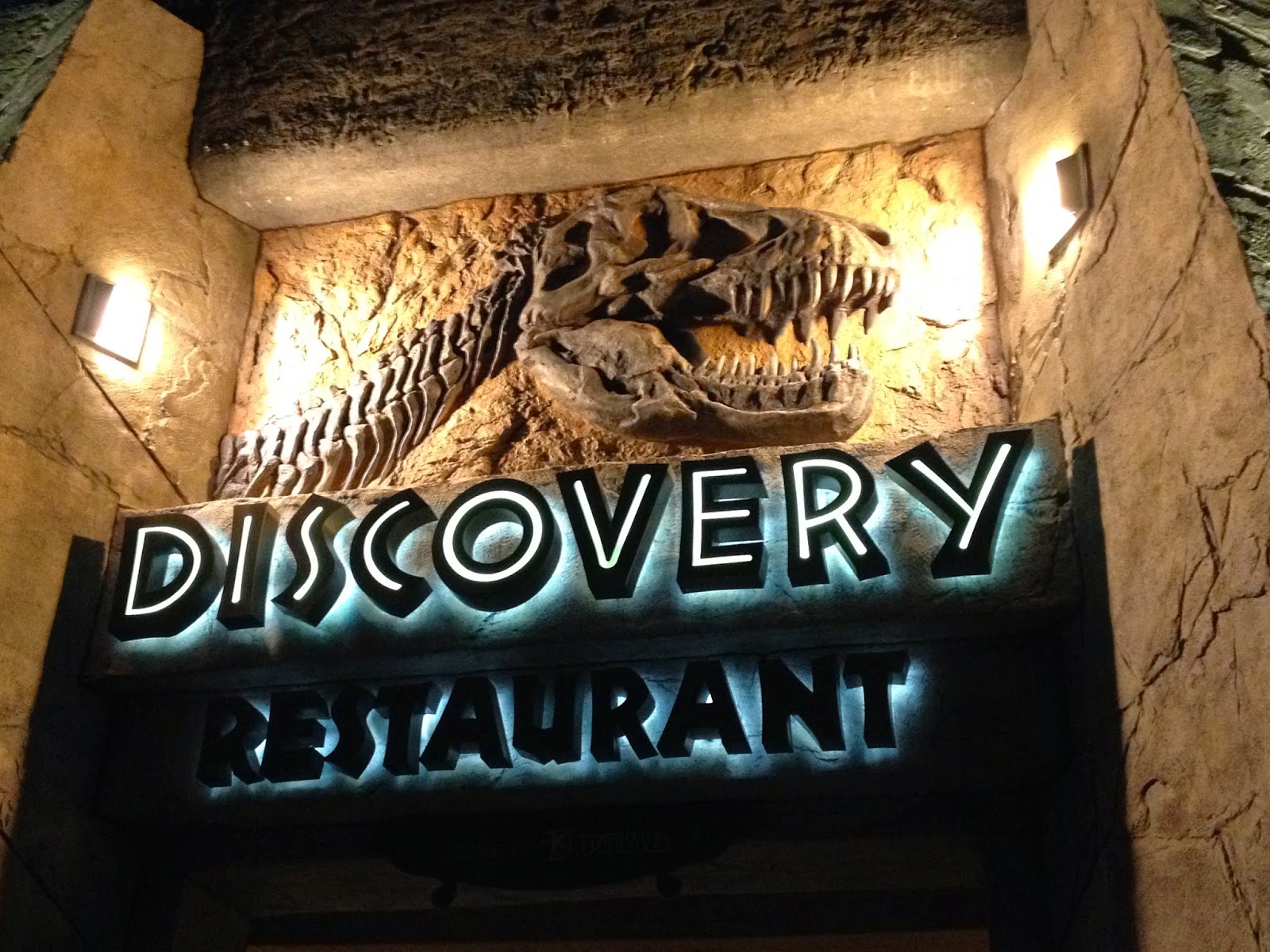 The decor, though, was nice. 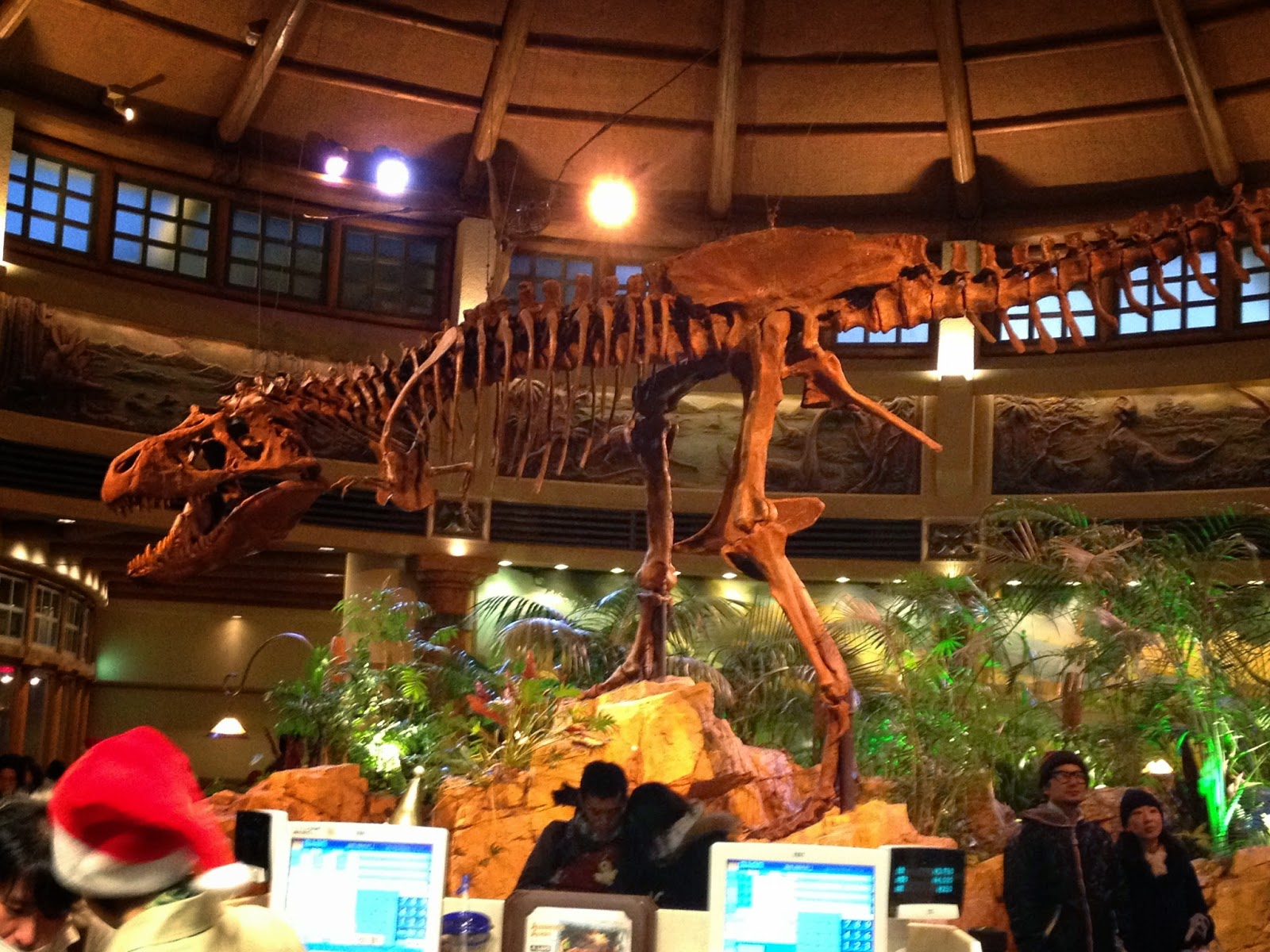 Amity Village is all about Jaws. Jaws - the Ride (another ride no longer in Florida) was my favorite attraction at the park. While corny and outdated, the effects are fun and our tour guide/actress was hilarious. 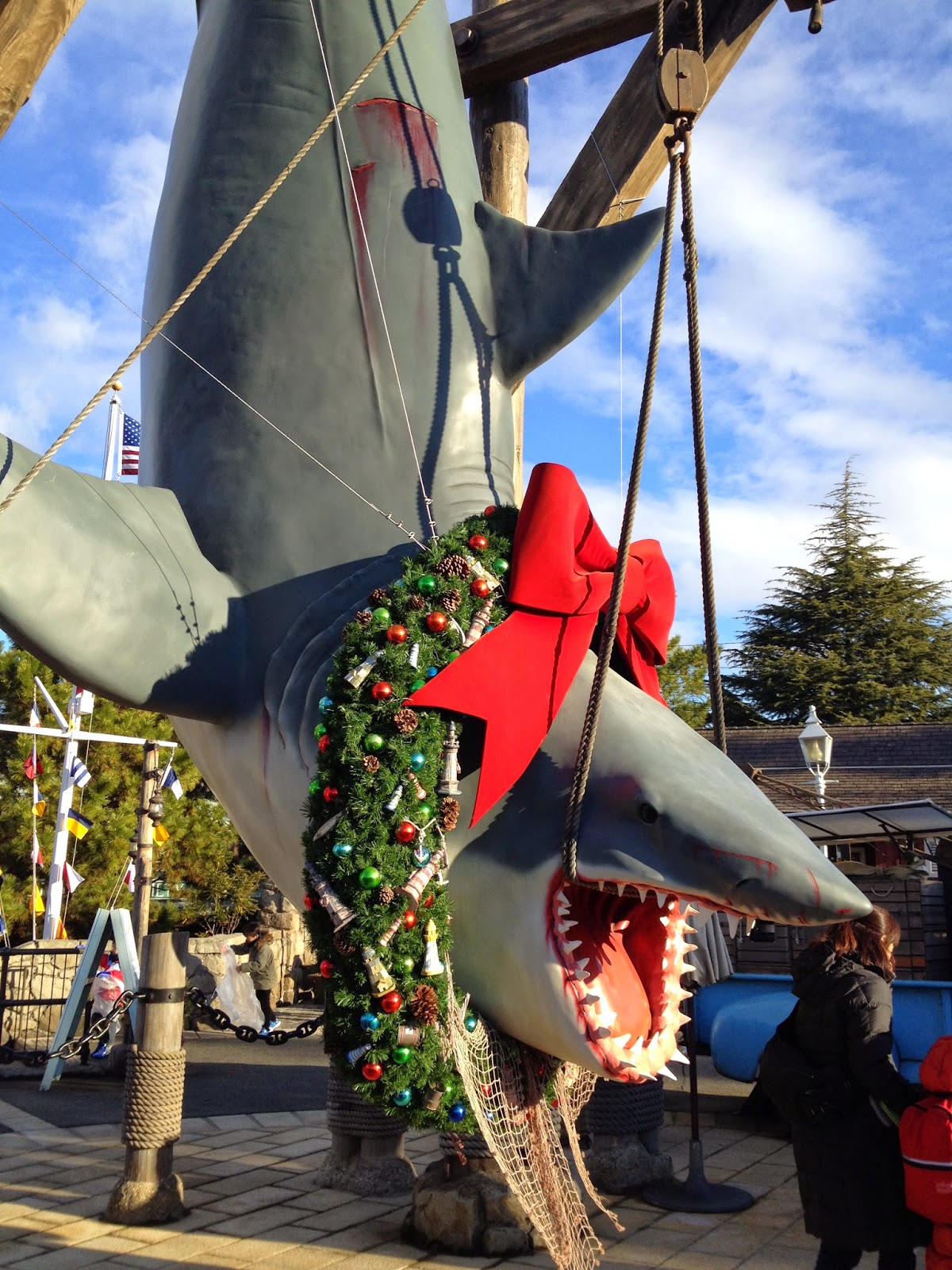 What do you think, should this be next year's Christmas card? 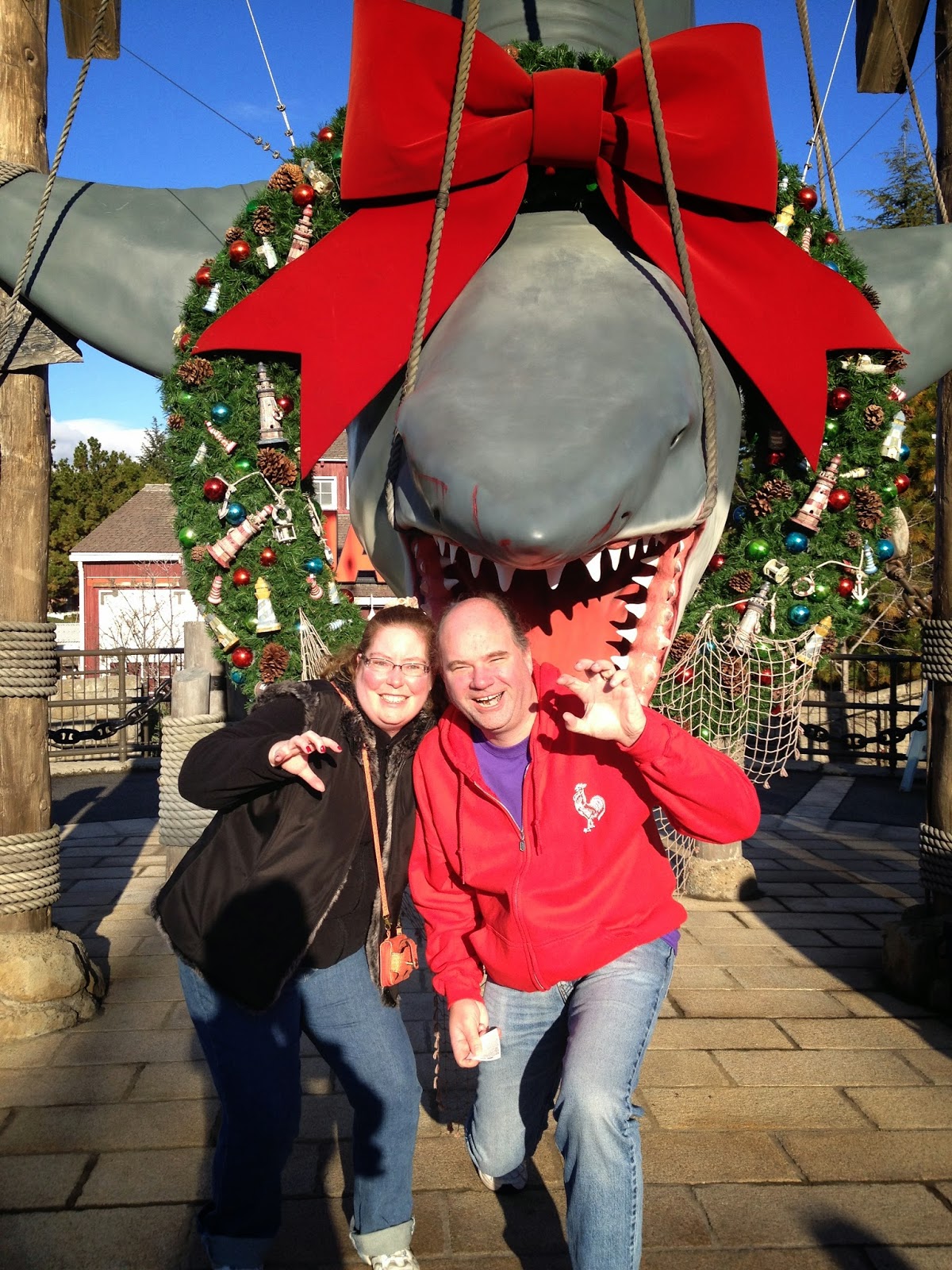 We had a great trip, but if you are planning on going, here are some helpful hints:

1. Fly out the night before your visit. We flew that morning, which meant that we had to get up around 2:30AM to make a 6:30AM flight.

2. Buy the ticket package that comes with the priority attraction tickets of your choice. It is more expensive, but you won't have to wait in really long lines.

3. Smuggle snacks in with you, and remember that there is a mall right outside the park with lots of restaurants. You have to ask at the gate before you leave the park for permission to re-enter. If they are feeling kind, they will stamp your hand.

Posted by aprilperlowski at 10:48 PM