Since we had to be downtown for an errand, Dave and I decided to go to Tokyo Tower and get another "Tourist Site" off our to do list. 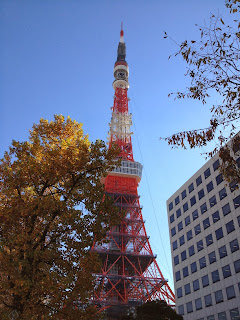 There was no line to go up to the observatory deck, so we went straight up (unfortunately the special upper deck was closed) to catch a view of the city. While not as high as the observatory deck at Sunshine City, the day was clear and we enjoyed the view. 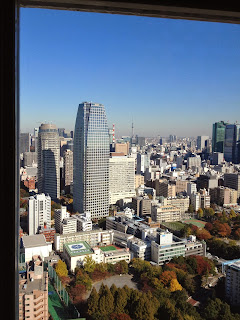 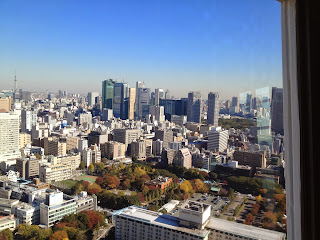 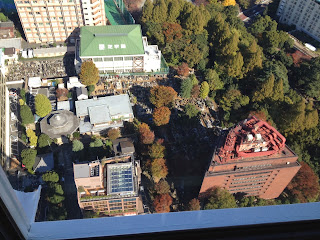 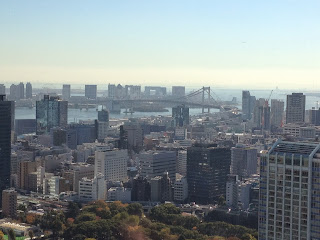 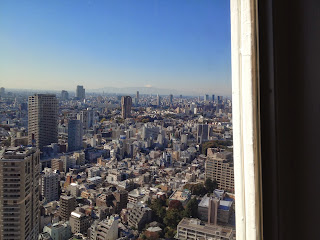 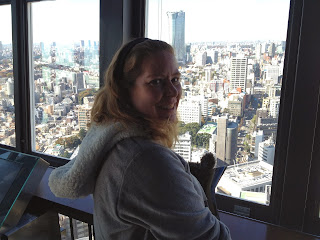 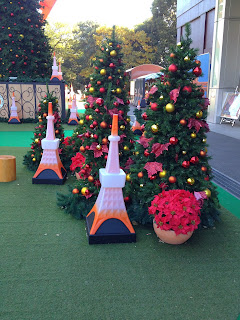 I was then excited to view the lower levels, Foot Town, which according to Wikipedia, "FootTown, a four-story building located directly under the tower, houses museums, restaurants and shops."

Ummmmmm, not exactly. There is a so-so food court, a runners' store/spa, a Tokyo Tower gift shop, and some cheap/sleazy Tokyo Omiyagi carts. On the first floor there is an aquarium that seems to be a room with a few fish tanks in it (I wasn't going to pay 1,000 Yen to see that. 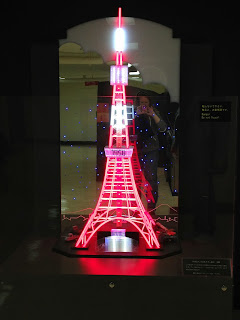 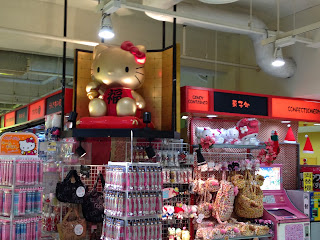 We had lunch at the Chinese Buffet, it was OK, but not good. I would recommend that if you want to see Tokyo Tower that you have lunch at any of the decent looking restaurants you pass on the way to the tower. 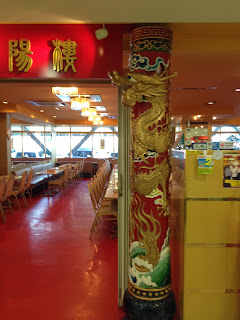 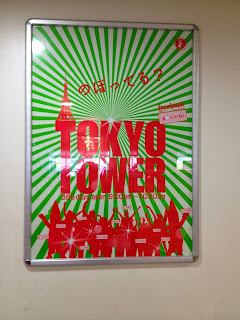 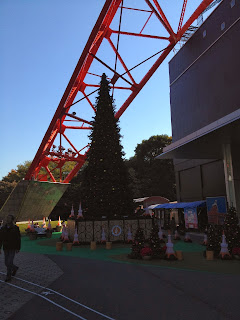 I'm sure that in a couple of years the tower will be completely empty and closed to tourists. 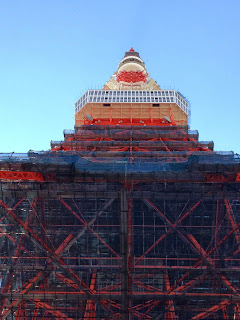 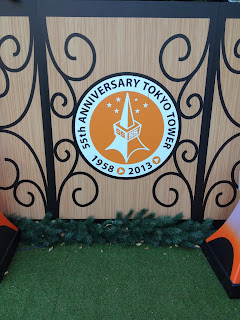 The Tower even has its own mascots, these odd little Tower twins (standing behind Dave). 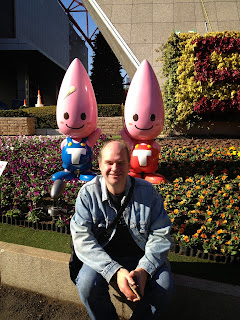 Posted by aprilperlowski at 2:24 AM