Dave and I decided to go to have dinner at the Beer Garden on Mount Takao. 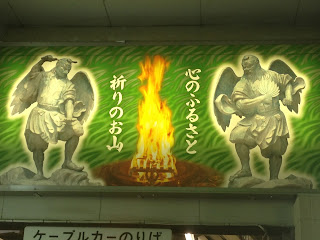 The area below the beer garden was decorated with lanterns. 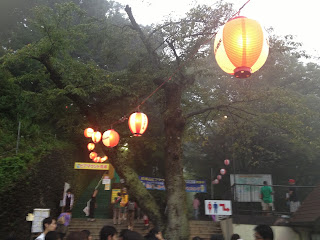 It was a hazy evening and had been raining, so the view was obscured. 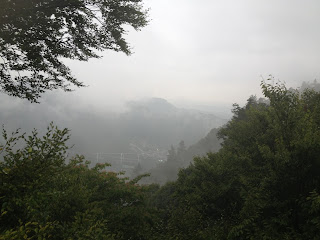 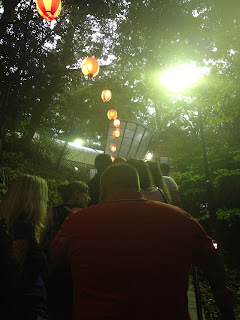 There was tasty beer on tap. - Good. 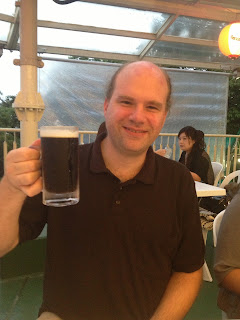 The food, while plentiful, was pretty bland and tasteless.  - Bad.
It was mostly Japanese food. The write up mentioned western fare too, but that would be the pizza that was not available when I went looking for it. (It was available later, but I was already full.) 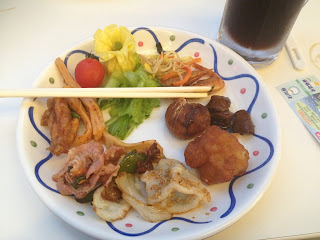 I would not go again. There are much better restaurants at the base of the mountain. 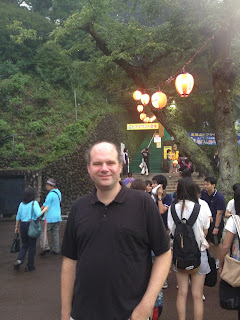 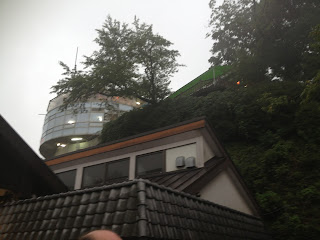 Posted by aprilperlowski at 12:07 AM